And now you want me back 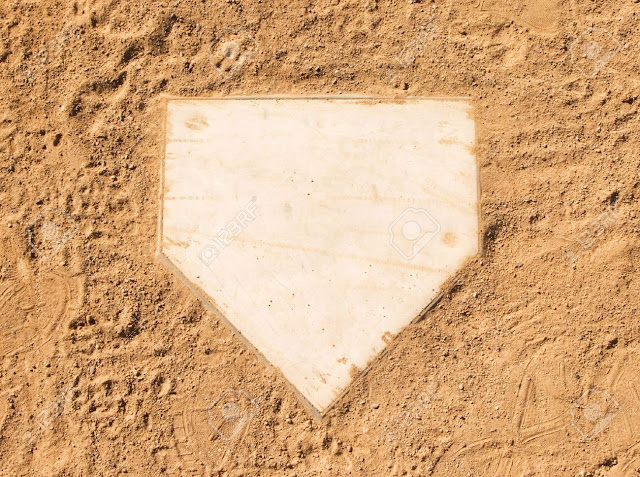 The other day as I listened to "There Might Not Be Crying In Baseball. But What About Cheating?", a segment on NPR's 1A, I became righteously and predictably angry, but something unexpected happened, too: by the end of the segment my love for baseball was renewed.

I should qualify that my love for the game of baseball was renewed, not my love for the sport, which is run by men and women who continue to annoy me in many ways—from the lukewarm punishments meted out to the Houston Astros players involved in the cheating scheme to the pathetic "apologies" issued by many of those same, politically-careful players, from continued intrusive and unnecessary changes shoehorned into the game to the millions of dollars moving from fat-pocketed owners to various right wing conservative groups and politicians. (And don't get me started on replay.) Yet while listening to the segment's host and guests—1A host Todd Zwillich, Yahoo Sports' Mike Oz, the Athletic's Mark Carig, and Astros lifer-fan Tony Adams, who documented the scandal via YouTube clips and whose suffering was practically visible in the air during the discussion—the old tug of the game strengthened. By the end of the half hour was I forced to admit to myself that I might not stay away from the game this season quite as much as I'd predicted I would.

As I listened, a stray comment from Darrin Jackson, of all people, came to mind. Jackson is the color analyst with play-by-play man Ed Farmer on Chicago White Sox radio broadcasts; I've been listening to this pair for years. As a player "DJ" enjoyed uneventful stays with seven teams, posting a career .696. OPS, slugging .403, hitting 80 home runs, collecting 317 RBI, and hitting for an average of .257. He was a top ten Defensive WAR player twice, yet in 1989 was fourth in errors made; the season before inking a sweet contract (for two-million dollars, with the Toronto Blue Jays, in 1993) he was first in Double Plays Grounded Into and fourth in overall outs made. No need to dig any deeper in Baseball Reference's stats trove: DJ was, in short, an above-average player who managed to parlay limited skills into a twelve-year professional baseball career (including a stint in Japan). My favorite kind of player. During White Sox games, DJ will often comment that as a hitter who recognized his limitations, he'd stand at the plate and, against virtually every pitcher, plan on seeing a fastball; he would then adjust to whatever pitch came at him, based on its speed and movement and spin. This approach is hardly novel; in fact, it's standard. Sit "dead red," and adjust.

The fact that a batter at the Major League level can hit anything well still astounds me, given the elite skills of most pitchers: a ball is coming at you at 95 miles and hour and in the split-second of its journey might dart and dip or swerve, break or rise, lose speed or seemingly gain speed, and you've got to swing a heavy bat and try to make contact. Good luck with that. That Jackson was able to make contact over a dozen years against future Hall of Fame pitchers and other hurlers only slightly less gifted, often enough to earn rewards and steady contracts, is a beautiful, even a moving, thing. And he did so by expecting heat, and adjusting. In other words, by guessing and making a change on the fly, a necessary evil in the beautiful game endured by batters age twelve, twenty, forty-two, and every age in between, in back yards and college fields and maybe Yankee Stadium—a necessity born of athleticism in its truest sense, which seeks not perfection but a testing of skills against the body's limitations. Several Astros players tried to sidestep this by cheating.

Give me poor DJ, flailing at the plate, failing often, while cashing a million-dollar paycheck and providing for himself and his family in perpetuity. Cheers to him. I'd rather see a batter stalking to the dugout after being fooled by a pitch than standing on second, having cheated for an unfair advantage; call me perverse. Players will take every advantage they can get on the field. Why do we—fans and players—need anything more? The challenges faced by hitters like Darrin Jackson and hundreds of others like him at the MLB level—chalk up my renewed love for this to naiveté or sentimentality or preciousness. Tell me that I have no idea since I'm not out there facing the game's elite pitchers, often several a game. Call it want you want. I call it my love for the game. I'll stoke it at every college, Minor League, and, yeah, MLB game I listen to or attend this year.

I'll give the great Eric Burdon and the Animals the last words.

Cheating!
I know you’ve been
Cheating!
Oh, yes you have.
Cheating!
And now you want me back.


Photo of homeplate via 123RF; Darin Jackson baseball cards via eBay (Padres) and via Kronozio (Mets)
Posted by Joe Bonomo at 10:59 AM