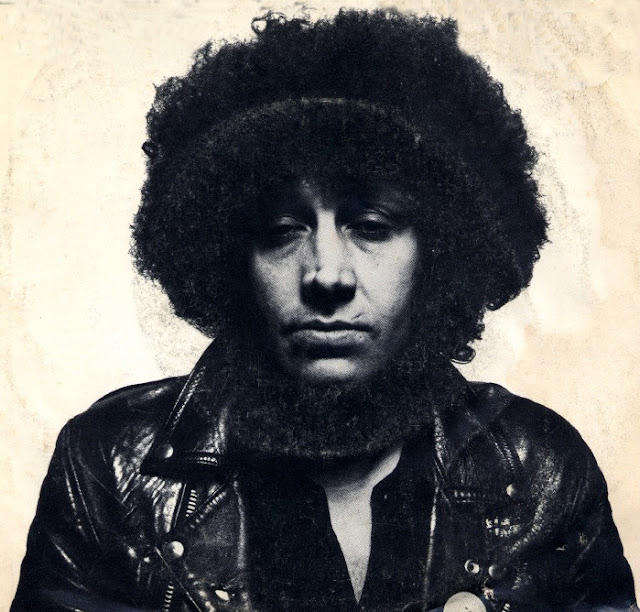 Rereading Elvis Died For Somebody's Sins But Not Mine, the extraordinary collection of the late Mick Farren's music journalism, fiction, cultural criticism, and song lyrics, I was struck by two paragraphs. In "Rock—Energy For Revolution." which appeared in the October 3, 1970 issue of Melody Maker, Farren makes the earnest, of-the-era argument that rock—pardon, Rock—might save us yet; Woodstock had occurred over a year ago, and the fumes from Max Yasgur's farm were still redolent across the pond. Yet Farren was too smart, or cynical or tough, to accept Woodstock Nation as face value, and he recognizes something deep and insidious in British and American culture. He still believes that music can create surprising and lasting bonds within ever-growing communities bent on peace and good will, yet he champions all of this with some knowing, and growing, doubts. "Despite differences in British and American societies, both are based on the same principles and the same sickness is present in both." he writes, unblinkingly.


In the two cultures there is a deﬁnite need for a real alternative to the life-long, mid-twisting routine of office or factory. In both cultures a large minority does not get enough to eat, and have inadequate homes. Both cultures increasingly curtail personal freedom, both are overcrowded and in the process of poisoning the air, the water and the soil. Our parents are making only meager attempts to cure the sickness in their society and so, by default, the responsibility shifts to this generation.

One of the unique products of this generation is rock'n'roll. Our music is already a source of energy and a means of generating solidarity. The crowd at Woodstock had to treat "the next man as their brother" in order to survive the weekend. They had no choice. It could be that we won’t either. In addition to energy, rock is also a major industry which earns millions every year. This money can either increase corporate dividends and artists’ and promoters’ personal fortunes, or it can be put to use so our generation can be put to use and can begin to try to solve the problems that are closing in on us. It is too late for any of us to cop out. There is now a choice none of us can ignore. If we carry on as we are now we are a frightened overcrowded species on a dying planet. If we work on the principle (and this is really the only revolutionary principle) that the man next to you really is your brother, and that you need each other in order to survive, then maybe, even at this late stage, we may still have a chance to become a free and dignified people.

The more things change..., goes the cliche, a truism that became shopworn because of its brutal timelessness. Substitute gig economy, identity politics, #OKBoomer, or Greta Thunberg wherever you want in those paragraphs: what's revealed is how little has changed since Farren wrote, that what he was worrying about and alerting us to half a century ago ago has only grown in dimension, its dangers louder than ever, from crippled and diminishing natural resources and a shitty economy to growing gaps between the have and have-nots and monopolized greed among record label owners in the streaming era.

As we usher in a new year and decade I wonder, does music still inspire the potential for change? Does music suggest that in its language-transcending, communal power it can affect real difference, unite us in a way that politics and our parents never can? How have the changing ways we listen to music since 1970, from vinyl to downloads to streaming, affected our attitudes about what music can do, besides turn us on, reflect us back in private, startling ways, and get our butts moving? Around the time Farren was writing, Pete Townshend was worrying about the same stuff, obsessing over a "universal chord" that might unite and elevate us all out of our petty and destructive politics, both personal and global. Ancient history, that. As relevant as Farren's writing is in its grim assessment, it feels irrelevant in its innocent, urgent belief that music might unite and save. Maybe my own cynicism or naiveté is getting in the way.