All noise is interesting 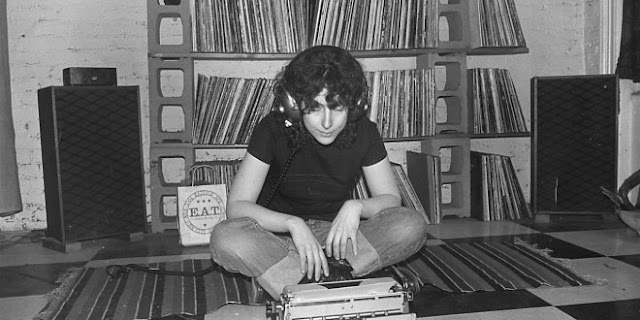 I like where Ellen Willis lets herself go in "Stranger in a Strange Land," her "Music, Etc." column that ran in the December 27, 1969 issue of The New Yorker. (It's gathered in Out of the Vinyl Deeps.) Writing from Colorado Springs, Colorado, "an uptight military reservation" where she's hanging with members of the local radical community and enjoying the mountains and fresh air, Willis notices that her music listening is being affected by her new, sky-high environment. "My reactions to music, and to rock in particular, have always been very much influenced by the context in which I hear it—by the place, by the people, by the medium (records, radio, dances, concerts), and by the variety of music available at any given time," she writes. Her "usual context" had been New York City, where she was becoming "increasingly selective about what I wanted to hear and less and less patient with sounds that did not immediately reach out and grab." In Colorado, she was surprised to see that her feelings about rock music had changed considerably. "I have new needs that music can fulfill, and some of the old needs are at least temporarily absent. Right now, I am closer to the ecstatic blues freaks at the Fillmore East than I have ever been before. And though I will never really be where they are—and don’t particularly want to be—I’ve learned some important things about music and about my own head."

In particular, Willis found herself attracted to what she called "pure noise," a Rocky Mountain High of sorts that she wasn't prepared for. "Although I am by now means completely uncritical," she remarks, "I am more willing to follow a song where it leads and suspend judgment for a while," adding, "practically all noise is interesting in some way." When she first arrived in the West, she'd been listening to an album, "doing a little creative drumming with a pencil and an album cover," when she recognized with a start that she'd been grooving to Vanilla Fudge’s The Beat Goes On, which, she acknowledges, "must be one of the worst albums ever made." And yet: "At the same time, I realized that it didn’t much matter; I felt like drumming anyway." Further revelations follow:


In the past couple of months, I have begun to enjoy the Crosby, Stills, and Nash album, which I had dismissed as too polished, too sentimental, and too soft, in the Simon and Garfunkel manner. Now the romanticism of songs like “Suite: Judy Blue Eyes” and “Marrakesh Express” doesn’t bother me; if anything, it strikes me as a positive quality. I am also more receptive to white blues. I couldn’t listen to the Blind Faith album in New York; now I listen to it fairly often.

However buttoned-up is Willis's tone, this is good critical advice, it seems to me: let your environment guide you, especially if it leads you to strange and surprising places. I can't quite get on board with Willis about CSN, yet I love the image of the New Yorker music critic rocking out to the Fudge, mildly embarrassed, resisting, or at least reassessing, her critical urges, and having fun all the same.