All the Time, No More

Thomas "Sleepy" Paulsley LaBeef died today at the age of 84. He was a true American original. A roots rock purist, LaBeef was rightly famed for touring relentlessly for decades and for carrying around a mental songbook of thousands of songs, any one of which he could play at a request or the drop of the proverbial hat, whatever backing band he had that night both awe-struck and terrified that they'd get something wrong in the obscure song. Over the decades Sleepy cut lots of sides with lots of labels, yet he never experienced the kind of large scale commercial successes enjoyed by his epic-named contemporaries. I can't speak to the measure of peace LaBeef went away with—I can only hope that he knew how the knocked-out crowds he played for felt rich, because he was wealthy: with talent, drive, and generosity. He'll be missed. If the Mount Rushmore of Rock and Roll Founding Fathers can fit another head, it's long past time to consider a re-size.

Here's an early rave-up from '57—dig the reckless intro:


I was fortunate to have witnessed Sleepy hard at work onstage at Fitzgerald's in Berwyn, Illinois on July 3, 2013 for the American Music Festival. One night of many:

I'll add that Peter Guralnick's profile of LaBeef in Lost Highway: Journeys and Arrivals of American Musicians is a must-read for anyone interested in La Beef's life and the desire and struggle to make and play music for a living against great and growing odds. I'm a fan of all of Guralnick's writing, but this profile of an artist toiling in obscurity is my favorite piece of his, and a formative influence on my writing, in particular Sweat: The Story of the Fleshtones, America's Garage Band. I wrote a little bit about the piece here. 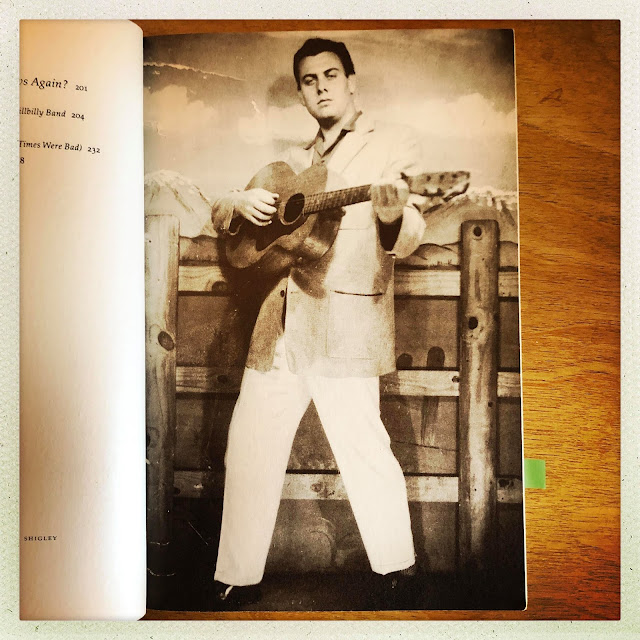 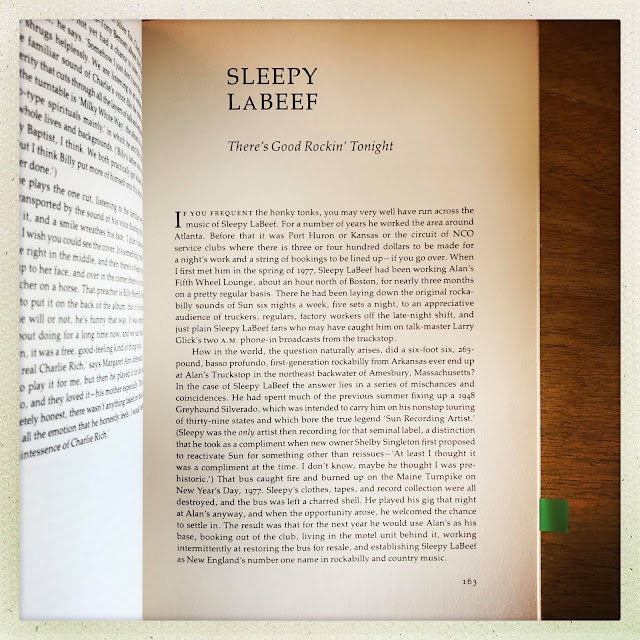 Top photo via Arkansas Living
Posted by Joe Bonomo at 11:28 AM

RIP to the great Sleepy LaBeef. Please let him be rockin' somewhere in the great beyond tonight.