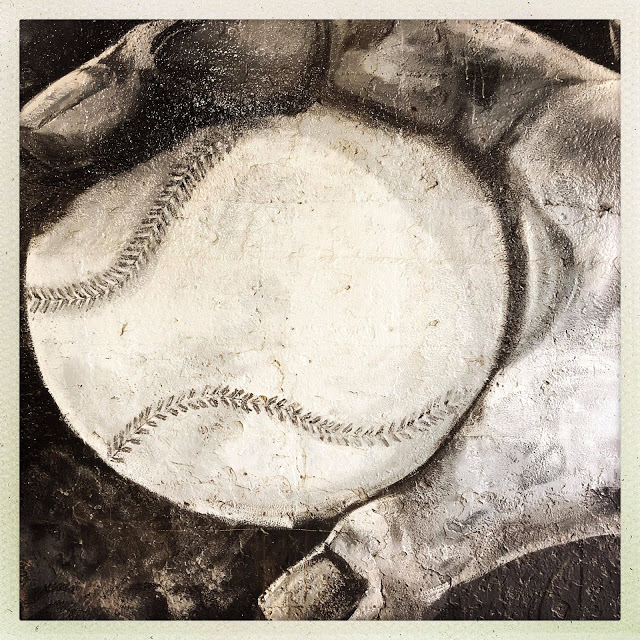 I have grave reservations about the state of Major League baseball and the dubious folk in charge, but I also got out to the park this season and enjoyed myself at, the major and minor league levels, and wrote a book about the greatest living baseball writer. And yet....

So, last night it was simply nice to reflect on the pleasures and disappointments of a long season. Here are my Dad, brother Phil, his son Matthew, and me at Washington Nationals game on Father's Day in 2006 at RFK Stadium. (A young Ryan Zimmerman, in his second year, hit a game-winning homer.) Three generations of ball fans: my Dad lost both the Brooklyn Dodgers and the Washington Senators in his life, so last night’s championship was sweet indeed. Phil and his son are baseball nuts and, amazingly for a born and bred Marylander, Matthew’s a lifetime Astros fan. Not a good night for him; he and his dad fought for the lucky spot on the couch all night. He’s off to college next year.

Congrats Nats. And I’m happy for you, Dad! 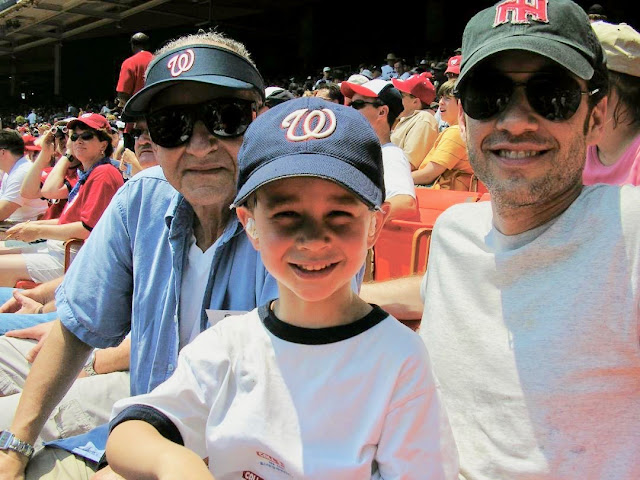 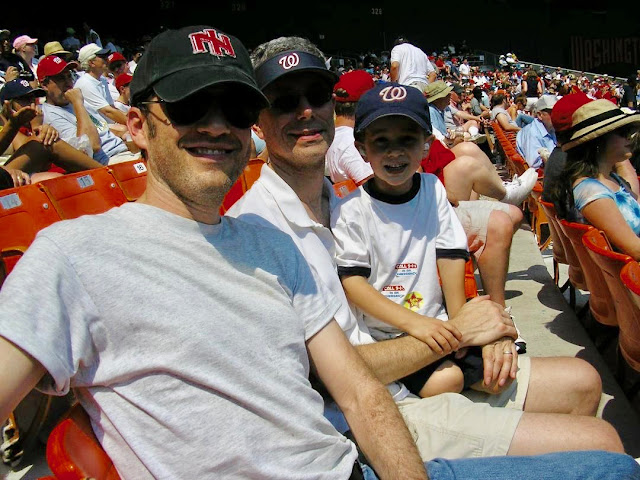