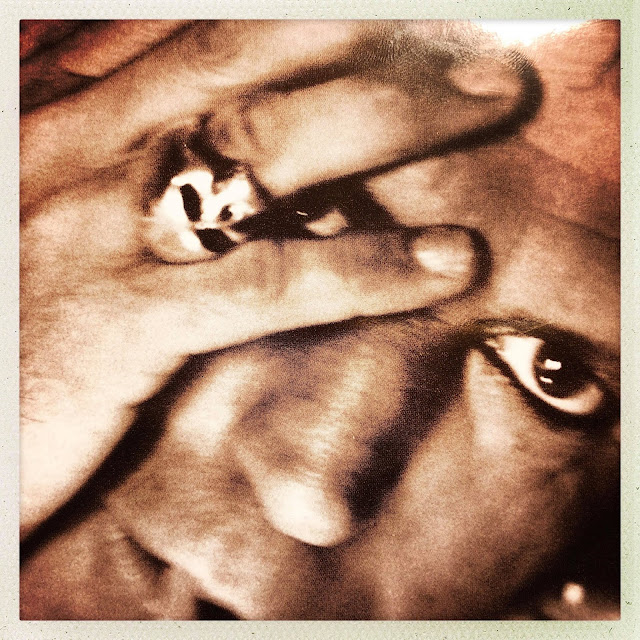 Really, little needs to be written about the Rolling Stones anymore (Mike Edison's forthcoming book excepted!) yet I'm always open to surprises, and when the most recent unbidden Stones immersion called unto me, I obeyed.

I've been re-reading Keith Richards's superlative Life, struck again by its humor, honesty, and surprisingly clear-eyed take on the epic sweep of his experiences. Dope was Richards's religion, or the religion that chose him. From the late 1960s to roughly 1980 Richards was a functioning heroin addict, the drug like the weather around him, both a taken-for-granted presence, easy to ignore, and the very atmosphere necessary for his survival. He writes about his addiction as one might write about living with a physical handicap, or tending a large estate for a living: it was his defining identity, and his job, and he took it seriously and not without some measure of self-reflection. Maintaining as lifestyle. Richards's passages on dope's appeal and its sly but ultimate stranglehold on him, and his various attempts to turn it away for good (but how do you keep out the weather?) are among the greatest that I've read in the long tradition of drug literature written by musicians. That image of the purest of pure dope in the safe behind the wall, and Richards waking up with bloody fingernails after having spent the night clawing the wall to get at that phantom safe, while remembering none of it, is chilling, and only one of several harrowing episodes he confesses.

But I was also reminded that Richards's best writing in Life comes when he holds forth on his other consuming passion. I'm always on the lookout for great definitions of notoriously-hard-to-define rock and roll, and Life delivers. On the mystery of rhythms and evocations in song:


There’s something primordial in the way we react to pulses without even knowing it. We exist on a rhythm of seventy-two beats a minute. The train, apart from getting them from the Delta to Detroit, became very important to blues players because of the rhythm of the machine, the rhythm of the tracks, and then when you cross onto another track, the beat moves. It echoes something in the human body. So then when you have machinery involved, like trains, and drones, all of that is still built in as music inside us. The human body will feel rhythms even when there’s not one. Listen to “Mystery Train” by Elvis Presley. One of the great rock-and-roll tracks of all time, not a drum on it. It’s just a suggestion, because the body will provide the rhythm. Rhythm really only has to be suggested. Doesn’t have to be pronounced. This is where they got it wrong with “this rock” and "that rock.” It’s got nothing to do with rock. It’s to do with roll. 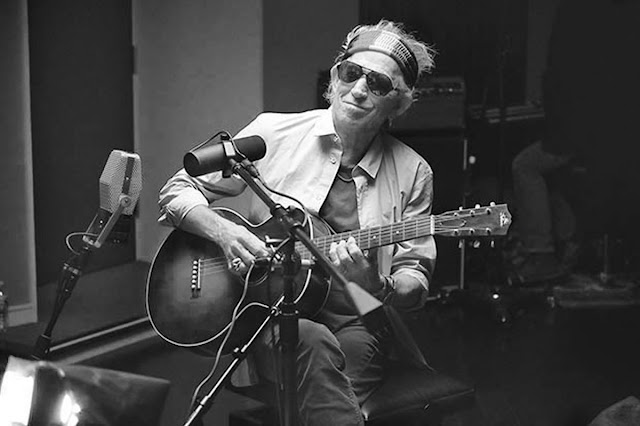 Great stuff. Writing about his band's peak years in the late-1960s and early-70s as songs came pouring out, sinewy and dimensional, Richards boasts, "We felt then that it was impossible that we couldn’t come up with something every day or every two days that was what we did, and even if it was the bare bones of a riff, it was something to go on, and then while they were trying to get the sound on it or we were trying to shape the riff, the song would fall into place of its own volition."


Once you’re on a roll with the first few chords, the first idea of the rhythm, you can figure out other things, like does it need a bridge in the middle, later. It was living on a knife edge as far as that’s concerned. There was no preparation. But that’s not the point; that’s rock and roll. The idea is to make the bare bones of a riff, snap the drums in and see what happens. And it was the immediacy of it that in retrospect made it even more interesting. There was no time for too much reflection, for plowing the ﬁeld twice. It was “It goes like this” and see what comes out. And this is when you realize that with a good band, you only really need a little sparkle of an idea, and before the evening’s over it will be lat beautiful thing.

He describes the composition of his signature song, "Happy," as purely accidental—most of the band weren't even around to cut it, as the unbidden song came in a burst. "Great songs write themselves," Richards remarks. "You’re just being led by the nose, or the ears. The skill is not to interfere with it too much. Ignore intelligence, ignore everything; just follow it where it takes you. You really have no say in it, and suddenly there it is: 'Oh, I know how this goes,' and you can’t believe it, because you think that nothing comes like that. You think, where did I steal this from? No, no, that’s original—well, about as original as I can get. And you realize that songs write themselves; you’re just the conveyor." 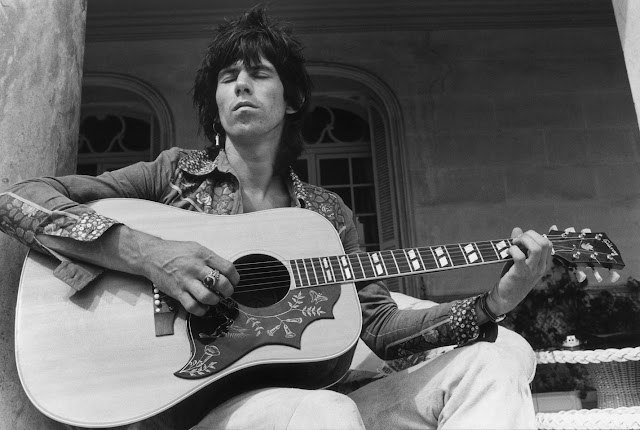 Ignore intelligence. That phrase should be emblazoned on guitar cases everywhere. "When you’re listening to music, you can tell how much calculation has gone into it and how much is free-ﬂow," he continues. "You can’t do the free-ﬂow all the time. And it’s really a matter of how much calculation and how little you can put into it. Rather than the other way round."


Well, I’ve got to tame this beast one way or another. But how to tame it? Gently, or give it a beating? I’ll fuck you up; I’ll take you twice the speed I wrote you! You have this sort of relationship with the songs. You talk to the fuckers. You ain’t finished till you’re finished, OK? All that sort of shit. No, you weren't supposed to go there. Or sometimes you’re apologizing: I'm sorry about that. No, that was certainly not the way to go; Ah, they're funny things. They’re babies.