"Why are they so happy?"

DOWN AT THE ROCK & ROLL CLUB—"These guys are too happy! Why are they so happy?" That's drummer Dale Crover in Born Innocent, a (hopefully) forthcoming Redd Kross documentary, quoting a member of Nirvana skeptical of Redd Kross' undeniable joie de vivre under swirling colorful lights. That brand of irrepressible fun and funny hook-laden glam pop rock and roll was on loud display last night at The Metro in Chicago. What a blast these guys are, and what showmen—they're why I go out to see bands. Dipping into albums spanning their long career, Redd Kross offered tight but swinging songs, supremely well played, that call to my mind the loudest and best of Cheap Trick and Hoodoo Gurus with grinning irony and irresistible energy. Bass player Steve McDonald, resplendent in a natty white suit and matching bass, looks a bit like Sebastian Bach and plays his long-hair like an instrument, leaping about as if on marionette strings. His Rock Star Poses are part of the fun: campy and ironic but, like everything this band does onstage, filtered through bottomless affection and the desire to have, and to spread, a lot of fun. Older bro Jeff played slashing rhythm guitar when he wasn't solo at the mike, delighted at and drifting within his own songs, singing one tune through a sheet of spangly fabric. Lead guitarist Jason Shapiro got sounds out of his Les Paul that ranged from blissy Frampton to ethereal organ to riffing Ace Freheley, and like the others couldn't seem to wipe the grin off his face. Drummer Crover nailed things down with muscular aplomb.

The exquisite "Jimmy's Fantasy" soared, and material from the band's latest, Beyond The Door, rang out as sharply and memorably as anything they've released, especially "The Party Underground" and "Fighting," the melodies' sheen nearly peeling off from the band's hi-watt wattage attack. My fave performance of the night was "Stay Away From Downtown," from 2012's Researching The Blues, the hooky, singalong chorus of which is as much a party invitation as a warning. But the supreme highlight was the band's glorious cover of the Beatles' "It Won't Be Long," which they slowed down a bit, the melody revealed as all the more aching for that small twist in the arrangement, an old song made new, its promises as urgent on the floor of the beery Metro as they were in the EMI studios nearly sixty years ago. You're coming home, indeed.

Redd Kross opened for the venerable Melvins, a band I respect but who aren't my thing; I'll leave commentary to those who genuinely dig them. (The bands are together on an "Escape From L.A. Tour." Bassist McDonald played with Melvins, as does Crover; manful double-duty for both—McDonald changed into a new, equally splendid, suit for his second job.) The intense Buzz Osborne gets ferocious, mammoth tones from his guitar—imagine the roar of a collapsing mountain—yet I was as interested in the girl in front of me who braved the duration of the bro-bullying mosh pit as I was in the songs. The night was made sweetly, gloriously complete when Jeff McDonald and Shapiro came back onstage at the close of Melvins' set; teasing first with a couple bars from KISS' "Do You Love Me," the bands ripped into an absolutely stomping version of "Deuce" (here they are in Santa Ana, CA a couple weeks back). Crover nailed the show shut with the opening staccato of "Love Gun," which, alas, the super group onstage left unplayed. What a fun, loud night. 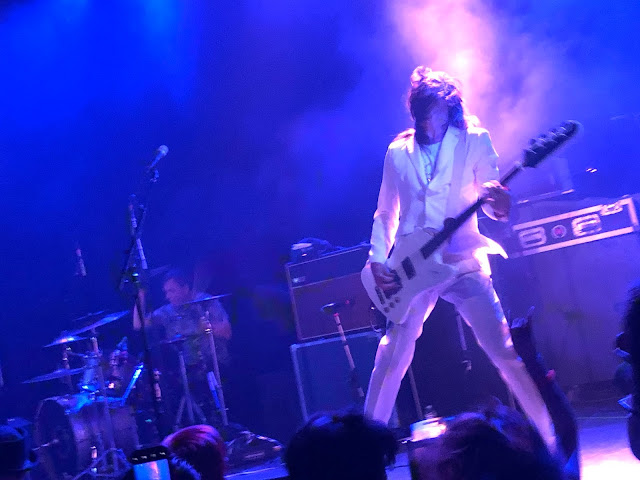 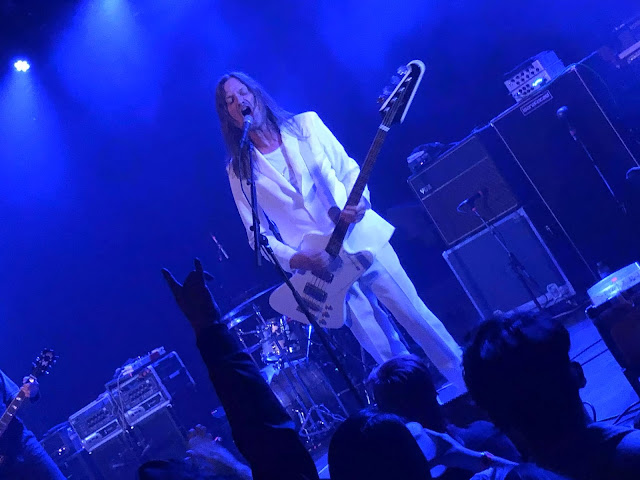 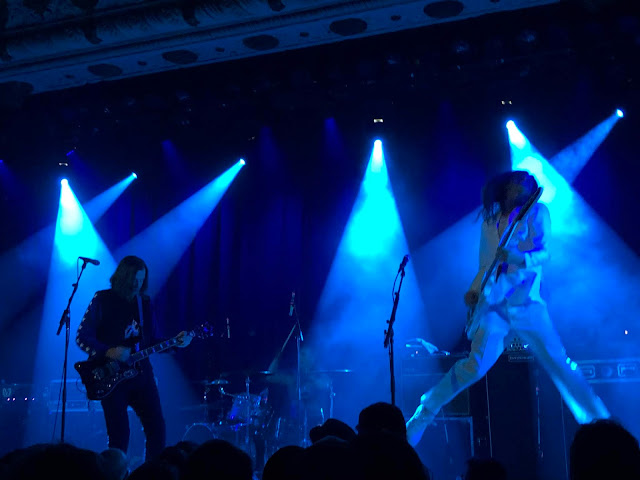 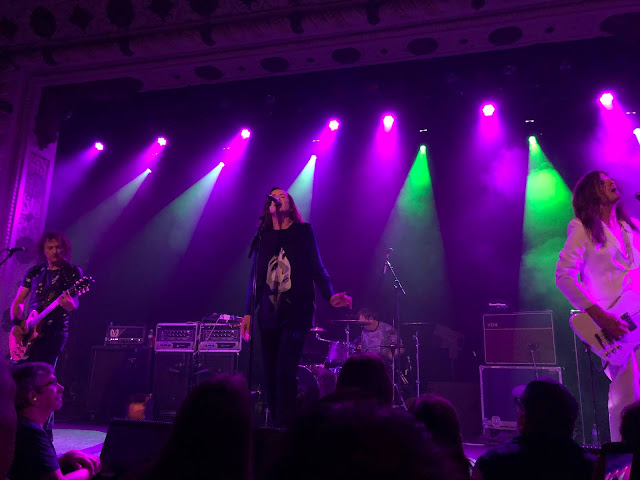 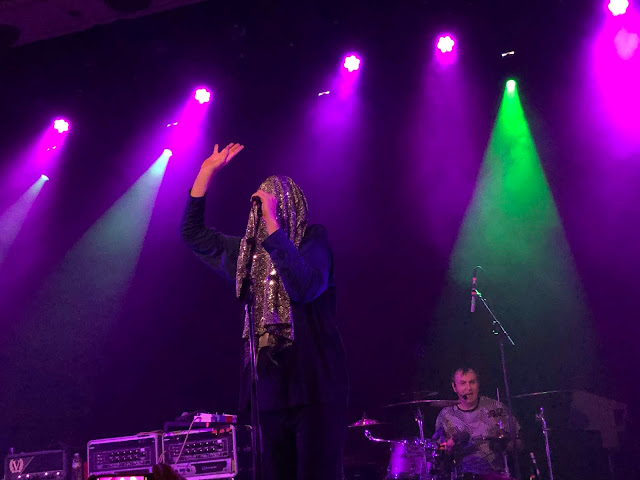 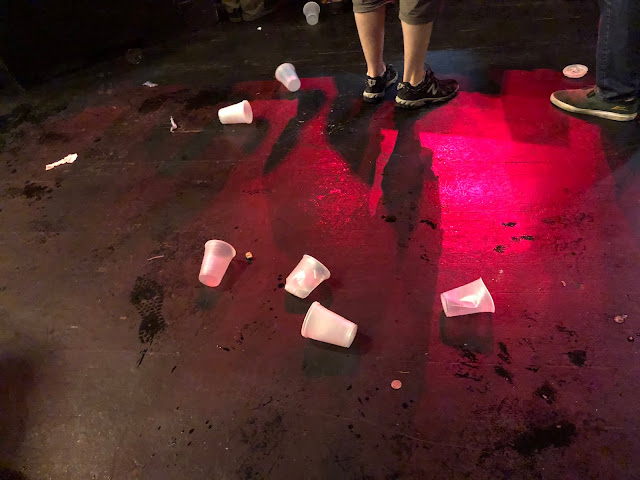