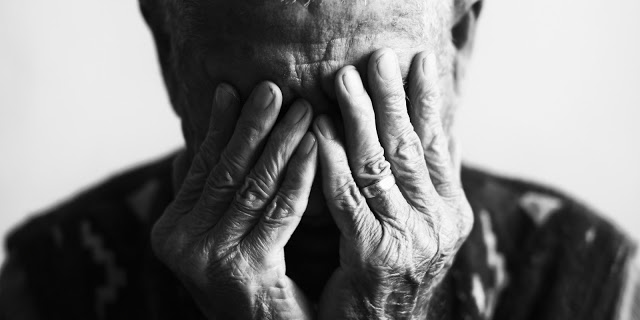 For a few years after high school I worked at Baskin-Robbins in Rockville, and then later Bethesda, Maryland. I dreaded the weekend afternoon shifts, always packed with customers in the warm months. Occasionally I remember, with not a little shame, a man who used to stop in—though stop in was a delicate proposition for him, as he'd only enter the store if there were no children present. On more than one occasion we'd watch as he'd walk slowly past the large store window, peer in to make sure that no children were inside (the odd grown up was fine, it seemed), shuffle toward the door, and then literally grimace in pain when an unexpected small child would bound toward the store ahead of a parent or friend. He'd beat a hasty retreat, but linger on the sidewalk, his hands in the pockets of his ill-fitting coat, and wait, with a pained expression on his face. Naturally, his weirdness became fodder for us bored and resentful teenage employees. Some of us (though not me) would openly taunt him and jeer at him, immobile on the sidewalk as if mired in glue, but I confess to silently, childishly hoping that a rambunctious kid would suddenly appear after he'd steel up the courage to enter the store. The plainest way I can express it now is that I got off on his suffering. I was less cruel to him outwardly than some of my co-workers (and some of the customers, if I'm remembering correctly) but still I'd hate to see what my face betrayed whenever he'd show up—the four o'clock weirdo—and any measure of sympathy I might've held gave in to the much stronger, indulgent desire to rubberneck this man's strange problem. I don't think that I'll ever forget the look on his face as he loitered outside—some blend of desire, embarrassment, and genuine suffering. He really—he merely—wanted some ice cream, but for whatever reason couldn't bear to buy, let alone eat, it if kids were present. At the time we self-righteously diagnosed him as a deviant, a kind of anti-pedophile who fetishized young kids by rendering them toxic (though we were hardly this objectively "smart"-sounding in our gossiping). He looked mean but also helpless about it, and so became a butt of our jokes. Decades later I don't know what possessed this man, why he couldn't enjoy a simple tasty diversion among children, but now I'm regrettably and I think eternally sorry for him and his obvious inability to live in the world the way the world offered itself. Maybe he was a grouch, or worse a sorry and cruel man, but he was also weirdly tender and mild in his manner—yet in my childish imagination I never allowed for any other possibility but "freak." Maybe he was sad and deeply ashamed of his compulsion, and couldn't control it, was far more innocent than we imagined. Maybe he wanted to be able to be around kids, but I'll never know. I never let him in.


Photo via Villa Skaar.
Posted by Joe Bonomo at 5:26 PM