Let Me Teach You How 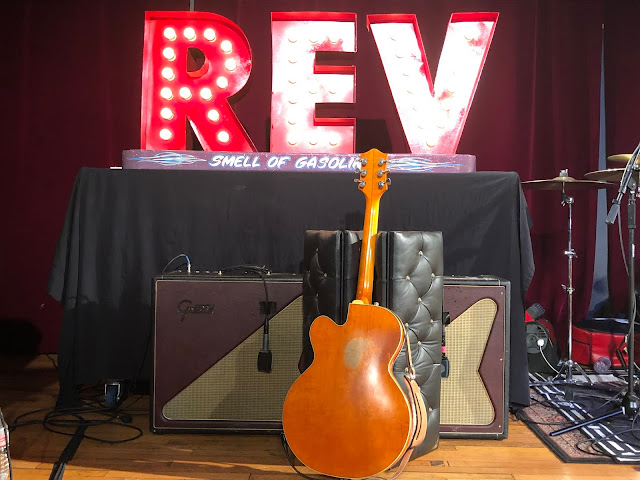 DOWN AT THE ROCK & ROLL CLUB—I've been listening to and going to see Reverend Horton Heat since the 1990s, but there'd been quite a gap between my most recent show and last night's at Brauer House in Lombard. I was pleased to see that a road warriors Jim Heath and Jimbo Wallace—complemented by a new (to me) drummer and a visiting keyboard player—can still pack a joint on a Sunday night in the 'burbs, and though the lines of eternal touring and fun are showing on Heath and Wallace's faces, they performed with the same chops, humor, and aim-to-please spirit that they displayed the last time I saw them, many years ago. Heath's leaner, Jimbo's a bit fuller, and they give the impression now of gently-aging blues musicians, playing because they love to play, they love the road, and because they can fill a house on an off night. Heath's dialed back the manic sermonizing and devilish joking a bit, replacing it with an almost intimate pas de deux between his face and his guitar: he's playing as well as I've ever seen him play, the boisterousness now leavened with the eyes-closed bliss of his running leads and extended solos. (He still cracks the odd joke.) I don't know much about Heath's personal life nor how autobiographical his songs are, but you can't convince me his first and truest love isn't his gorgeous orange Gretsch 6120.

The band balanced cuts from their latest album Whole New Life ("Got It in My Pocket," "Hate to See You Cry," "Ride Before the Fall") with road-tested classics ("Psychobilly Freakout," "I'm Mad," "I Can't Surf," "Big Red Rocket of Love," "Jimbo Song," "Let Me Teach You How to Eat," the still righteously rocking "400 Bucks"), a ripping cover of "Ace of Spades" and a fun dash through "Viva Las Vegas." They played for nearly two hours, pausing for an intermission. Drummer Arjuna "RJ" Contreras, who's played in the band since 2017, is a blast: always grinning or pulling faces, he looks like a Michelin star chef and plays with real swing and power; during his "solo" late in the gig he strolled the stage, sticks in hand, and played Jimbo's prone bass, a few beer glasses, and the stage monitors as well as his own kit. About Lance Lipinsky, the keyboard player, I should say little. Though he's clearly a gifted player, his showy playing felt gimmicky to me, the last thing that this band of old veterans needs. When Heath announced that Lipinsky had played Jerry Lee Lewis in the Million Dollar Quartet, I pretty much knew what was coming: stagy playing and corny mannerisms with some solid boogie woogie riffing, though to his credit he didn't kick his stool away. (With his exaggerated pompadour he struck me as a cross between Dennis Quaid as Lewis in Great Balls Of Fire and Jean-Ralphio Saperstein from Parks and Recreation, which didn't help things.) Anyway it was my problem: props to Heath for changing things up after a few decades, and the crowd seemed to really dig Lipinsky, who knows how to play to a crowd, though his playing was unfortunately mixed low.

Mid-set, at the finish of a reworked "Five O Ford" (from 1994's Liquor In The Front) Heath looked over at Jimbo and mouthed, "What happened?" He was half-grinning, and I couldn't quite read the moment: was he frustrated by a problem-riddled performance? The song sounded great to my ears. More likely he was was asking how they can still be reinvesting this stuff so well after all these years? At the show's close, Heath announced that Jimbo was celebrating his 30th year with Reverend Horton Heat, and mock-generously offered that Jimbo would be posing for photos. The phones came out, and Jimbo looked pleased. The two hugged it out on stage, a lot of years and miles between them. Afterward I did something I rarely do. I waited until Jimbo came my direction as he was leaving the stage and, waiting my turn, shook his hand, patted him on the shoulder, and said "Congrats." I'm always down to honor Rock and Roll Lifers. Next stop: Iowa City. Then Omaha, Kansas City, St Louis, Oxford, Alabama.... 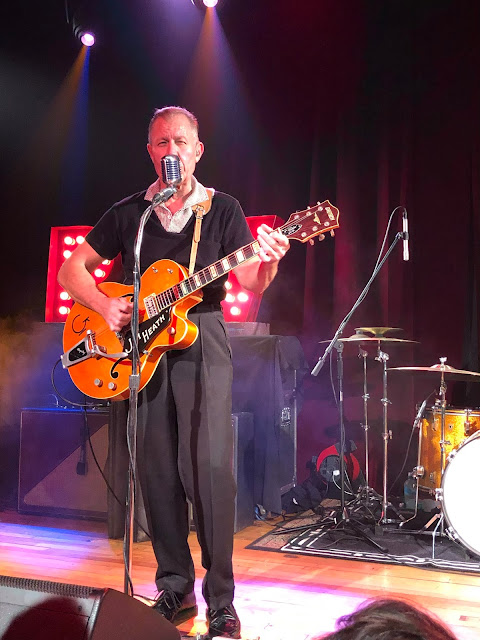 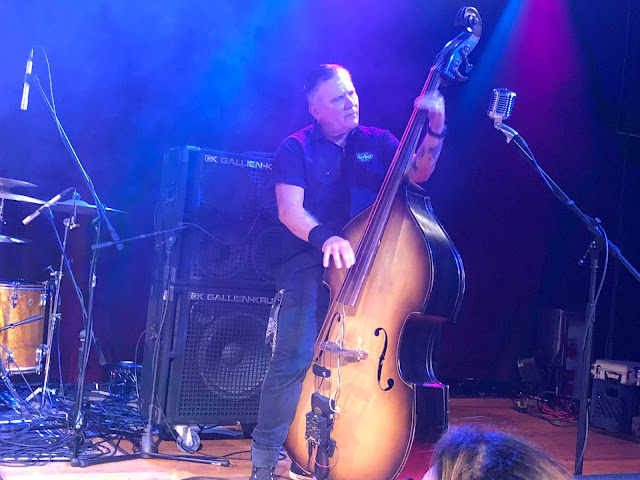 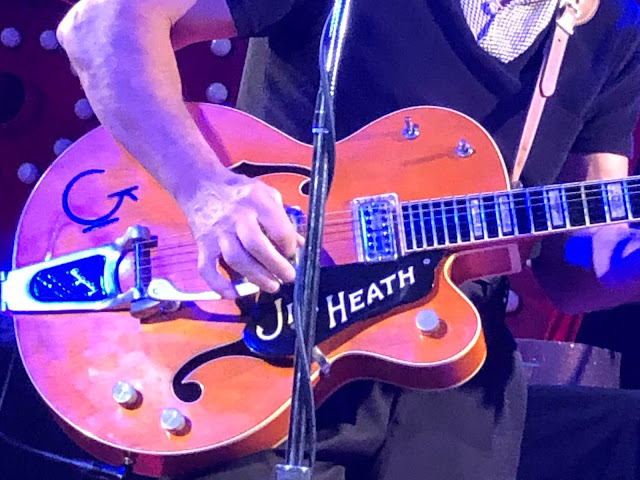 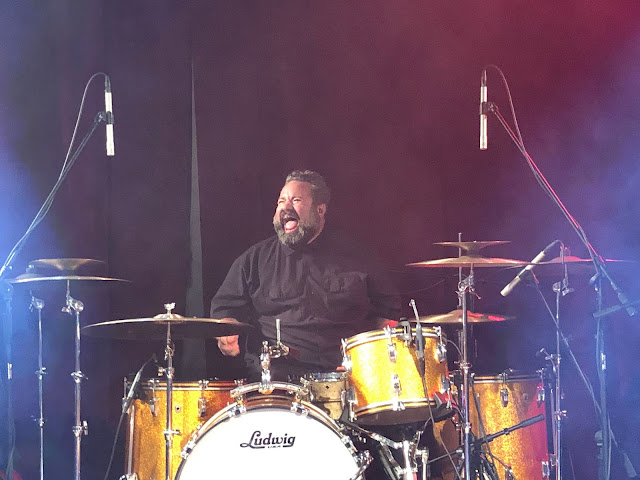 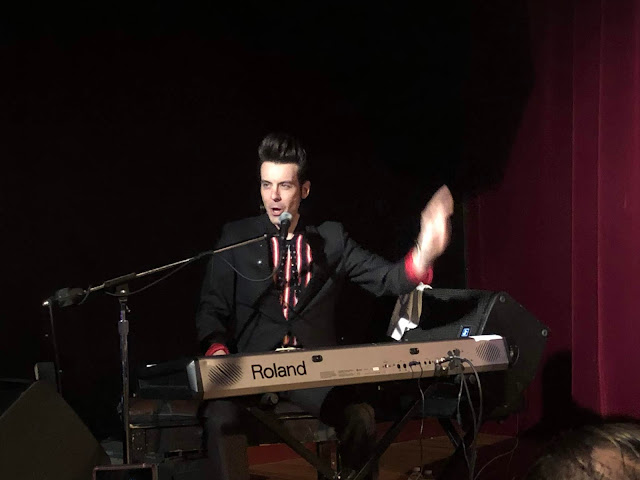 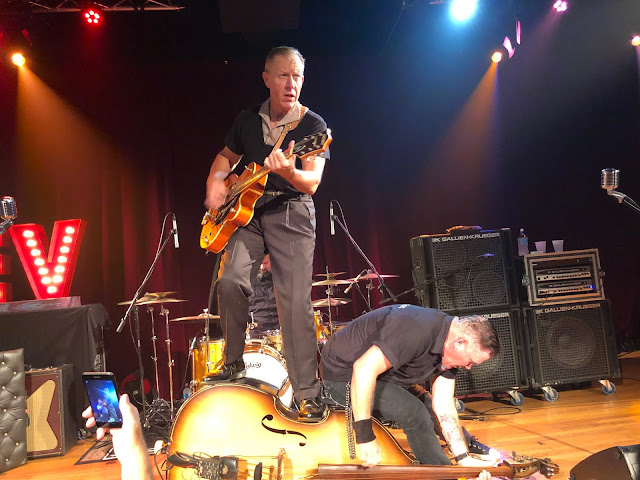 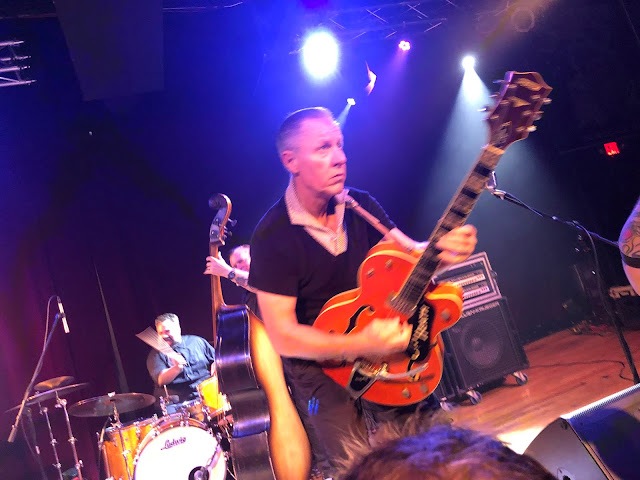 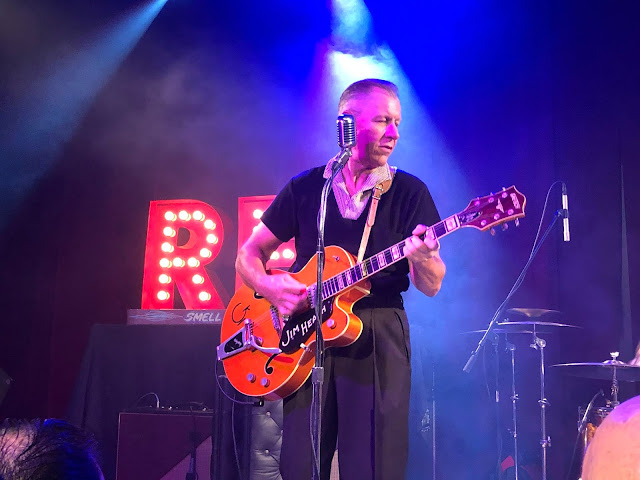 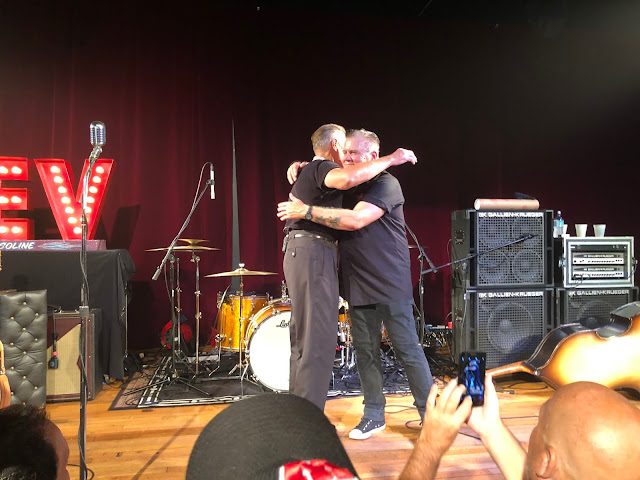 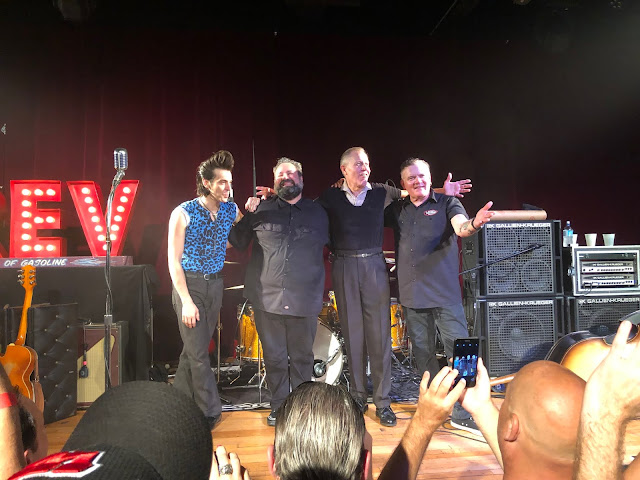