A Day at the Park 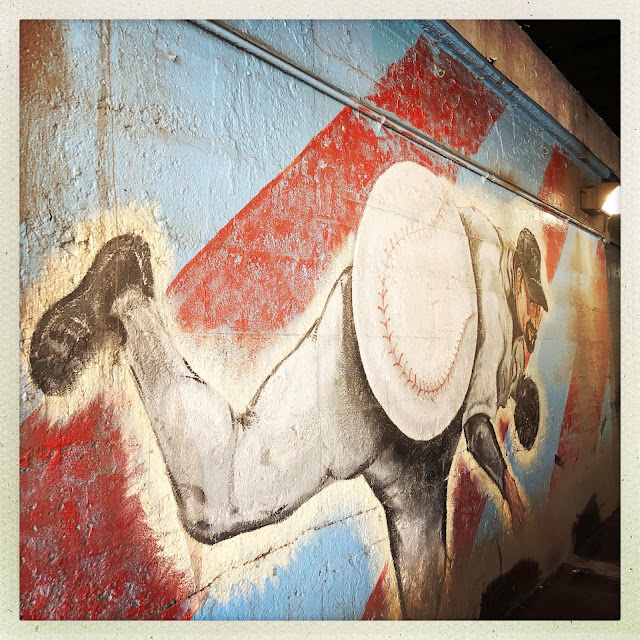 There are few things more fun than a spontaneous, I'm-hitting-a-game-today decision, which I made yesterday following Monday night's White Sox-Astros rain delay. The impromptu 3:40 game time assured a thin turnout, but I wasn't there to see the fans (though the guy in front of me keeping score provided entertainment with his shirt alone, pictured below) but to again see Sox starter and Future Hope Dylan Cease, this time taking on the Astros' newly-acquired Zack Greinke. The Sox lost 6-2 and the game was particularly frustrating in that the pitchers' duel that I'd hoped indeed materialized—only a first-pitch homer by George Springer and Jose Altuve's muscled line-drive homer gave the Astros' their thin lead through most of the game—but Sox catcher Welling Castillo was charged with three passed balls, two of which resulted in Astros runs, and the Sox couldn't touch the trio of relievers following Greinke's departure.

Anyway, the weather was beautiful, my seats were superb, and the beer tasted great. Cease pitched well (six innings, five hits, two earned runs), I saw a loud, patented Jose Abreu run-scoring double, and my DeKalb buddy Kevin Goldstein, who's the Astros Director of Pro Scouting, emerged from his office perch to hang with me for a couple of late innings. (‪Also: cheers to the White Sox and Guaranteed Rate Field for playing Rufus and Chaka Khan’s "Tell Me Something Good" during replay reviews, which makes the process somewhat bearable.) All in all a good, late-summer day at the park. But the best part occurred before the game.... 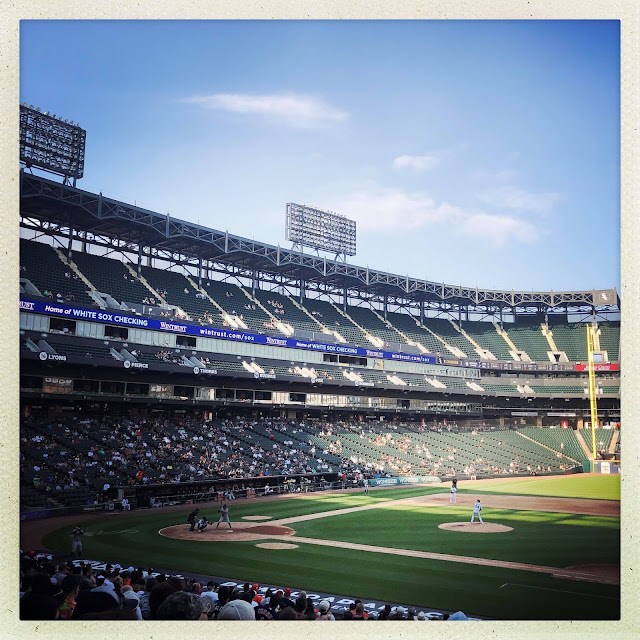 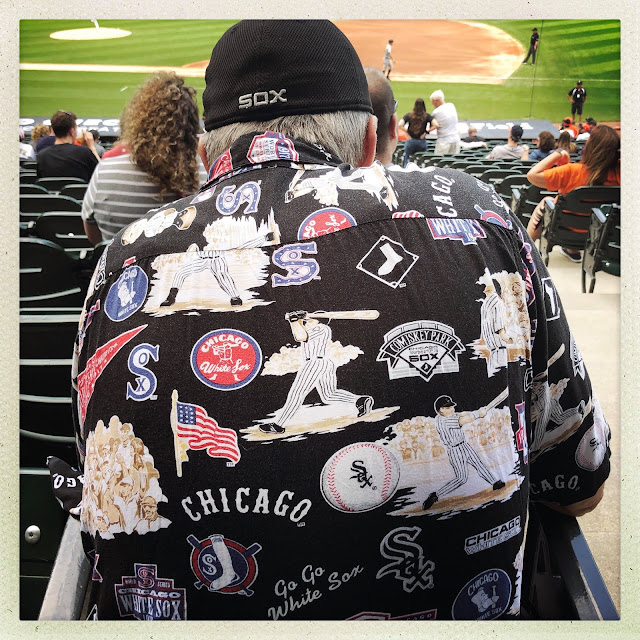 In September of 2016, Chicago-area artist and Founder and President of Arts Alive Chicago Cyd Smillie unveiled "The Leather, The Wood & The Dream," a striking mural along both walls of the 35th Street viaduct running beneath the train tracks just west of Guaranteed Rate Field. A continuation of the previous summer's "Baseball Rules" project, the mural came to life with the assistance of over three-hundred volunteers. Approaching the park, I'd driven the viaduct countless times, but yesterday finally walked it and paid closer attention to Smillie's work. It's a marvel: playful, affectionate, smart, colorful in all senses of the word, the paintings capture a blend of eternal-and-urban baseball history, a dimly-lit art gallery a block away from the park. Hanging with it up close, as loud cars and cheerful, ballpark-headed fans moved past me, turned out to be the highlight of the day. Photos and some mural details here: 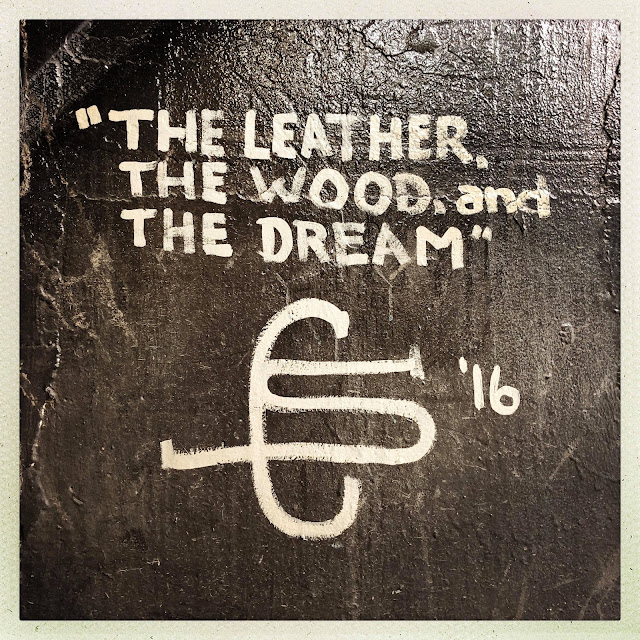 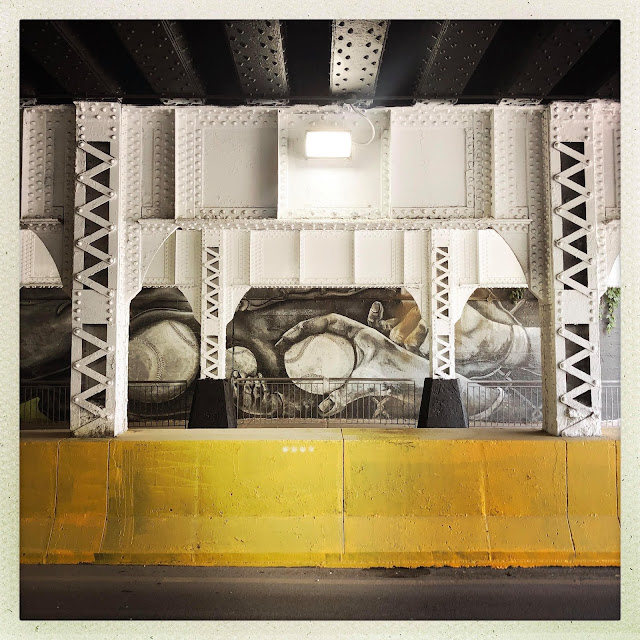 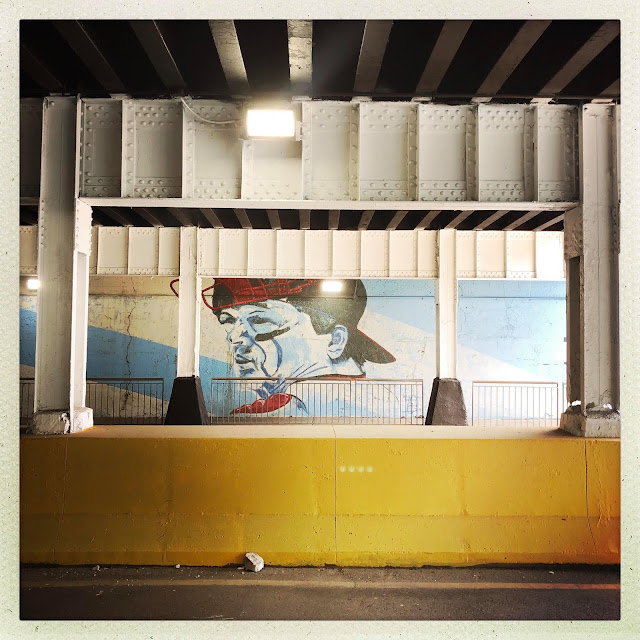 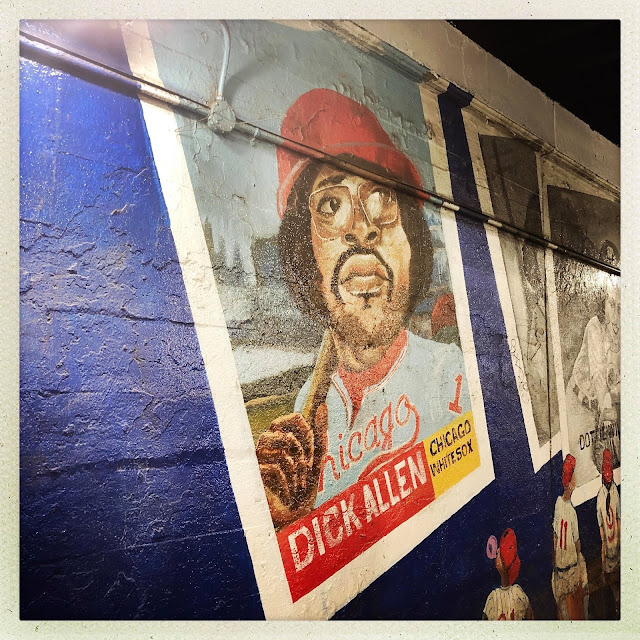 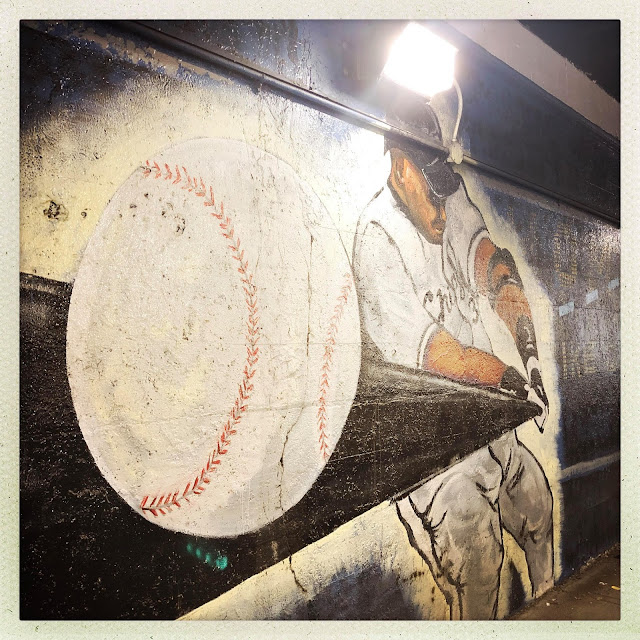 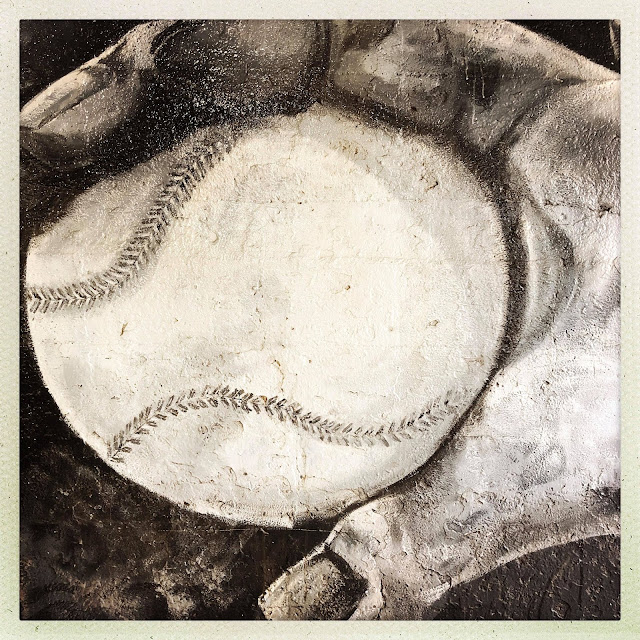 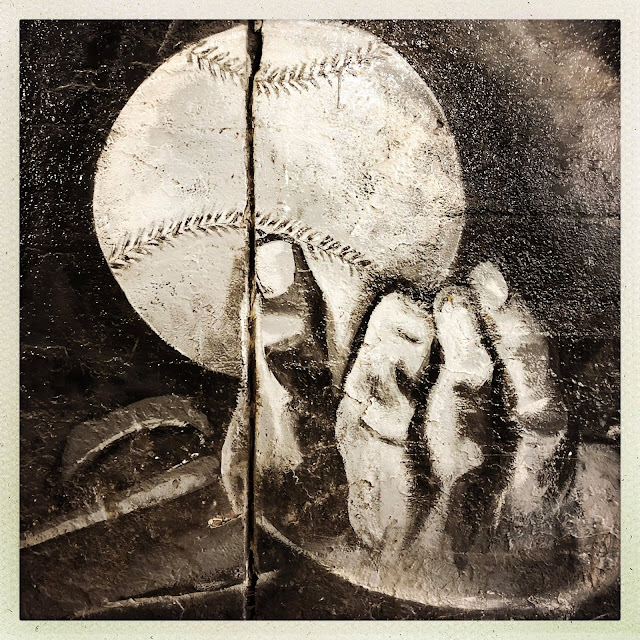