"The business of caring" 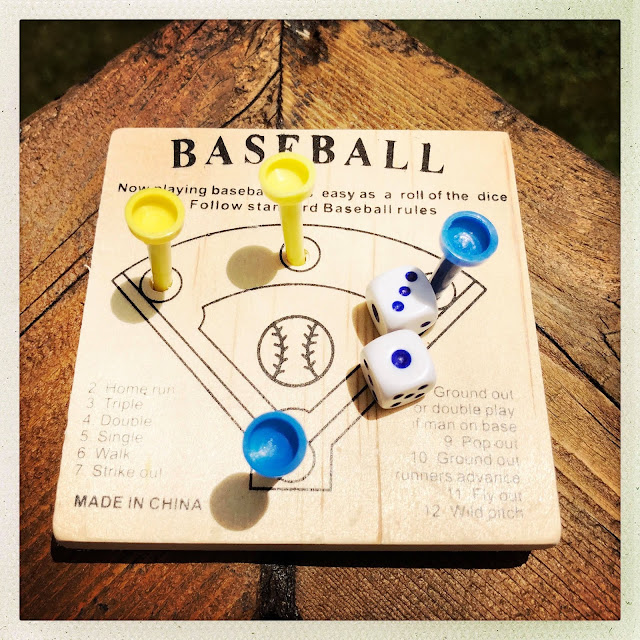 Hat tip to Jim Margalus over at Sox Machine who cited the following graphs from Hannah Keyser's terrific piece on the Tampa Bay Rays' declining attendance and television rating despite a winning season. "What is winning worth?" Keyser asks. "I understand why players and anyone associated with the team wants to win—an intrinsic need to define ourselves as superior to those around us has driven most of human history. And I even understand how that translates into impassioned tribalism among fan bases—an ability to satiate that base desire to dominate vicariously through typically non-violent competition is one of the few good human adaptations." She adds:


To disregard fans’ feelings—about roster constructions, stadium financing, or the way all of that is communicated to the public—isn’t just unkind, it’s unsavvy.

If that sounds sort of naively idealistic consider that so is the cultish ritual of attending a baseball game and deriving a sense of meaningful communion from the arbitrary athletic feats of strangers. What I’m saying is that baseball has no inherent value beyond the cultural construct, by which I mean whether or not people give a crap. If the fans aren’t showing up, and the touted TV numbers are slipping, then how can we call a baseball team “good?”

The bigger picture isn’t really about the Rays—and their prohibitive geographical limitations. It’s about the rise of three true outcomes, the other sports leagues that have gotten good at marketing their players’ personalities, the alienating predominance of analytics, cities wising up to the scam that is publicly funded stadiums, owners cheaping out on retaining marquee talent.

It seems to be increasingly harder these days in the din of Big Business Baseball for some fans to plug themselves into what they loved about the game during the first blush of their fandom. (I've wrestled with it myself.) Keyser's argument put me in mind of something Roger Angell wrote over forty years ago in the wake of the stupendous 1975 World Series. The games took it out of him, as long-suffering Red Six fan, but in the days and weeks following Game Seven he took a wide-angle view, engaging with feelings that had buoyed him over the years, feelings that Keyser's on about, too: “What I do know is that this belonging and caring is what our games are all about; this is what we come for," Angell wrote.

It is foolish and childish, on the face of it, to affiliate ourselves with anything so insignificant and patently contrived and commercially exploitative as a professional sports team, and the amused superiority and icy scorn that the non-fan directs at the sports nut (I know this look—I know it by heart) is understandable and almost unanswerable. Almost.

What such a reckoning ignores, Angell continues, is “the business of caring—caring deeply and passionately, really caring—which is a capacity or an emotion that has almost gone out of our lives."

And so it seems possible that we have come to a time when it no longer matters so much what the caring is about, how frail or foolish is the object of that concern, as long as the feeling itself can be saved. Navïeté—the infantile and ignoble joy that sends a grown man or woman to dancing and shouting with joy in the middle of the night over the haphazardous flight of a distant ball—seems a small price to pay for such a gift. 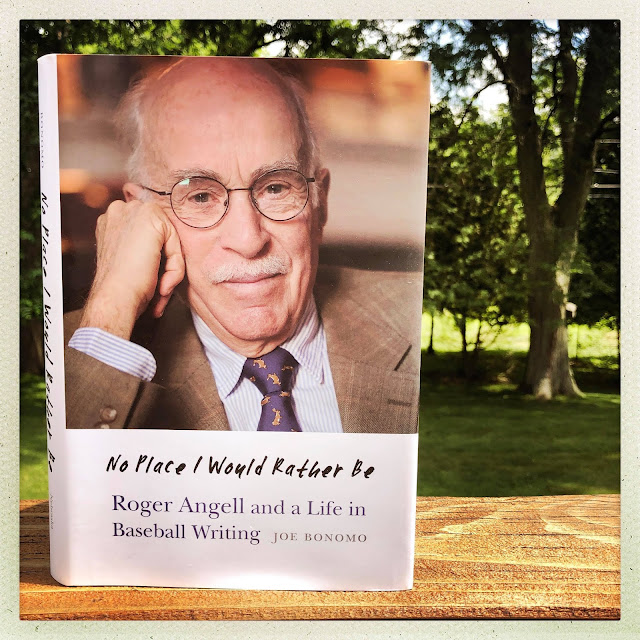 Last week Amy and I took in games at the Durham Bulls' and Charlotte Knights' parks in North Carolina, back-to-back reminders of how easy it is to care about this fun, maddening game, and how Minor League games in particular allow fans that much closer to the child-like—not childish—joy of the game. I was wildly fortunate to have caught Chicago White Sox's number three prospect Dylan Cease pitch for the Knights (if, alas, in an abbreviated fashion, his start curtailed by a rain delay). We had seats close to the field on the first base side, and got to watch Cease warming up before the game: the impressive boom of his tosses into the catcher's mitt; his patient pitching coach by his side. Cease was maybe twenty feet from me. A few days later he was called up to the big leagues. If he pans out, becomes a reliable starter, and enjoys a good career—and there's no guarantee of it—I'll never get that close to him again. It was bittersweet to recognize that, but nice to care. 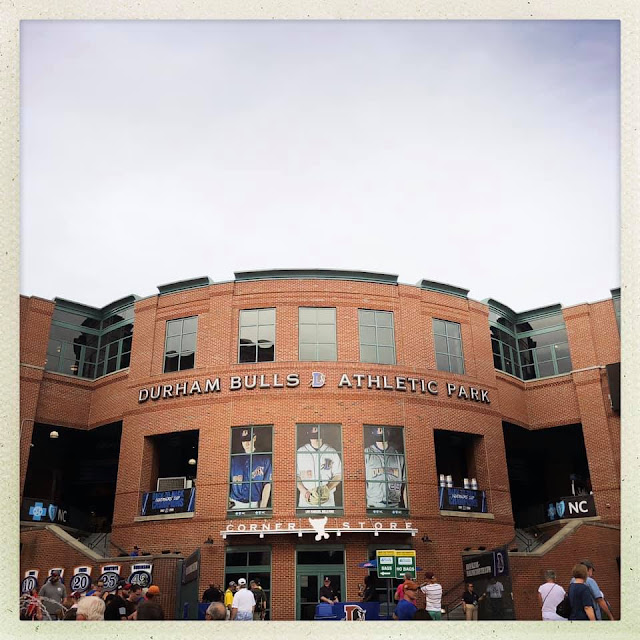 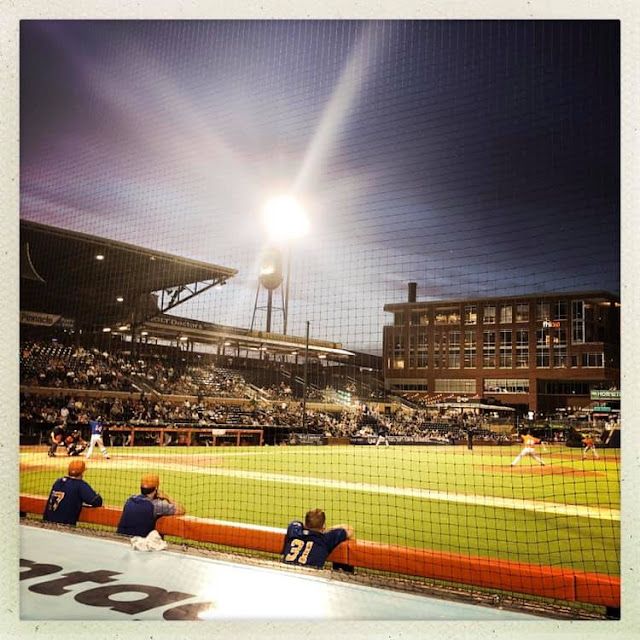 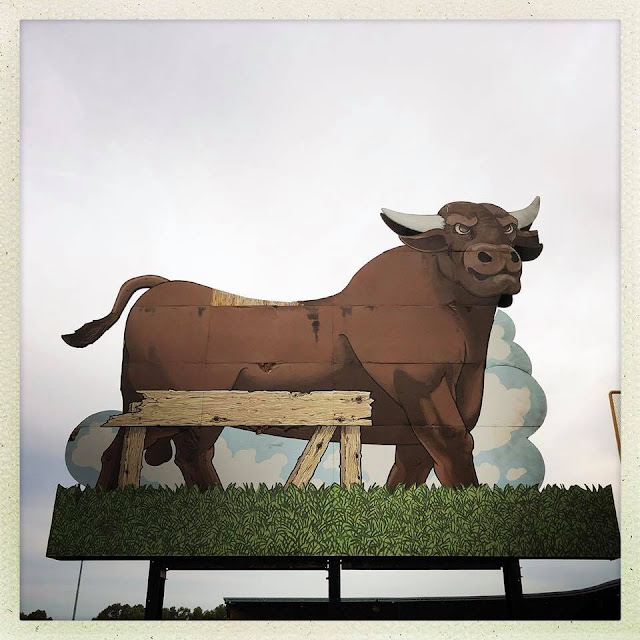 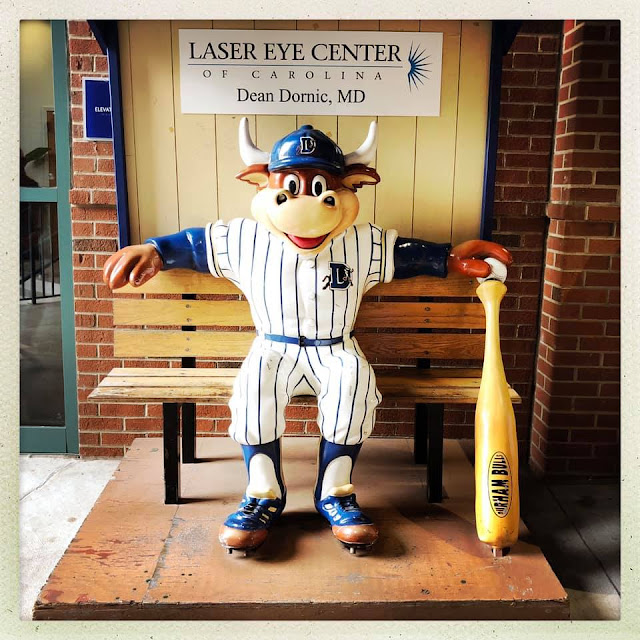 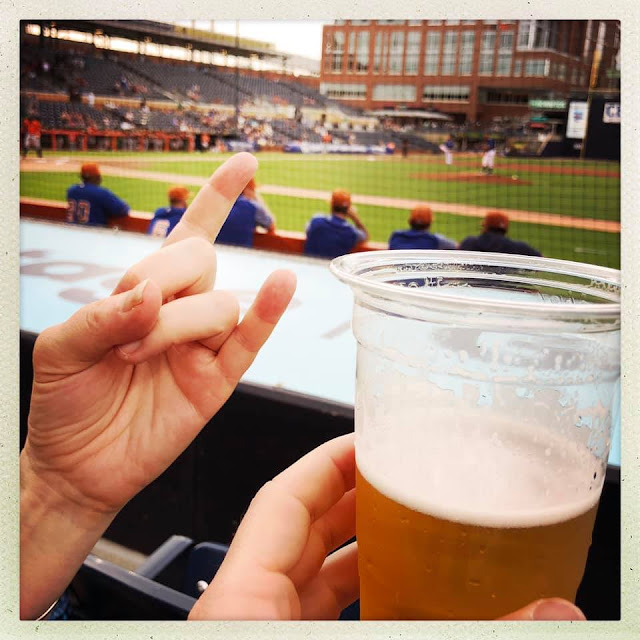 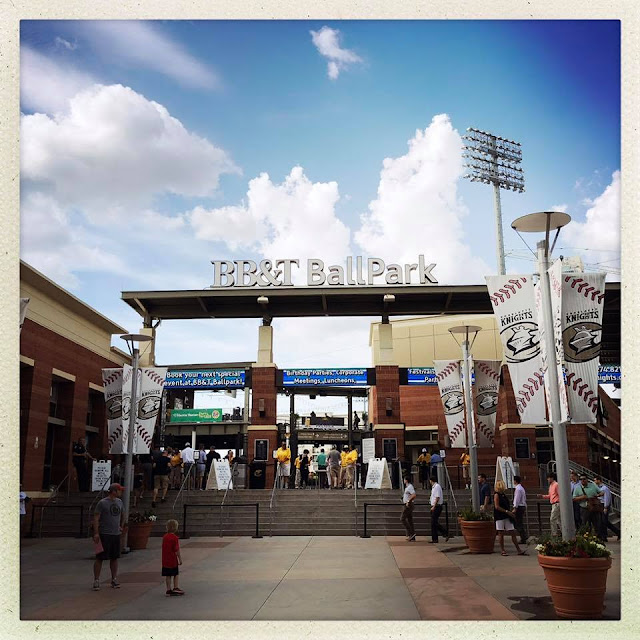 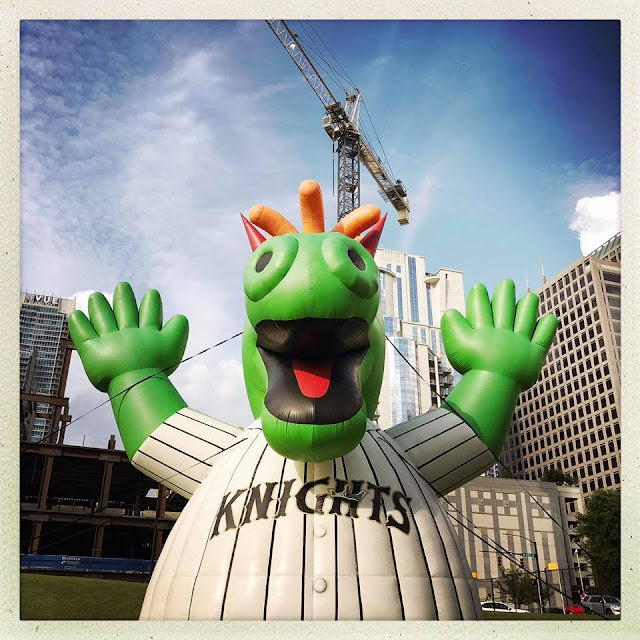