See you at the merch table 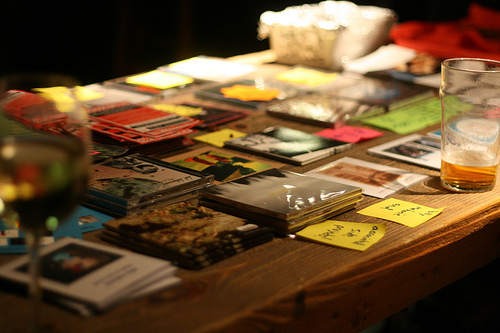 I'm quite late to Michael Walker's Laurel Canyon: The Inside Story of Rock and Roll's Legendary Neighborhood. The "insider's" hype into the era is a bit of a misnomer; Walker did quiet a few interviews for the book, and though Graham Nash holds forth amply (and honestly) and one or two shall-remain-nameless sources offer up some great details of coke-laden nights, the book's fairly straightforward. Not that isn't enjoyable: I dug reading about the remarkable sense of artistic camaraderie brokered by stars-aligning meet-ups among the region's musicians and tangential figures, including Nash, David Crosby, various Byrds, Joni Mitchell, Peter Tork, Frank Zappa, Cass Eliot, and Pamela Des Barres. Walker brings to life the air of casual, weed-gentled music- and scene-making in Los Angeles in the late 1960s and early 70s, down winding Laurel Canyon Boulevard to the homey Canyon Country Store and into the head-lifting scenes at the Troubadour and the Rainbow in West Hollywood, then grimly dramatizing the era's raucous, messy end in coke excesses and rising violence.

The epilogue struck me particularly. Walker shifts his lens from the past to the future, and irks me with an unfortunate note of things-were-better-then nostalgia, suggesting that the magic of Laurel Canyon is unlikely to be repeated again. "It can be argued that many of the conditions that allowed Laurel Canyon to become such a hothouse of creativity exist again today," he acknowledges. "Generation Y, spawn of the baby boomers, is statistically a larger generation and is hitting young adulthood in a massive demographic bulge. There is even an unpopular and desultory war steadily picking off its cannon fodder in a manner eerily reminiscent of Vietnam."


Yet Gen Y has yet to show an inclination for speaking with one voice, or rallying behind a single band, as the Boomers did around the Beatles and then the LA. bands of the ’60s and ’70s. Unlike their parents, who seized the moment and, with narcissistic glee, bent the world to their will, Gen Yers are balkanized as a cultural force and exert their influence piecemeal. Thus far their only truly huge music stars have been the Britneys and Christinas and J. Los, manufactured by boomer-age record company executives for maximum market penetration in the same manner as the Brill Building machine of the ’60s, only with far more cynicism and far fewer good records. Even the notion of chops and paying one’s dues has gone out the window in an era when everybody is a Sta. “Look at what we’re dealing With HOW,” grouses Chris Hillman, “the end game: American Idol.” 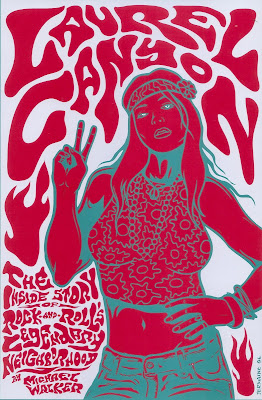 I was irritated with Walker's tired assertions. "Far fewer good records?" Well, that sounds just a tad subjective and solipsistic. And what the hell's wrong with J. Lo? Why, I wonder, is it so hard for certain people to acknowledge that a 14-year-old girl might fall in love with Britney or Christina with the same ardor and the-world-is-changing enthusiasm as a young woman fell for Joni Mitchell or Linda Ronstadt? Walker wisely cites hip-hop communities as like-spirited to the Canyon, but what of other intense scenes that sprouted in the wake of the 1960s, in Seattle, and Athens, Georgia, and lower Manhattan, to name only a few? Not to mention obscure but no less heady local scenes in shitty 'hoods or college towns that never move beyond basements or house parties but mattered deeply to the few dozens involved.

Then Walker pivots, and makes a compelling observation: "Despite their great numbers, Gen Y is far more diverse racially, ethnically, and demographically than the boomers; hip-hop notwithstanding, it is hard to imagine a single issue or cultural trend that could unite them as thoroughly as their parents bonded over the Vietnam War or rock and roll." The kicker:

They are also able, thanks to the Web, digital file sharing, and powerful recording software, to consume and create music without the intervention of the recording industry. While there will always be scenes where young musicians inspire one another—New York City’s Williamsburg neighborhood is a recent example—it’s just as likely the modern equivalent of Stephen Stills running into Neil Young on the Strip will take place within the Web’s virtual Laurel Canyon. The potential is tremendous. Because of the Web, young artists are exposed to an arsenal of ideas unimaginable in the ’60s, at warp speed. And maybe that’s the point. A constant refrain, invariably posed by smug boomers, asks when the new generation will create “their Beatles.” The answers are: never, and, they already have. Marshall McLuhan’s prophecy in the ’60s was right: the medium and media have reached parity. The Web is Generation Y's Beatlemania."

Presently, I think of merch tables at mid-sized clubs and larger venues, which I hold dear, and of wonderful sites like Bandcamp, which is basically a 24/7 venue stuffed with worldwide DIY merch tables where music fans of all stripes and persuasions gather to listen, spend (hopefully), download, read, and bond in the swiftly-moving Zeitgeist. Walker was writing in the late 2000s—hence his reference to Williamsburg—and his notion of the Web's virtual communities was prescient. Though let's lose the "virtual" tag once and for all, shall we?


Photo of merch table by Daniel Paxton via DIYMusician.
Posted by Joe Bonomo at 5:44 PM