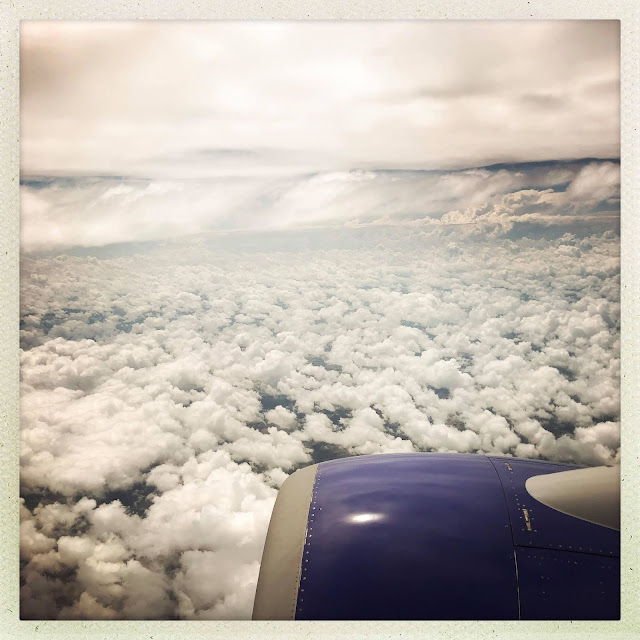 I flew for the first time in my life relatively late, at the age of 18, then not again for four years. I'm still catching up. Maybe because flying feels so fresh to me still, I marvel every time I'm thousands of feet above ground. During each flight I also think back, with a wince, to a poem I wrote in college. During my first flight, which happened to be from Washington D.C. to London, I startled at the sight—at the fact—of being above clouds for the first time in my life. Gazing out my window, I felt as if I were flying over the white-haired heads of the gods, a prideful gesture that as a mere mortal I shouldn't have been able to accomplish, let along dream of; modernity in all of its forward-thinking ingenuity was revealed to me somewhere over the Atlantic.

Ha! Now that image and conceit feel sentimental to me, hoary, the stuff of 2 a.m. dorm room epiphanies. Yet I still have no words to adequately describe, to name, the feeling of being in the air, the feeling of elevation, so amazing yet so finite a gift that we've given ourselves. As a teenager I pretentiously imagined eternal gods angry with me for daring to fly above my gravity-bound station—yet flying is unnatural in many senses of the word, and that insight is still with me every time. I hope I never lose it, and I doubt that I'll ever find the language beyond cliche to express what I can't when I'm eight miles high.
Posted by Joe Bonomo at 11:45 AM