Another dimension with Ex Hex 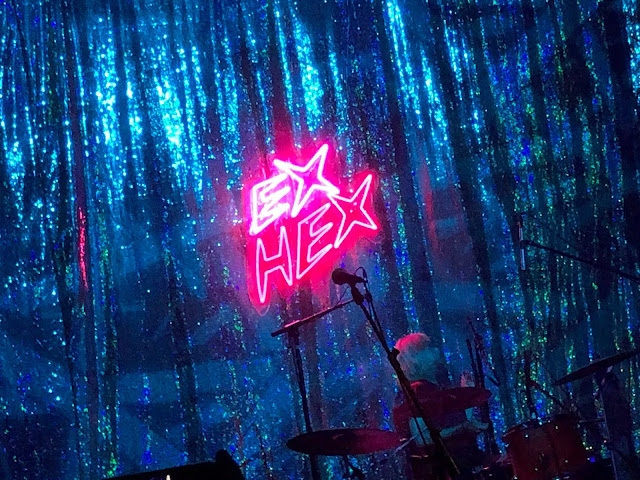 DOWN AT THE ROCK & ROLL CLUB—I was surprised that the Ex Hex show at the 9:30 Club in Washington D.C. hadn't sold out; after all they're a local outfit. My friend Steve shrugged, looked around at the venue, and said, "rock and roll." That is: it ain't selling these days. The crowd eventually packed the place nearly full, and pity those who didn't come out to hear this terrific band, touring behind their sophomore record It's Real. Onstage Ex Hex delivers glam, attitude, hooks, and old school showmanship, their sometimes angular, idiosyncratic tunes finding a true home under the lights. I'm a fan, but was a bit taken aback to see bassist Betsy Wright strap on a guitar as the band hit the stage. I learned that the original trio is now a quartet, at least at shows: David Christian plays bass while Wright joined Mary Timony on guitar and vocals; Laura Harris is steady on the drums. The dual axes delivered the goods: Ex Hex's sound was both fatter and brighter than on the albums, the riffs more muscular. Something seemed off with the band the last time I caught them a few years back, at the Empty Bottle in Chicago; the band was more confident this time around (though I also recall a wan-looking Timony complaining at the Bottle that it felt like it was 110 degrees onstage). The band's songs' evocations of late 70s' FM radio hits—"If Pat Benatar, why not Ex Hex?!", that eternal debate—were made graphically present by the glinting guitar lines, and the tunes sounded more radio-ready than ever, whatever that means in this century. As always, Timony's leads added so much personality to the songs: they're somehow thoughtful, melodies inside of melodies, musical ideas among ideas, fretboard Greek Choruses. If an Ex Hex song is a party, then a Timony solo is the guest you remember most the next morning. Wright's bad-ass riffing and her own rawer, less studied solos were a perfect balance to Timony's head-down care and attention. The women's now-standard lean-in toward each other during solos is arena camp; I like the stage-ready gesture, but I fear it'll become too schtick-y. In any case I hope Wright keeps her bass in its case from now on. The band confidently tore through a clutch of great tunes from both albums: "You Fell Apart," the driving three-chord "Diamond Drive," "Tough Enough," captivating versions of "Another Dimension" (which cast a spell that never lifted) and "Radiate," "Rainbow Shiner," and an encore of "Radio On" and "Hot and Cold." (Regrettably they didn't play my favorite from the new album, the complex "Want It To Be True." I don't know that the studio arrangement would work well onstage.)

The strutting Ex Hex played with grateful smiles on their home turf, their sturdy songs hook-laden gifts back to us. Thanks. 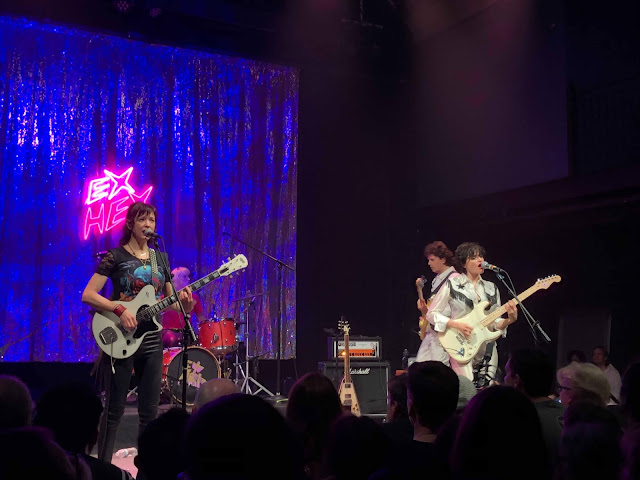 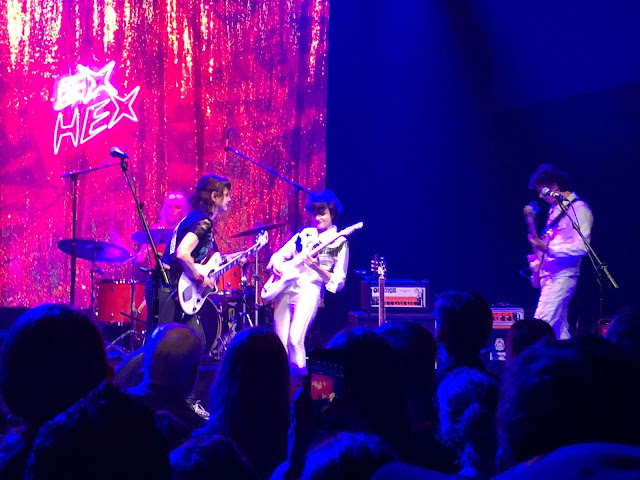 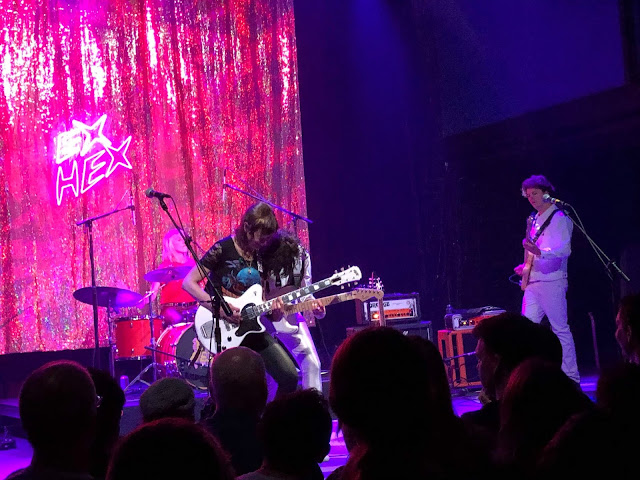