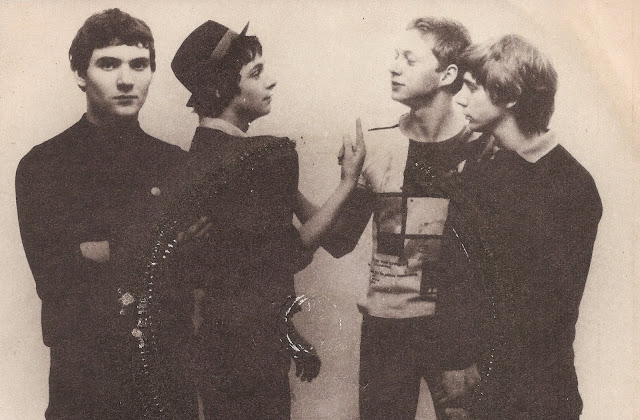 Discovering The Chords has been a revelation. Here are a few more killer singles: stirring, excitingly played, politically aware, urgently gang-hollered and rocking. "The Chords came out of punk," singer and guitarist Chris Pope explained a few years back to Rock At Night. "We were all 14-15 when it kicked off—so it was our time, our music. But we were also steeped in '60s Brit Pop. We wanted to marry the two sounds together...sort of the Who meets the Clash in some mad 'mod-punk-rave-mix-up' somewhere in South London."

The Chords' run of 45s in 1980 into '81 measures pretty damn well against other bands' similar spans (The Jam, The Buzzcocks, etc.). (Absent below are "Maybe Tomorrow," released in January 1980, and "Something Missing" released in April, both of which appeared on the band's debut album.) More proof that the late 70s/early 80s was really a golden era for well-produced guitar-based rock and roll, and more evidence that The Chords were a notch above the other Mod Revival bands, transcending the limits of identity politics with brash songwriting and stirring performance. I wish they'd held it together for another album.