I get the music, I get the heat 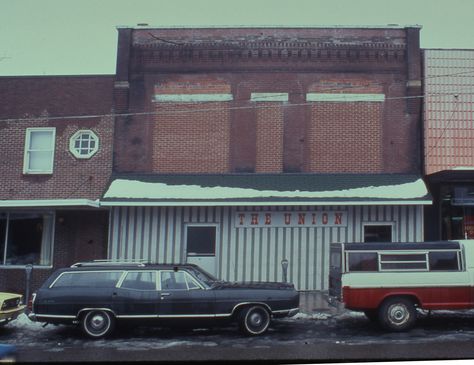 I'm somewhat embarrassed to I feel I still have things to say about the Who, yet at its best their music continues to move and startle me. The other day "See Me, Feel Me" came up on shuffle, and I was sent yet again by that song's optimistic naiveté, beatific surrender, visionary passion, and anthemic spirit. And I remembered this passage that I'd read recently in Roger Daltrey's memoir Thanks a Lot Mr Kibblewhite in which Daltrey recalls the awful experience of his band's epic day/night/day at Woodstock. The band endured a helicopter flight, car drive, and then mile-slog-through-the-mud to get to Max Yasgur's dairy farm, weren't immediately paid, suffered from some idiot spiking everyone's drinks, waited around forever tripping resentfully, and didn't hit the stage until five in the morning.

"Somehow, we kept going," Daltrey remembers, "and every time we felt like we were losing it, we dug in a bit deeper."

Then, shortly after six, we got to "See Me, Feel Me" from Tommy and the bleeding sun came up. Right on cue. You couldn't have topped it, After all the shit we'd been through, it was perfect. It was extraordinary. It was one of these moments you couldn't ever recreate if you tried. Once in a lifetime.

A famous moment in Rock Mythology, and no finer a dramatic background for the performance of that song. (A debated "famous moment," it must be said; some who were there insist that the sunrise occurred during "My Generation," the actual finale of the band's set, a few songs following "See Me, Feel Me." You can certainly see the warm bluing sky in the footage. Either way, as the Who were stomping though "See Me, Feel Me"'s remarkable finish, the sun was ready for its closeup.)

One night long, beery, unremarkable night in the late 1980s at the Union, my favorite bar in Athens, Ohio, "See Me, Feel Me" came on the jukebox, sparring with our usual faves. I probably didn't notice when the song came on, or I did and barely registered it, having heard it hundreds of times. Yet as I stood at the bar—it was my turn to buy—I turned to my right and glanced down at the length of the joint, smoky, dark, junky, my friends squeezed into a booth next to the pool table, laughing, elbowing, and as if coming out of a haze I realized that the end of the song was playing, and—yes, I can grant some of this to the beer, to youth, to the heady joy of friendships and an evening of possibilities—I heard the long, repeated chorus in a way I'd never heard it before. In fact it felt as if I were hearing the song and its moved and moving, hymn-like changes and harmonies for the first time, tricked or surprised or whatever-it-was into the moment. Listening to you I get the music gazing at you I get the heat following you I climb the mountain I get excitement at your feet—the millions, the glory, the story—I get the story....

Everyone was smiling, everyone was happy to be there, everyone was bathed in a glow and looked to me to be elevating slightly unaware, the whole bar warmer and safer and more beautiful than I'd ever seen it, before or since. Writing about the career-making Woodstock set and by extension the then-new era of thousands-strong, giant-stage, open-air music festivals, Daltrey remarks that as the band's front man he had to learn to drive the band in a new way, "with no back wall and half a million people stretching over the horizon. I had to drive the curvature of the earth." That's an amazing observation, as evocative of the heady era as the ecology flag and Armstrong on the moon, and yet as tiny and cramped as the Union is (well, was) that song that night raised the black-painted ceiling and dropped the shitty walls and for a few moments I glimpsed, or I felt, nothing less than the curve of the earth. I get the story. Then it was back down for me.

Corny, sure. But that's mostly because I haven't figured out how to describe an age-old story in a new way. This is little more than an account of a song issuing from a jukebox in a dive bar and altering the landscape. Nothing and everything.


Photo of The Union via Pinterest.
Posted by Joe Bonomo at 6:49 PM