DeKalb, Illinois, or something 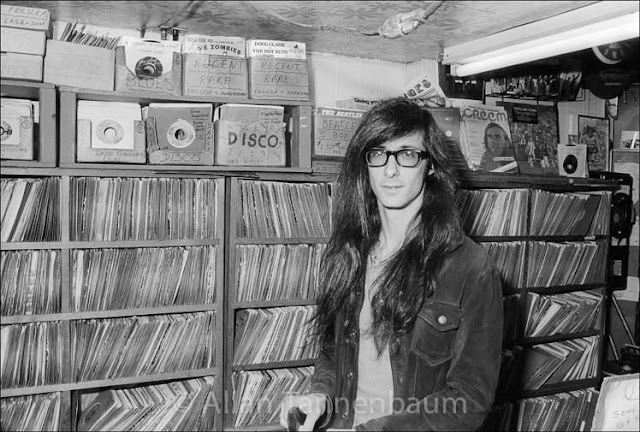 Near the close of "Give Peace a Chance! Grand Funk Railroad Take Shea Stadium" in the August 1, 1971 issue of Creem, writer and guitarist Lenny Kaye imagines a time in the near future when Grand Funk Railroad reverently bring their manager Terry Knight onstage and launch into a version of "I (Who Have Nothing)" a 1966 hit for Terry Knight and the Pack, in which future Grand Funkers Mark Farner and Don Brewer played. Little did Kaye know from the vantage point of '71 how ugly things were going to get between Knight and the band over the next few years, as an ugly breach-of-contract lawsuit by Knight and a resentful out-of-court settlement by the band created a million-dollar drain on Grand Funk that threatened to derail their promising career. Instead, after wrenching free from the exploitative Knight, they added a member, hired producer Todd Rundgren, and the rest is history.

Kaye's piece was reissued in 2003 in Barney Hoskyns' essential The Sound and the Fury: 40 Years of Classic Rock Journalism. Kaye spends the bulk of the eye-witness piece describing Grand Funk's enormously successful sold-out show at Shea Stadium on July 9, 1971, a terrific account that places you right in the rocking and swaying and weed-bathed stadium bleachers alongside Funk freaks. (Here's some great of-the-era footage of the show, which famously sold out in 72 hours). Kaye also considers the band's Midwest roots, and the key to their considerable success:


Grand Funk never disappoint, unless you happen to be looking for things that just aren’t there. They’re always square-shooters, on the level, up front and together. They believe wholeheartedly in their ‘brothers and sisters’, instinctively think of their audience in that light, and this in turn means that they will never treat their fans badly: never step on them or scorn them or take them by the heels and shake them until the last little bit of change falls out of their pockets. They realize that given another time and place, it might’ve been them down there rather than them up here; a sobering thought—for any musician. And if, in the end, it may come to mean that they'll never be more than the sum total of their audience, that Grand Funk will never be able to rise far above themselves that they levitate a crowd beyond any of its other awareness...well, what the hell, rock'n'roll is only rock'n'roll, and it ain't too many who get to find God in a I-IV-V progression.

That's a pretty great definition and defense of bare-bones rock and roll, and, notwithstanding the Funk's often tedious, elongated boogieing, soloing, and we'regonnarocktonight exhortations, Kaye really nails the source of their earnest appeal in the early 70s. 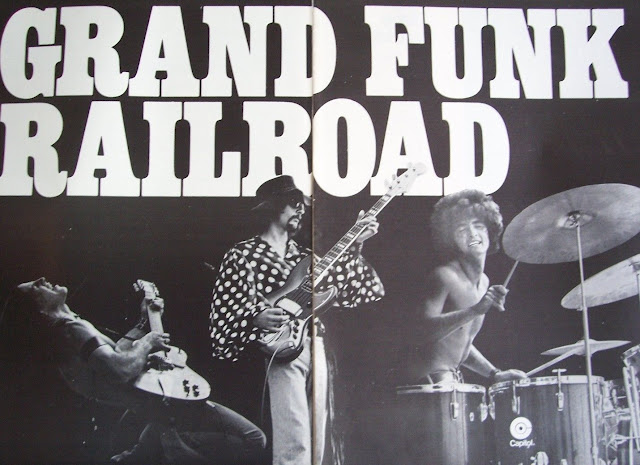 All of this is to say that I was startled by the paragraph near the end.


But even with all this, they haven't hit their peak yet, and I’ll tell you why. They’ve saved the best for last, those sly l’il devils. You’ll see: one of these days, they’ll be finishing up a concert in some out-of-the-way place: Dekalb, Illinois, or something. The closing bars of "Inside Looking Out" will shudder to a close, and they’ll leave amid cries for more. After only a matter of seconds, though, they’ll be back in their places, excited and energized, like kids who are about to receive an unexpected surprise.

I find it hilarious and awesome that Kaye would choose l'il DeKalb as the site of an imagined emotional moment onstage between Grand Funk and Knight. (DeKalb with a lower "k." That's alright, Lenny Kaye, or should I say kaye, it was probably the editor.) I don't know if Grand Funk ever played DeKalb; a few years later KISS did on their first tour, at Northern Illinois University's Field House, so I guess that could've been the place where Farner, Brewer, and Mel Schacher brought the Funk, another stop on a long journey for The American Band. Alas, the moment never happened, and DeKalb remains a what-if in 70s arena rock myth. Or something. 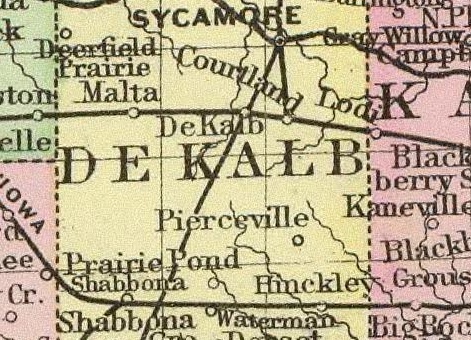 Photo of Kaye at Village Oldies, NYC via Pinterest.
Posted by Joe Bonomo at 6:03 PM

Lenny gave me a collection of rock ‘n’ roll stories years ago, and this one was in it. I read it and couldn’t believe he met in my hometown. He’s never been there before, except for when he drove all the way from New York to pick me up with my broken leg in Dekalb! He says he still doesn’t know why he picked that for the story! He also told me he never really cared for Grand Funk.ha!

That should say I couldn’t believe he mentioned my hometown. My phone doesn’t understand me when I talk text.

Whoa he drove from NYC to DeK to pick you up? Fantastic. So it was a random pick? Wild.

I had my famous broken leg at the time. I broke the day after my dads funeral and was stuck in Illinois for a month. Lenny dropped everything, grabbed a couple of my friends and came out to get me! 1997. We still laugh about that trip to this day