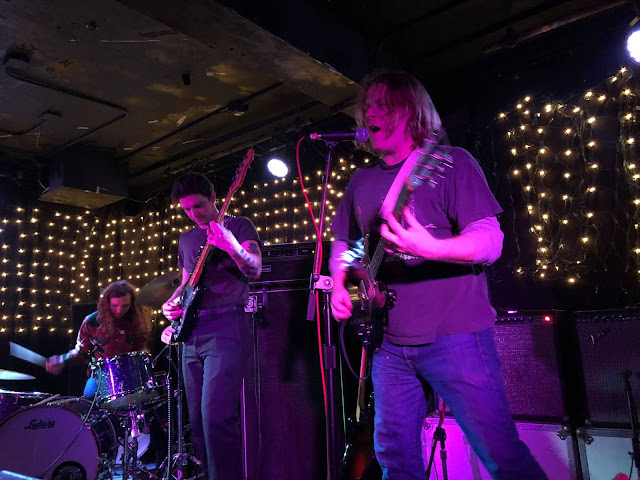 DOWN AT THE ROCK & ROLL CLUB—On the last two occasions I caught Ty Segall a beatific mood pervaded the evenings. His gig last night with White Fence at the Empty Bottle was a looser, junkier affair: two pals swapping guitar leads and grins. Tim Presley's White Fence and Segall play like a chemical reaction, and you never know when it's going to explode or simply simmer, but it never fizzles out. Presley and Segall are a study in contrasts: Presley gives the impression of a late Small Faces-era Steve Marriott with his Swingin' haircut, slim blue crew neck sweater, gray slacks, and sharp shoes; Segall's lumpy in jeans and a t-shirt, his hair Vesuvian to Presley's Mod. Presley seemed shy, haltingly announcing the other band members while Segall couldn't keep a smile off his face; he leaped about and raised his guitar to the low ceiling in Feedback Rock God mode, while Presley stayed put, his eyes sometimes shut, sometimes open and regarding his hands and the textured sounds they created. I've never seen Television live, but I was put in mind of Tom Verlaine and Richard Lloyd as Presley and Segall played off of each other, moving between earnest and goofy, loud and controlled but melodic, also. The songs didn't matter too much; the groovy "Easy Ryder" called attention to itself in both its brevity and well-constructed pop form but the other tunes were long-ish, psychedelic improvs, and happily for me the guys onstage never forgot they were playing for a crowd (a sold-out crowd, at that) and they rode the crests and waves of their sound with entertaining aplomb. They tuned up (a lot) between songs, Presley sheepishly admitted that he forgot how to play one tune, and Segall screeched-off instead of counted-off a few numbers, then laughed at himself afterward as the songs launched, a little embarrassed, and mightily into it all.

I'd wanted to see Segall and White Fence play together ever since I listened to and dug their collaboration Hair back in 2012. They delivered a set that was informal and muscular, trippy and in control, a great night of rock and roll elevating on good vibes and serious chops. Go see 'em if you can. 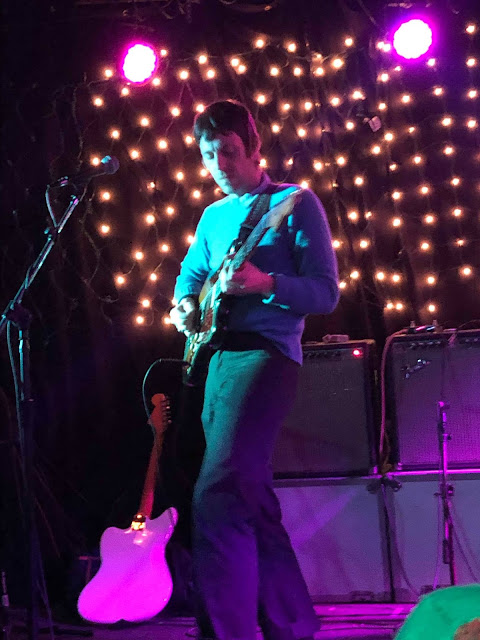 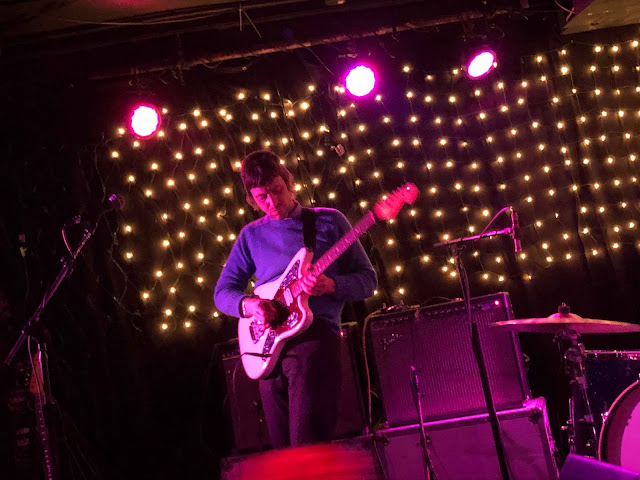 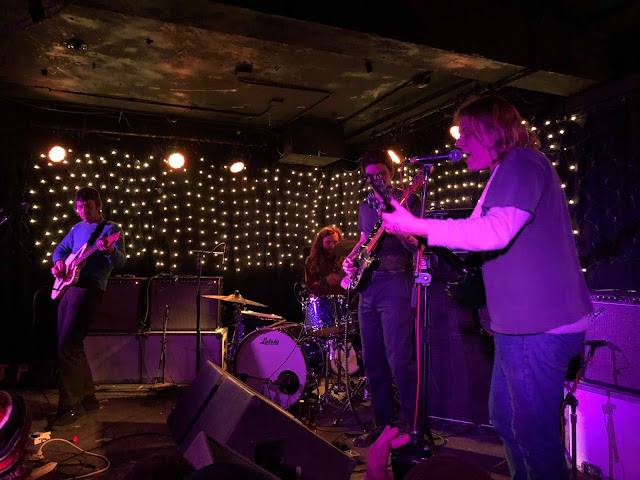 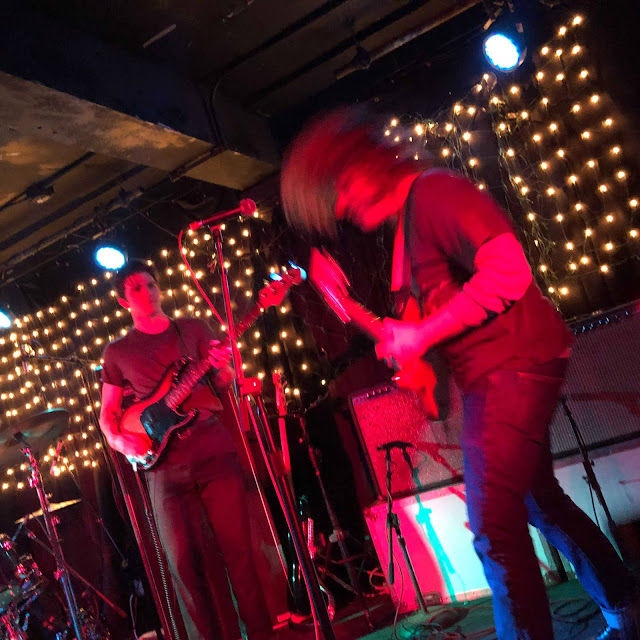 The opening bands, both local, diverged as well. Tobacco City played spooky, touching, waltzing Americana, the guitarist and singer and the female vocalist calling to mind Emmylou and Gram; the pedal steel player sent gorgeous, heartrending lines throughout the small club—last night was his first gig with the band and he's probably a keeper. I can't imagine the band without him. Axis: Sova came on next, two remarkably adept guitarists, a bass player, and a drum machine. Somehow these guys rocked it up while tethered to the machine, their sinewy and dimensional playing finding a curious home inside the metronome. Dynamic stage presences these men aren't; they played super-serious with nary a nod to the crowd. (I think they take their cue from their standoffish drummer.) 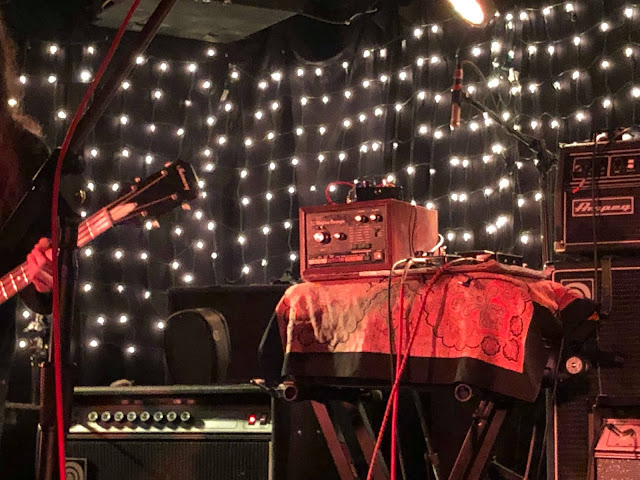