The People who listen to "People Who Died," cont'd 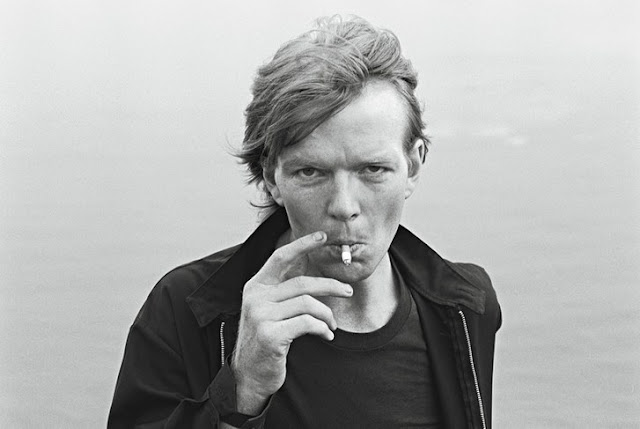 Last year, I wrote: "A little over seven years ago, I posted Jim Carroll's 'People Who Died' to my YouTube channel, 3 Chord Philosophy."


It's the fourth most viewed video there, after the White Stripes' "The Hardest Button to Button," the Cars' "You're All I've Got Tonight," and Dwight Yoakam's "Fast As You," yet by far it's received the most comments, 640 and counting, as of today. Many are of the "what brought me here" variety, but the more thoughtful and urgent comments tell a story: "People Who Died" has clearly struck a power chord in the young and the old, the experienced and the innocent, the sadly wise and the wide-eyed romantics alike who respond to the song's melancholic desperation, rock and roll fury, and biting honesty.

"It's accessible to kids," Carrol said about the song in 1980, adding "It's like an elegy but it's not sentimental." Four years later, he remarked that "People Who Died" is a "about, you know, stolen possibilities, about people who died young before they could fulfill their promises, you know?" The song will last, and continue to move listeners and challenge them to face their own grieving, callousness, or befuddlement in the face of loss.

And the comments keep coming, 889 as of this morning. I think they always will. We're too close to the emergence of YT still to gauge the effects of the community it's established and fosters. But it's legit, and powerful. (Click to enlarge.) 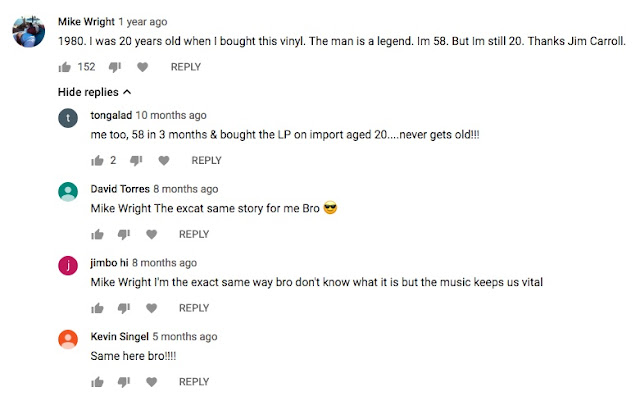