Waiting for the all-clear 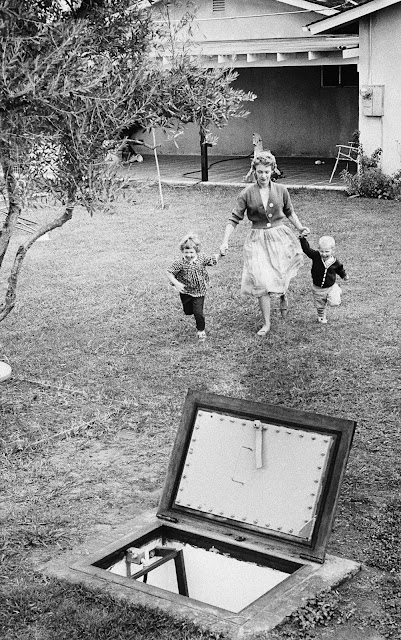 Dawn Marrano's "Fallout," excerpted from her essay "The Half of It" and reprinted in In Brief, is a terrific evocation of mid 20th-century nuke paranoia, with references to "clouds over Nippon" and Hoovers. But "The memorable essay...is not place- or time-bound," Joyce Carol Oates notes. "It survives the occasion of its original composition." Marrano's really writing about family, belonging, and desire, eternal subjects.

Bomb-spooked, Marrano's father is digging a fallout shelter in the back yard, and she's instructed to tell her friends that he's building a swimming pool. No problem! Marrano revels in her new-found neighborhood popularity and the tantalizing possibilities of living underground, until the inevitable occurs: national paranoia recedes, the shelter's no longer needed, and Marrano's intimately imagined life and her childlike reckonings of what shelter really means are whisked away. Here are the final paragraphs:


I, of course, was too young to appreciate [her parents'] predicament. All I knew was that we had a hole in our backyard big enough to inter a woolly mammoth or two, but nobody was ever going to swim in it. By the time I learned the truth of the matter, though, it was too late: Word about the pool had made the rounds, and my name had already shot to the top of the playmate popularity charts.

When my mother wasn't looking, I'd lie on me ground with my head over me lip of the pit, drawing in its mysterious, raw smell. The earth was dark and sodden; twisted roots appeared from unknown sources beyond our backyard walls. They reached into the great hole like fingers, seeking. I imagined my family together in the shelter with the roots folded around us, eating Campbell's soup, telling stories, waiting for the all-clear.

Then one day without any notice, my father filled the pit in again: broken cinder blocks, broken tools, broken lawn furniture, yard trimmings. Dirt, then sod.

I love those roots emerging from beyond "backyard walls," a kind-of surreal anti-suburbia, and that brutal move from Campbell's soup to cinder blocks. The essay ends with a cutting and powerful admission: "After that, l think a part of me stopped counting on much of anything." 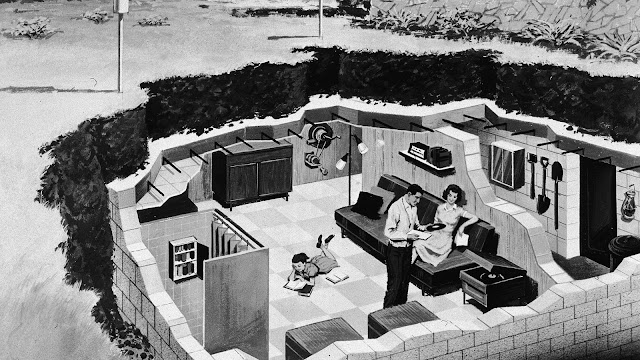 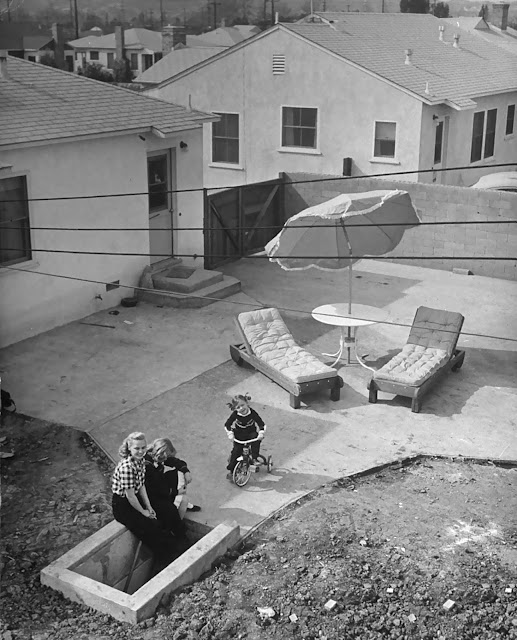 Photos via Timeline (top and middle) and via Pinterest (bottom)
Posted by Joe Bonomo at 10:27 AM