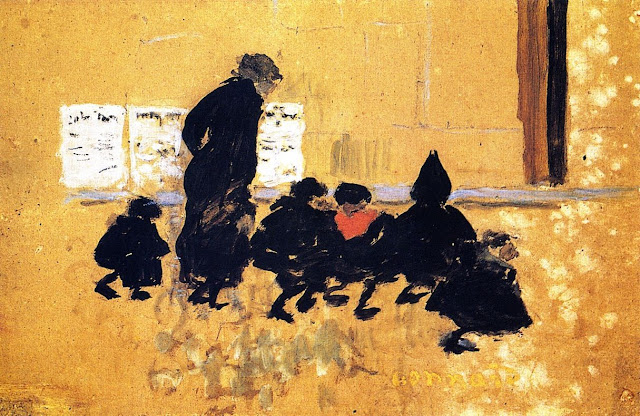 Today in class I called on a student sitting next to me in the circle. She had obviously zoned out, and, flustered, took a requisite glance down at her book before admitting that I'd caught her off guard and could I come back to her. Hardly a thing, and yet during the end-of-class writing as the students were drafting in their notebooks I thought back to a time in college. During her Modern Lit course, Dr. Susan Lombardi called on me to respond to a fellow student's observation. I'd zoned out, thinking probably of what song I'd lead off my radio show with that week, and in the panicky moment that followed I realized that she'd asked me to respond because the student had said something, thoughtful I'm sure, about a comment I'd made a while earlier. The professor was pleased at the discussion, and rightly felt that I'd be pleased also that my observation had inspired another student. I stared at my teacher dumbly, looked down, asked her to come back to me, and glimpsed what I was sure was a shadow of disappointment on her face. This small and insignificant humiliation was compounded by the fact that earlier that semester I'd naively, and no doubt incorrectly, used the word "Deconstruction" in class, and in the hallway a few days later Leonardi stopped me and invited me to her office because she had a book on Postmodern theory she thought I might like. I never went, for a million petty reasons.

I've always wanted to apologize to Dr. Leonardi for my lameness in class, for my ungenerous response to the respect she showed me. I went so far as to compose an email to her years later, and discovered that she'd left academia and was living somewhere in northern California. If my student were to track me down in the future and apologize for her utterly insignificant distracted moment in class, I'd assure that I knew just how significant it felt to her.