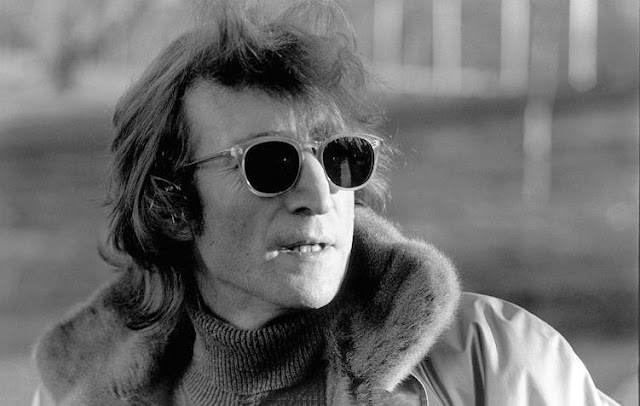 I was listening to Monday Night Football on the radio in my bedroom. Either Jack Buck or Hank Stram announced it—I'm pretty sure it was Stram, whose voice afterward I always associated with the shock and drama of the moment, though memory and its desire might be telling the story at the point Anyway, in my teenage earnestness and grief I wanted to wear a black arm band to high school the next day, but I chickened out. My brothers and sister and I stood in her bedroom in mumbling disbelief. In retrospect, something did change that night, though I'm still not sure exactly what: violence and self-absorption and mania felt that much more personal, yet at the same time removed and beyond belief. All of the awfulness scored by music: DJs across the country dropped the needle, the opening of "(Just Like) Starting Over" suddenly became impossible to listen to, and "Watching the Wheels," it seemed, began its 24/7 presence on the radio that moment.