"It's the same every year" 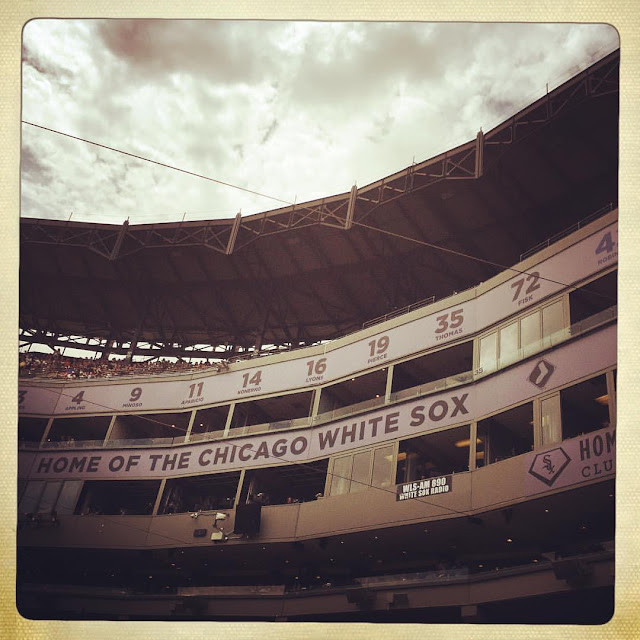 Last night, Amy informed me that since June of 2016 she's been privately writing down comments that I've made about the Chicago White Sox, some to her, some spoken under my breath, ducking into her writing room and scribbling as many as she could. Among my mutterings while reading the Tribune and various online sites and my cheers and curses during games, there's been quite a bit for her to document. I barely noticed when she'd disappear for minutes at a time, probably because I was still puzzling over a lousy game. She was curious if over time she might be able to chart a baseball fan's hopes and optimisms in the face of the game's typical and relentless heartbreaks, look for patterns. ("It's the same every year," she helpfully points out to me.)

Eventually she started thinking that it'd be kind of weird if I stumbled upon her secret on my own; coupled with the devastating news of Sox pitcher Michael Kopech likely out for 2019 with Tommy John Surgery, the time felt right for her to turn over her findings to me. Reading them was part strange, part hilarious. Apparently I'm a bit of an obsessive, and a repetitive one, at that. No surprise there. That's what baseball does to you if you're a fan: build you up in March, and test your will over the next several months, only to do it all over again the following season.

Here are some highlights and lowlights, some ups and downs from a White Sox fan. See any common threads?


15 June (Wednesday)
Baseball is so humbling. They’re only the best players in the world. And still they struggle.

16 June (Thursday)
There’s a rumor today that Robin Ventura might be fired.

20 June (Monday)
Wow. Walked the bases loaded. None out. Okay. Not much to say.

25 June (Saturday)
By the way did you see that the White Sox hit seven home runs but still lost? It’s only happened 3 times since 1913.

17 July (Sunday)
It’s comic that we do not score runs when Jose Quintana is pitching. We waste a beautiful pitching performance. I love baseball. It’s confounding.

3 October (Monday)
God, why do I have to pull for a team that is so mediocre? Oh well, we’ll see… [wry smile] I already feel optimistic about March. 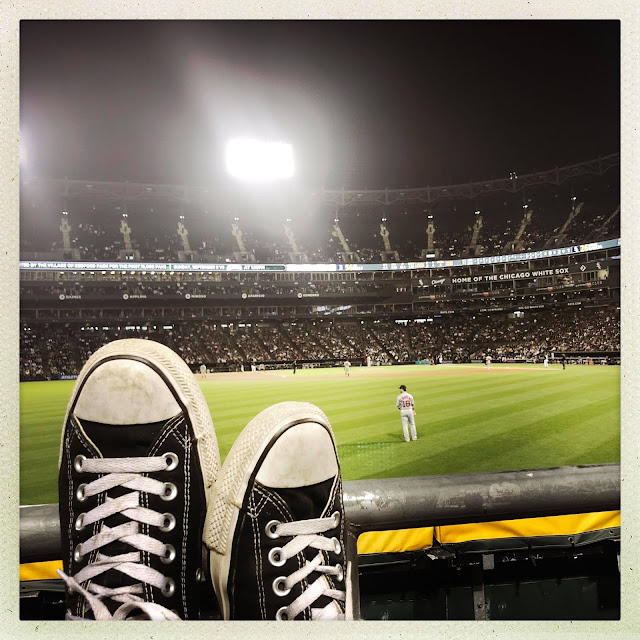 
12 June (Monday)
It's a rebuilding year. Currently we’re in last place but if we stay there, we get a good change at a high draft pick so it’s actually a good thing.

16 June (Friday)
You know what place the White Sox are in the Central Division? …Last.
...


Hey it’s the second inning and we’re already 7-1! Maybe we’re getting our stroke!

18 June (Sunday)
The American Central Division is so bad that we’re in last place, but we’re only 4 games behind first place.

25 June (Sunday)
We’re in last place but that’s okay because it means we’ll get a higher draft pick.

2 July (Sunday)
Pedroia plays his 100th game without an error, meanwhile our shortstop Tim Anderson is leading the American League with errors.

8 July  (Saturday)
[excitedly] It’s that time of year when the division races are tightening up. [pause] The White Sox are not involved. They’re in last place. Last place. Can’t be worse in our division than last place.

22 July (Saturday)
Record-wise the White Sox are by far the worst team in the major leagues. Thought I’d clue you in.


Meanwhile our great pitcher Chris Sals who was traded to the Red Sox is having a great year. That’s one of the difficulties in being rebuild-y.
...

We have a stadium logo with an arrow pointing down and our new pitchers name is “Bummer.” That just about tells you how our season is going.

30 July (Sunday)
Love the sport more than the team.

31 July (Monday)
We’re in last place but that felt like October ball.

1 September (Friday)
I can’t wait ‘till playoffs. [Amy: for the White Sox??] The White Sox are firmly in last place with one of the worst seasons in baseball. We’re rebuild-y, don’t forget. 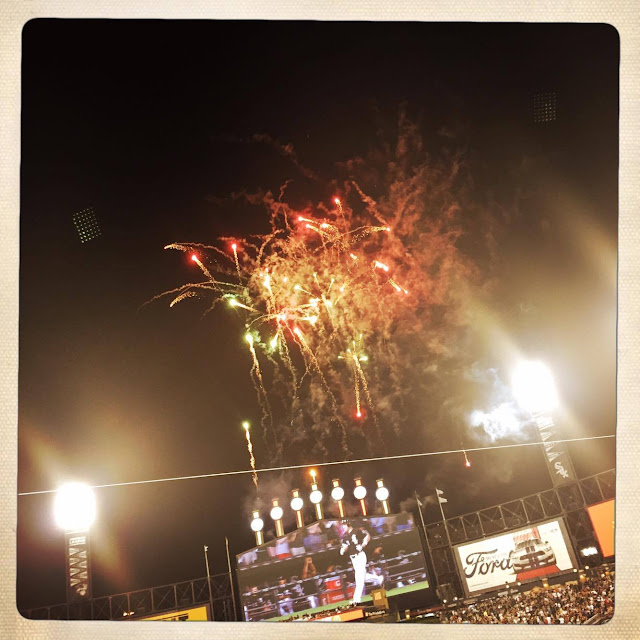 
9 April (Monday)
I don’t know if I’m going to be saying this everyday, but the Sox are losing.

21 April (Saturday)
[whistles] We’re terrible. I knew it was going to be rebuild-y, but…

6 May (Sunday)
[offers extended play-by-play of the game] …then we lost it. Typical Sox game. Typical Sunday.

May 30 (Wednesday)
In other news, White Sox are down 7-0 in the 4th inning already. Just keeping you in the loop.

May 31 (Thursday)
[reads headline] "Brights spots getting hard to find with Sox." It's true.

June 1 (Friday)
This looks about right. We're down 2-0 and the bases are loaded.

[a minute later] If you have a team that's terrible you don't have any anxiety or tzuris about losing or winning. You can just enjoy the baseball!

21 June (Thursday)
I feel bad for the White Sox beat guys because they have nothing to write about because we’re doing so bad. It’s all ‘specu-lying.’

8 July (Sunday)
Boy I wish my baseball team was winning.
...

26 July (Thursday)
I think the White Sox traded a player today. I gotta find out.

30 July (Monday)
[kindly tone]: Just wanted to let you know… The White Sox have reached a new low in ineptitude. … this is one of the worst teams that I can remember… that’s all. 13-4.

31 July (Tuesday)
We’re on a course to be one of the worst seasons in the franchise’s history!

26 August (Sunday)
Kopeck’s pitching well; got everyone out of a jam again

29 August (Wednesday)
[listening to a game on the radio] I love baseball; I’m already missing it.

1 September (Saturday)
[yearning tone] Honey, are the White Sox gonna compete in the next two years? Probably not.

2 September (Sunday)
It’s probably best that the White Sox won’t compete because I’d be a nervous mess, but when are we going to be good enough to compete again? It would be SO FUN to be in the playoffs. Oh well, rebuild-y. Two, tree years.

7 September (Friday)
Kopech tore his UCL and is out for the season. That’s why the White Sox can’t have nice things.