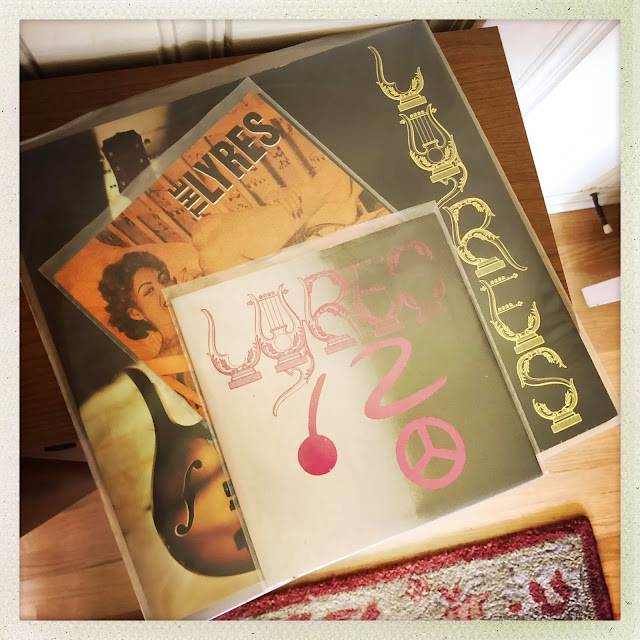 I'm always grateful that I got to regularly catch Lyres in their prime, the early- and mid-1980s, before lineups began imploding (sometimes onstage) and before Jeff Connolly's output diminished. Onstage, the band didn't wear the trappings of a Neo Garage Revivalist band; it was usually jeans and t-shirts for these guys, who looked indistinguishable from the venue's sound man or bartenders, or the odd roadie helping them load-in at sound check. Their songs were raw, unvarnished, rancorous rock and roll, self-consciously styled spectacle and image be damned, whether they were obscure covers or Connolly's originals. A night at a Lyres show meant a grinning, sweaty, dancing good time. I miss 'em.

Email ThisBlogThis!Share to TwitterShare to FacebookShare to Pinterest
Labels: lyres, rock and roll