The opening paragraph from "To the Reader" in Mary McCarthy's Memories of a Catholic Girlhood, published in 1957:


These memories of mine have been collected slowly, over a period of years. Some readers, ﬁnding them in a magazine, have taken them for stories. The assumption that I have "made them up" is surprisingly prevalent, even among people who know me. "That Jewish grandmother of yours . . . !" Jewish friends have chided me, skeptically, as though to say, "Come now, you don't expect us to believe that your grandmother was really Jewish." Indeed she was, and indeed I really had a wicked uncle who used to beat me, though more than once, after some public appearance, I have had a smiling stranger invite me to confess that "Uncle Myers" was a hoax. I do not understand the reason for these doubts; I have read about far worse men than my cruel uncle in the newspapers, and many Gentile families possess a Jewish ancestor. Can it be that the public takes for granted that anything written by a professional writer is eo ipso untrue? The professional writer is looked on perhaps as a "story-teller," like a child who had fallen into that habit and is mechanically chidden by his parents even when he protests that this time he is telling the truth. 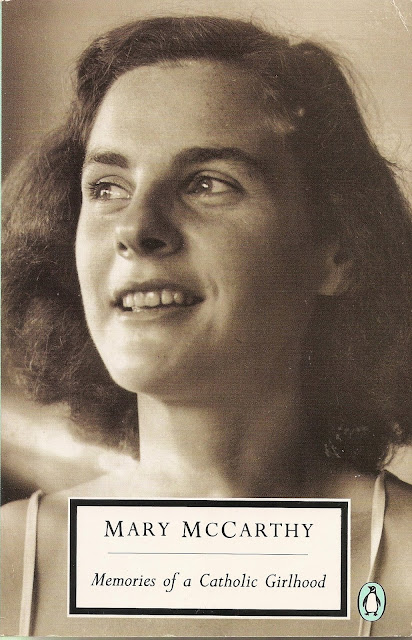 Email ThisBlogThis!Share to TwitterShare to FacebookShare to Pinterest
Labels: Autobiography, mary mccarthy, Memoir, memories of a catholic girlhood, memory, the past, writing