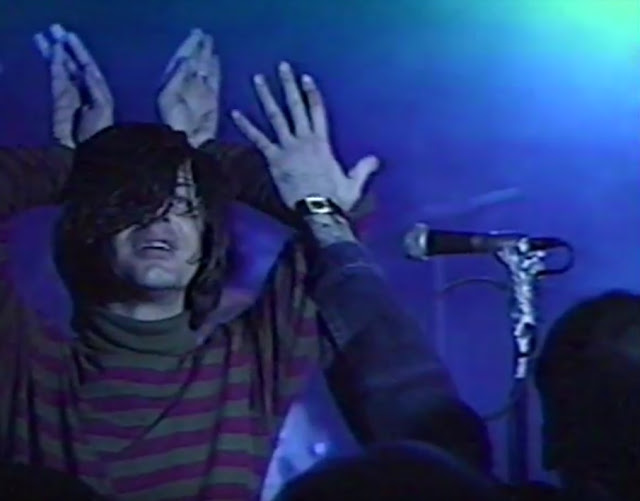 Here's some more rare Fleshtones footage via OnTourProduction from the short-lived Andy Shernoff Era, a March 1989 show at Green Parrot in Neptune, New Jersey, on the Jersey Shore. The band runs through "Moon Dawg," "I've Gotta Change My Life," and "The World Has Changed." Shernoff is characteristically rooted, but mugs a bit for the camera at one point, and a grinning Keith Streng loosens him up at the end of "Change My Life."

I like the moment when Peter Zaremba responds to a barked-out request for "High on Drugs" by Streng's side band Full Time Men: "High on drugs? Not us, baby! Not this generation, not this situation. We can't do that." He adds, "Not in public."

Ken Fox would join the band in a little over a year, bringing high leg kicks.

Ha! this is f'n awesome!! when you guys comin' back down to Baltimore, huh?
don't make us come all the way back up there.....but we will if you play on that boat again! Miss the Fleshtones more than ever....guess i need a passport!!