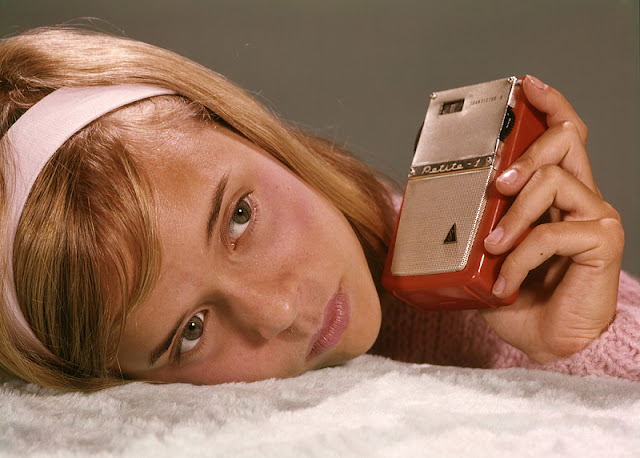 "When you made the charts in 1965, you became part of a small but dynamic world. It changed every week, just like the world of work and family life, politics and war. As in the world of work, family, politics, and war, certain of the elements of the pop world—disc jockey patter and commercials, the rituals of contests and pranks—barely changed at all, and other elements changed so radically they hijacked memory, to the point that whatever happened the week before could seem to have happened years ago. This was Top 40 radio: city by city, from one end of the country to the other, a true forum, in 1965 more open to anyone, known or unknown, black or white, northerner or southerner, American or foreigner, male or female, than any other cultural medium—never mind business, religion, or college."
—Greil Marcus, from "Top 40 Nation," in Like a Rolling Stone: Bob Dylan at the Crossroads

A random week from the summer of '65, ever mind business, religion, or college: 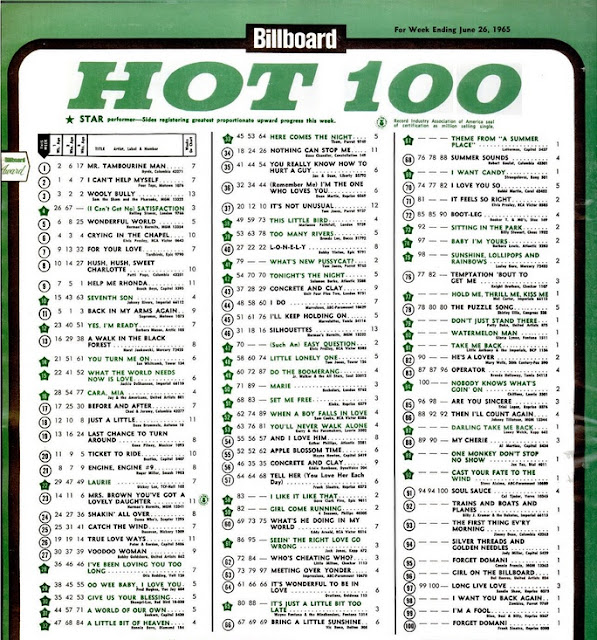 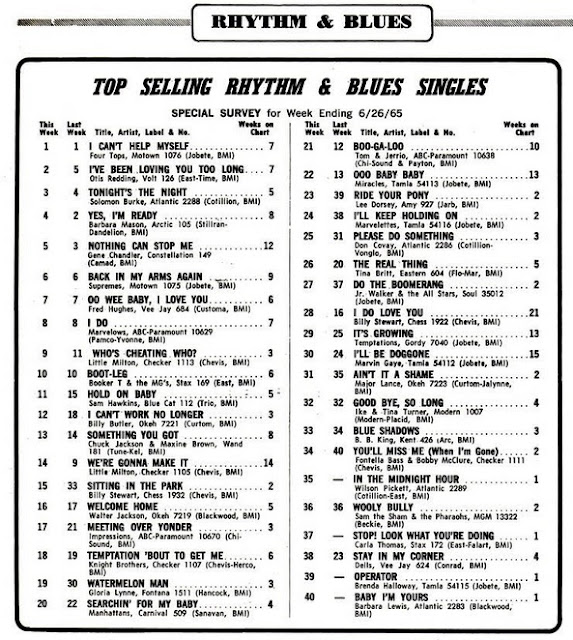 Photo of teenager via National Museum of American History.
Posted by Joe Bonomo at 10:54 AM

i love glancing over the music charts of the mid 1960's. there was so very much variety.