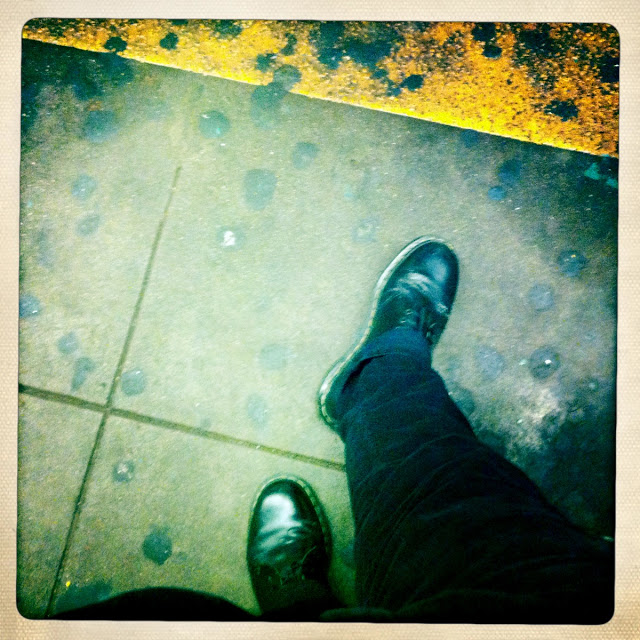 I'm dipping in and out of and enjoying Lizzy Goodman's Meet Me in the Bathroom: Rebirth and Rock and Roll in New York City 2001-2011. As with all good oral histories, reading it gives the impression of being at a party with all the right people at that sweet spot when everyone's in a good mood and talking, say between drinks (or snorts) two and three. I didn't listen to all of the bands Goodman's book covers—over the years I've essentially sampled Kings of Leon, Yeah Yeah Yeahs, LCD Soundsystem, and many others she talks to—but I loved the Strokes' and Mooney Suzuki's first records (and the White Stripes', the Kills', and the Hives'), and at the time was cutting through the haze of the myth as the myth was blooming.

But I was on the outside looking in. I lived in New York City for month-long stretches in the early 2000s as I was researching and writing Sweat, a book about a NYC rock and roll band utterly ignored if not dismissed by most contemporary Big Apple musicians and bands (and conspicuously absent from their own scene chronicles, as well. I'm looking at you, Please Kill Me). In a sense I was living in an alternate reality, thinking a lot about a band that itself lived a kind of invisible arc. Once at B-Side, a bar in Alphabet City where I'd become friendly with the bartenders and regulars, I mentioned why I was in town, and one of the twenty-somethings a few stools down said to me, "Hey, call up the Fleshtones, let's get 'em down here to drink with us!" He didn't realize just how out of the scene and, saddled with families and other burdens as two of the band members were, otherwise occupied the band was. It might've been Goodman's twenties, but It wasn't the Fleshtones' anymore.

My vivid sense of New York City the early 2000s is not hanging out at Pianos or at Brooklyn loft parties but walking around lower Manhattan post 9-11 vibing the mean streets by blasting the Dirtbombs' epic version of Curtis Mayfield's "Kung Fu" on my CD Walkman. So it's interesting in retrospect to have been in the City during the era Goodman's book describes, and to recognize how far from the epicenter I was, in part by choice, willfully planting myself in another era as I reconstructed the late 70s and 80s. I did catch Mooney Suzuki at CBGB in the summer of '01—a killer show—and Yeah Yeah Yeahs (and Mooney again) at the Siren Festival at Coney Island the following year. On the agonizingly long subway ride back to Greenpoint, Brooklyn after the Festival I drolly remarked to my friend Steve that just about everyone on the oppressively hot, crawling train looked like a member of the Strokes. Such idolatry didn't last too long, as Goodman's book makes clear. Amidst the blurry recollections of drug abuse, random hookups, record contracts, and touring are vivid glimpses of the Strokes' early gigging and swift ascendancy and just as swiftly their fall from the heights of commercial potential. The first Strokes album is great; the second, being a rewrite of the first, is good. The similarity in sound and sounds in those two records goes a long way to illustrating the gap between hype and reality, mood and fact. What sounds vanguard and revolutionary today might sound bittersweet tomorrow. As Goodman titles her book's first section: "Nostalgia for an Hour Ago."

But what do I know? I was there bodily but it wasn't my time; my time was over. I wasn't there in spirit. All of which is to say, it's a blast and always moving to read the memories of those who in their twenties believed truly in their generation's music, as you do, blasting ever forward by the native propulsion of stay-out-all-night youth and fizzy optimism, and now landing and settling in the rear-view wisdom of perspective. Every era needs its book like this. 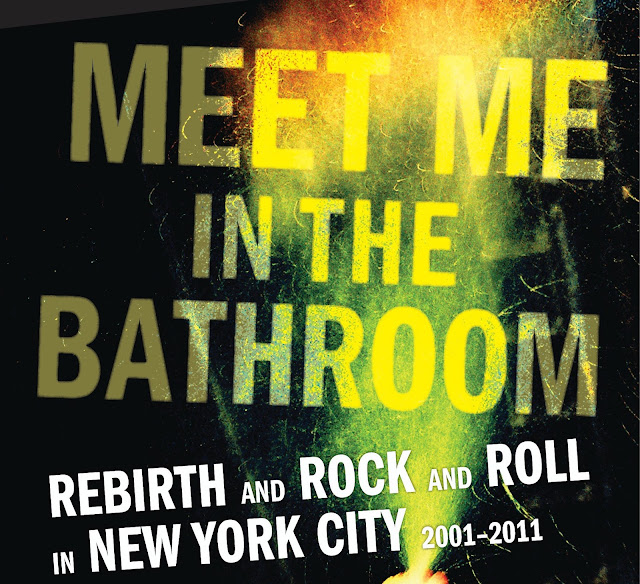