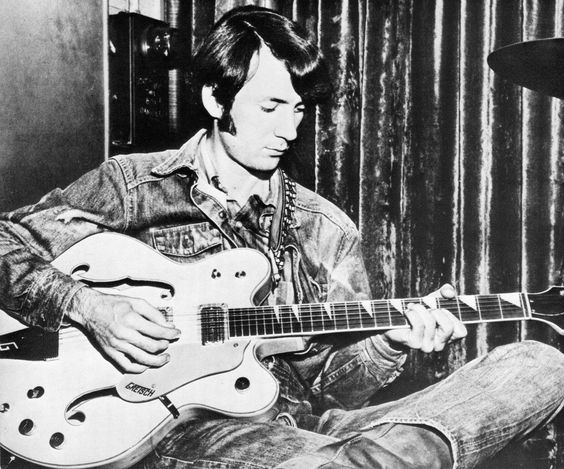 In his thoughtful, aloof, definitely odd memoir Infinite Tuesday, Michael Nesmith riffs on the riff. "Anecdotes and riffs are true things, even though they seem loose and unscientific," he observes. "In music the deﬁnition of a riff is essentially broad. A riff is not necessarily a repeating phrase, like the guitar intro to “Paperback Writer,” even though it may have started there."


A riff by deﬁnition is not written or defined before it is played or sung or said. It is of the moment. It can be an added string of notes between a refrain and a verse, or a made-up phrase across the top of a series of chords, as in a jazz performance, but the critical distinction is that riffs are real-time, happening pre-thought in the moment, and many times a surprise. It might even be a wisecrack, if it’s insightful enough.

A good riff can embody and express the essence of a song or a melody in just a few notes, the same way a quick anecdote can frame an actual event, making its spirit clear even to those not resent at the event. Truth works in this way—it is illuminated through the metaphor, the parable, the anecdote, and the riff. It is terse, clear, concise. The truth reveals the spiritual facts of life. A notable aspect of riffs and anecdotes is that they only happen once and never repeat. They are sui generis.

The ephemeral nature of a riff points, for some, to insubstantiality, but for others this is timelessness, an essential nature of the riff, the spontaneous and sudden appearing, then disappearing, of the genuine article, a quick wink that lets everyone know that the universe is watching out for us.

Riffs take readiness and practice, as does truth-telling. Silence is the gold standard because spaces in a riff count for just as much as what is spoken. When W\what is said is true, there is a ring to it that is like no other sound. It is a real sound, an actual sound, a sound that makes one turn their head, but its substance is spiritual, beyond the sense fences, the walls and clatter that hide so much.

Read Infinite Tuesday if you want similar essaying of Celebrity Psychoses, the Hollywood Mind, the nature of reality, the limits of epistemology, and video technology. You'll likely be disappointed if you're looking for a breakdown of the various mixes and takes of "Valleri" or much gossip about The Monkees and the band running around goofily in it. Nesmith decidedly keeps his gaze above the horizon, where his philosophical thoughts and ruminations gather. 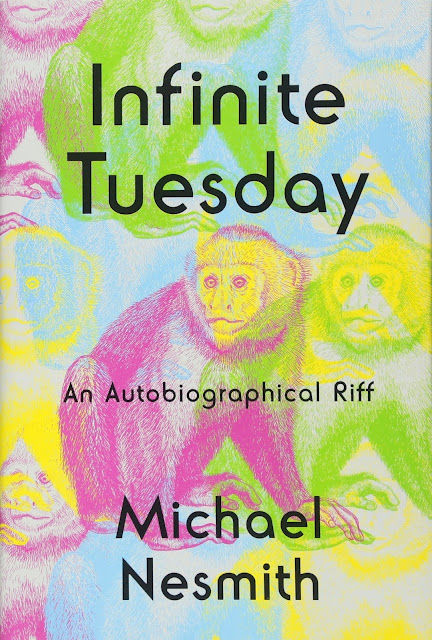