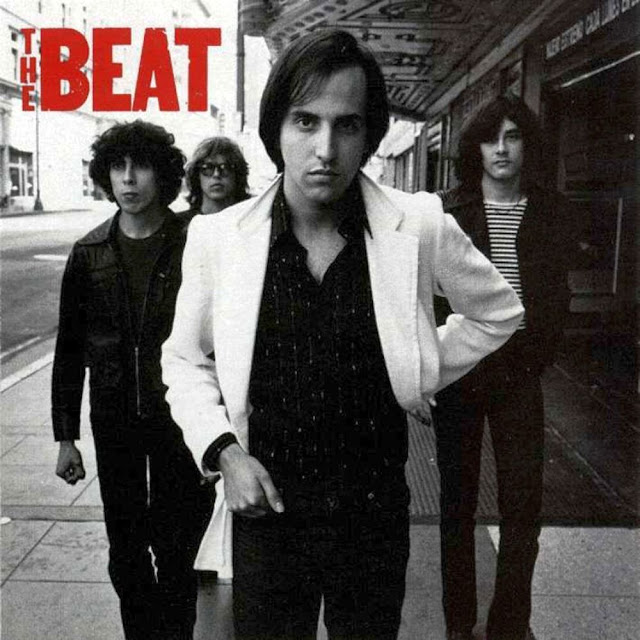 A few days before The Longshot played Black Cat in Washington D.C.—one of the best R&R shows I've seen in a while—Paul Collins posted a picture of himself with Billie Joe Armstrong snapped by Bob Gruen after The Longshot played Coney Island Baby in the East Village in Manhattan. "It was the third time I have met Billie and he is always the coolest guy!" Collins wrote. "He wears his success very well!" Among the covers The Longshot played a Black Cat was a rousing rip through "Walking Out On Love" from the Beat's 1979 debut album.


The Longshot's terrific Love is for Losers rocks in the spirit of the Beat's debut, and I revisited the latter album today, reminded again of what a great rock and roll album it is. With its singer's punk-ish loner persona and track-by-track girl problems, it's always sounded like an album that, in an alternate universe, the moody bad boy Jimmy in the Shangri-La's "Leader of the Pack" might've listened to. To my ears, it's always been the paragon of rock and roll sound, via a tight band and producer Bruce Botnick: the guitars are bright and sharp and sound as if they could cut you; the drums and bass are recorded to emphasize muscle and punch but mixed to maximize pop sheen. (Listen to those cymbals!) Everything's in your face, but the room's recorded, too, and the dynamics are so well-balanced as to retain the wallop and roar of a hot live band as well as that band's beguiling hooks and melodies. Power. Pop. The album benefits from the era in which it was produced, as well, as the songs breathe without the stuffy, loudified suffocation of so many current-day recordings.

The album's full of killer tunes—"Rock N Roll Girl," "Different Kind Of Girl," the explosive "Don't Wait Up For Me," the driving "U.S.A."—but to my ears "Work-A-Day World" best captures Collins and his band's exuberance at playing rock and roll and believing in the promises that the music can deliver. The back-and-forth bass and guitar riffs mimic the clockwork grind of a work day, but the song busts out of that rut with a great singalong chorus, as at the end of the second verse:


The boss comes and says to me, "Hey, get to work for me!"
Who is he anyway? I just got to get away from the work-a-day world

The best moments occur in the two ruminative half-time passages, at 0:54 and 2:17, when the clock on the wall's going backwards but the song lifts the singer from the blues of everything that work requires of him, everything that working dulls him to and prevents him from achieving, no matter how trivial:

But listen how the song's pace accelerates, insisting on itself, and brings us right out of the tiresome, what if doldrums into the lift of that terrific chorus. Like so many great rock and roll songs, the music rescues the singer from the problems he's singing about, or at least gives him reprieve, and in just under three minutes.

I caught Paul Collins and his band a few years back in suburban Chicago and two years later (opening for the Fleshtones) in Jersey City. Time has done nothing to dim his ardor. He's working a better job now.

Greatest power pop album ever, by far. Cheap Trick and REM have nothing on this guy.

Saw them in NYC IN 1979 when they were touring behind this album. Great, great show.

one of the greatest albums by anyone ever. this album meant so very much to me my senior year in high school.