If had to choose one song that fulfills the promises that rock and roll makes, it'd be "Lipstick Vogue," the ferocious track Elvis Costello cut with the Attractions in late 1977/early 1978 at Acton Studios, in London. Written in a flurry, the song's rhythm was inspired by Costello's rides on the Metropolitan London Underground as those journeys dovetailed with the propulsive Byrds track "I See You," from Fifth Dimension (1966). Lay the rocking to-and-fro of a tube ride over Jim McGuinn and David Crosby's raga-inflected soundscape and you have the taut sinew of "Lipstick Vogue." Costello later said, "I didn't mention this bit to [Attractions drummer] Pete Thomas at the time, so what you hear is all his own work," adding, "I stand by every word."

"Lipstick Vogue" is a remarkable performance. Thomas's driving drums, a snare-and-tom attack that ebbs and flows throughout—a pulse that quickens and slows and quickens—, Bruce Thomas's high-end anxiety on bass, and Steve Nieve's paranoid organ lines amp the energy and anxiety levels of the song, and sound like nothing less than the inside of your body the moment when you're angry, resentful, proud, and vindictive, your heart racing and blood pounding. The song's subject is Costelloian: a hot-temper persona rails against someone who's self- and surface-obsessed, mean, teasing, and dismissive, unable or unwilling to see the heart and depth of the man she's throwing away. The chorus suggests that the singer sees something more in her than she does, that she's more than just a prevailing fashion or style; that she can't or won't see this fill him with spite. That old story. The song features one of Costello's most biting opening verses, spat out in Elvis's signature early-career style:

and other lines that have become iconic:


Sometimes I almost feel just like a human being

You say I've got no feelings, this is a good way to kill them

You want to throw me away but I'm not broken

But it's the Attractions' performance that elevates and adds dimension to the anger and resentment in the lyrics. As in all great rock and roll, it feels as the musicians have to catch up to the song though they're the ones playing it, creating yet chasing after something that in its eight-note urgency, blend of loud and quiet passages (the vitriolic verses and chorus, the take-a-deep-breath middle), and hurtling, forward momentum embodies what the lyrics alone can't fully. I love a song that sounds at the end as if the band was amazed at where their playing took them.

What does rock and roll promise? That a song you can never quite catch up to can say everything you're feeling in a moment of passion.


Look at this kicking garage band, from a June 21, 1978 show for Rockpalast at WDR Studio L, in Cologne, West Germany. Incendiary: 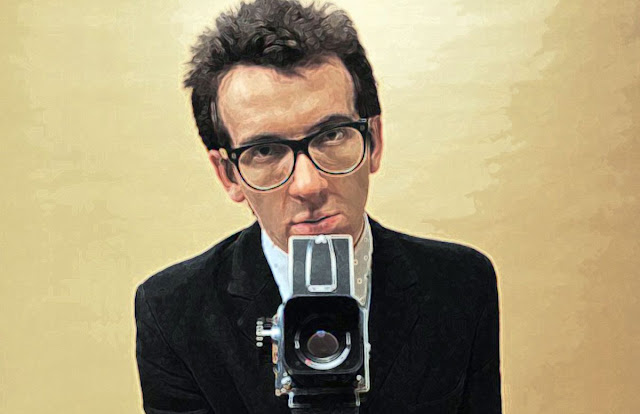 this CD was my drive-home music yesterday. What a drum-heavy record, there are three cuts that start with drum intros, one with a drum outro and two that start with bass and drums. How did he go from Clover on "My Aim..." to this great band?

Will someone please give those guys some sandwiches.