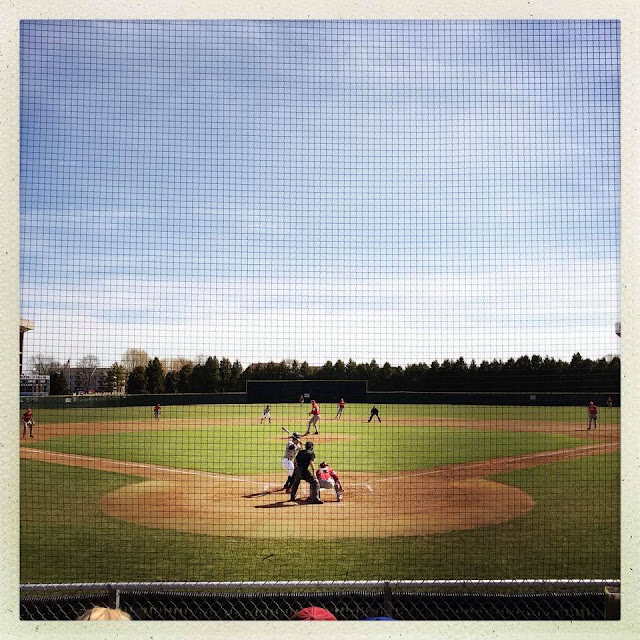 Yesterday I took in my first baseball game of the year—an aluminum bat affair in DeKalb, Illinois. My Huskies were taking on the RedHawks of Miami of Ohio, and I sat in the welcome sun right behind home plate. The afternoon was especially glorious after (?) the brutal winter that has settled gloomily over northern Illinois like penance, and the crowd, more than four hundred of them, were grateful, lively, and loud, helped in decibel level by the visiting NIU football and women's basketball teams who, with their coaching staff, filled one side of the bleachers and yelled and screamed in support. It was a blast. Football head coach Rod Carey eventually moved down to the front row to sit with his peers and family and to let his players have a good time without Dad around. He had to wipe away many a smile and smirk as his charges laid into the opposing team with a little coarseness and a lot of goodhearted ribbing. Families were in attendance, little kids were running around, the sun was high: a tonic.

I enjoyed popcorn, a beer, and the pleasing sight of young kids playing baseball with earnestness, skill, and enthusiasm. I had to leave after the fifth, by which time the Huskies were in control —behind Senior Brad Wood's two-run double down the right field line, part of a loud four-run fourth inning that also included two Huskies getting plonked by pitches with the bases juiced. Miami's crestfallen Spencer Mraz suddenly looked like one of my students out there on the mound. 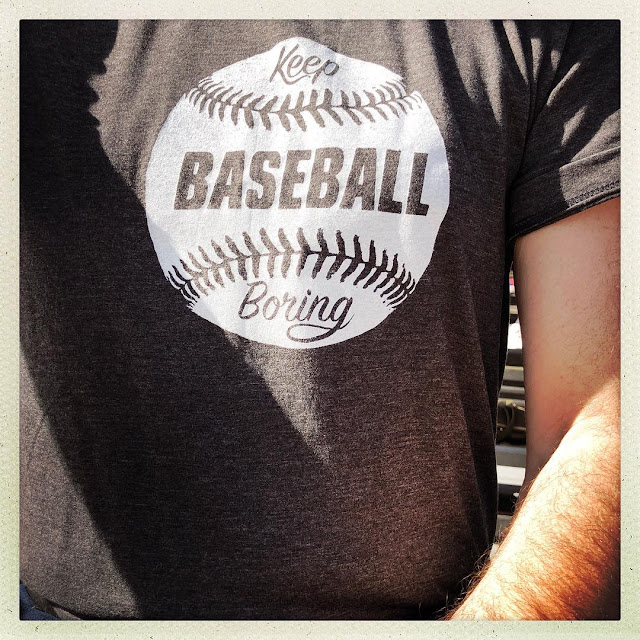