Why don't you ask her? 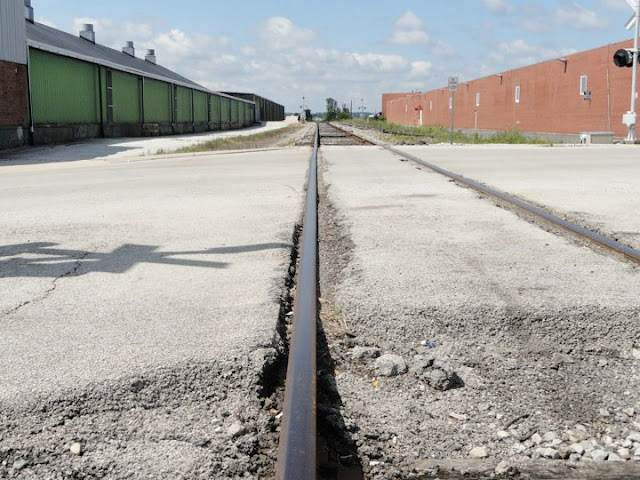 Mark Doty, in his terrific essay "Bride in Beige," recounts being asked by his copy editor to fact check an incident in his draft-stage memoir, Firebird. The incident in question was why his sister wore a beige, not a white, wedding dress. Why don't you ask her why? said the copy editor. Doty writes: "This question struck me with considerable force, in the way that obvious things often do. All I had to do was pick up the phone."


But what startled me was not that an answer to my question (or the version of the story my sister Sally would recall now, anyway) was readily available—what struck me was that I had been working on the book all this time and that, during all that delving, I hadn't wanted to know. l didn't realize until I was asked this question how deeply my book was allegiant to memory, not to history.

When I was a kid, my family regularly drove from suburban Washington D.C. to the small town of Coldwater, in western Ohio, where my mom's parents still lived. Train tracks cut through the town, and once, while I was walking with my older brothers and sister from our grandparents' house into town, a train arrived. While it was still a ways away, one of my brothers grabbed my foot and wedged it between the rail ties near a street intersection. My foot was stuck as the train—in memory—barreled toward me at reckless speed. It was probably traveling slowly, as trains do when cutting through a town, and soon enough I wrenched my foot free as—in memory—my brothers laughed.

I share this inconsequential story, a version of which you likely possess, not to incriminate my siblings or to whine and cry foul, but because I'm put in my mind of it whenever I read Doty's essay. I, too, could easily corroborate this story with the brother in question, but I don't want to know if a) it never happened, or b) it happened less dramatically then I recall. The facts don't matter to me, now. The incident (I'm still calling it that), how I've replayed it off and on down the years, has come in large part to define and narrate my attitude toward and relationship with my brother for a certain period of our lives. Were I to discover that my memory is suspect, or were I to hear my brother's version, likely different from mine, or his defense, or other details that would provide context, the essential truth that that memory tells in unchanged. It's a kind of Greek chorus to a certain era of my life marked by resentment, immaturity, and dysfunction. What it says is true, always, even if what it says is untrue.

Later in the essay, Doty writes, "I want to suggest that beyond the personal ethics of memoir—how fair or unfair we are to other people in our lives—and beyond the matter of accuracy, there’s a higher ethical standard, which has to do with the ethics of art: that what is made is commensurate with the real." Biblical stuff, that. What's real is what is felt; what's felt is what's true. There are many problems with that equation, which doesn't make it any less profound.

Doty's essay first appeared in Poets & Writers in 2008, and was reprinted in Truth in Nonfiction, edited by David Lazar.
Posted by Joe Bonomo at 3:33 PM

Joe, really liked this post. Put me in a nostalgic mood thinking of my own memories of Coldwater and our shared grandparents along with my own "truths" of the many sibling incidents I had. Thanks!! Enjoyed the post.
Tom Mueller

Tom! Thanks for writing, nice to hear from you. Coldwater's pretty magic for all of us, isn't it.