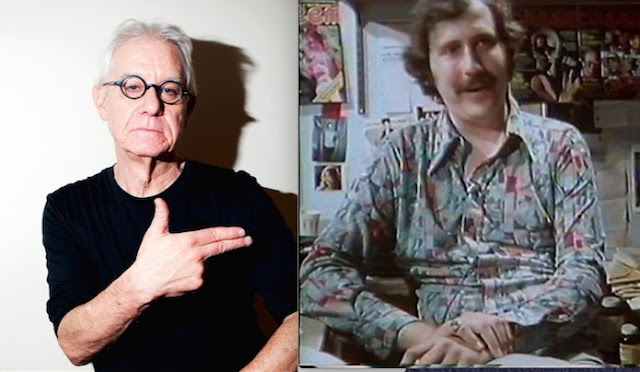 Last summer, I saw How To B A Rock Critic, Jessica Blank and Erik Jensen's play about Lester Bangs, at the 1700 Theater at Steppenwolf. I wrote then that I was on the fence about the performance, "somewhere between my gratitude for Blank and Jensen's commitment to a great writer and my my skepticism about whether music writing can be fully dramatized." Meanwhile, I'd wondered what Greil Marcus—Bangs's friend and editor—thought of the play. He recently weighed in in his "Real Life Rock Top 10" column, these days running in The Village Voice:


A marvelously fast and convincing one-man play, set in Bangs’s disheveled New York apartment, which the late critic (1948–82) finds full of people to whom he proceeds to act out what he does and why. The structure is, interestingly, on a parallel with Springsteen on Broadway—riffing through Bangs’s work as dialogue, instead of stopping to sing a song as Springsteen does to mark a point in his life, Jensen walks over to a phonograph, puts on a record, and talks over it. The music instantly confirms whatever case he’s making: The sound that comes out is so rich it’s as if you’ve never heard Otis Redding’s “I’ve Been Loving You Too Long (To Stop Now)” or Van Morrison’s “Cyprus Avenue” before.

Blank and Jensen get to the heart of the matter: The play is about Bangs’s struggle to believe that music can not so much save his soul as allow him, through signal moments of music, to construct a soul in which he might want to live, and his struggle to believe that he can pass that truth on to other people. For Lester, all good music, or all real music, was soul music. It didn’t matter if it was the nerd soul of White Witch or the heroic soul of Lou Reed, the doomed soul of Otis Rush or the intellectual soul of Charles Mingus. Because it was never absolute that what they had, could he write about it, would truly come to him, his work was full of longing, revelation, self-mockery, and pain. Jensen gets it all.

Email ThisBlogThis!Share to TwitterShare to FacebookShare to Pinterest
Labels: greil marcus, how to be a rock critic, lester bangs