I Need to Hear Your Voice 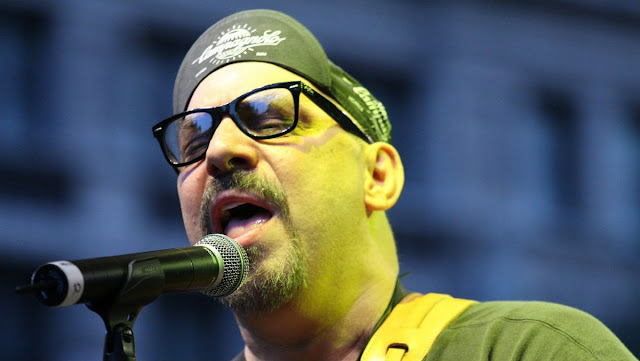 I was sad to hear about the death of Pat DiNizio. I didn't know him personally, but I know many who did, and I'll leave to them a proper tribute to the man and the impact he had on friends and family. He wrote and sung terrific, sturdy songs with his band the Smithereens, yet another group that toiled in the heady alternate universe of my and so many others' rock and roll and pop tastes. I'll never forget hearing Especially For You when it came out; spinning it in the preview room at WMUC, my college radio station, the top of my head came off at the irresistible blend of melodies, hooks, and power. This is it, I thought. I played that album, and the band's next few, to death, and like so many other musicians of that era—Tommy Keene, Marshall Crenshaw, XTC, the Three O'Clock, et al—the Smithereens soundtracked the elating, confounding, confusing days of my twenties, scoring smash after smash in my interior Top 40. So-called conventional success was always beckoning, haughtily: Keene signed with Geffen; the Smithereens with Capitol. (Capitol! The Tower! The Beatles!) 1989's 11 is a phenomenal record, loud and tuneful. I remember reading at the time that DiNizio and the band, working with ace producer Ed Stasium, wanted to make a record that sounded as if AC/DC had married Meet The Beatles. What a concept. And it worked.

I also recall a disconcerting flipside, as it were. DiNizio had written the album's lead track and single, "A Girl Like You," for Cameron Crowe's Say Anything. Allegedly, DiNizio withheld the song following disagreements with the film's producer, who then substituted Peter Gabriel's "In Your Eyes" in its place. That iconic scene could've been linked forever to a DiNizio song—and how might that have affected his career, his band, his life? We'll never know, and the story's old, but it illustrates just how much luck—good and bad—and sticking to personal values play in mainstream success.

I fell away form the Smithereens in the 90s and 00s. A bunch of years ago they played Cornfest, the music and food festival held in late August in downtown DeKalb, and I ran the few blocks into town to watch. They were great: tight, humorous, rocking, gently self-mocking. As happens in northern Illinois at the end of summer, a rainstorm blew in. The band was near the end of their set, just as they were playing a cover of the Beatles' "Rain." Perfect. These kind of modest, happy career moments I'll cherish, from the lucky outside looking in, as a band makes me smile because they're smiling because isn't rock and roll a trip?

Email ThisBlogThis!Share to TwitterShare to FacebookShare to Pinterest
Labels: in memoriam, pat dinizio, rock and roll, the smithereens