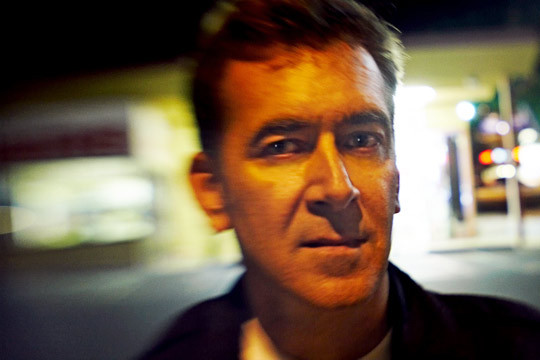 "Wow. Now he's gonna make it." I distinctly remember thinking this as I held Tommy Keene's Songs from the Film in my hands at Phantasmagoria record store, in Wheaton, Maryland. That Keene's 1986 debut for Geffen Records didn't send him to the commercial stratosphere somehow made sense. It kept him ours. I was stunned to hear about Keene's untimely passing, at age 59. He'd been out on the long road only recently, posting his evocative and funny posts and photos online. Now he's gone and with him, a certain sense of and feel for the past.

My grief means nothing next to the shock and mourning of Keene's family and friends, and the long list of grateful musicians who played and created music with him over decades. Yet I feel his loss sharply. If you came of age in the Maryland/DC area in the 1980s as I did, you knew Keene as a steady, generous, ultra-knowledgeable, wryly smiling presence, a musician as talented as his name was pop-epic. He was a local legend, from his days in the Razz onward, and it always felt as if he were a step ahead of the rest of the city's musicians, the anointed one, his eye on the horizon of conventional success. Today I'm fondly remembering the many shows my buddies or my girlfriend and I went to, a handful at the 9:30 Club, where his guitar glinted in the stage lights and cut against the wounded lyricism of his melodies and words. Once, at an afternoon show on the campus of George Washington University I made my way to the stage and between numbers asked if he'd play "And Your Bird Can Sing"—I'd heard that they'd played it in Philly or New York City or somewhere, and had been pairing it with Keene's "Call On Me" on my radio show at WMUC—and he looked at me with a genuine laugh of surprise and pleasure. I don't think they played it, but they could have. Keene's knowledge of rock and roll was deep and affectionate—his band covered Lou Reed's "Kill Your Sons," the Stones' "When the Whip Comes Down," and the Flamin' Groovies and Alex Chilton, among others—and he wrote some of the most indelible songs of the 1980s, his peak era.

He wasn't a refined singer, but an emotionally driven one, and his best songs were pop gems, melodic but muscular. Two songs, in particular, never fail to send me. The gorgeous, lightly ascending guitar riff in the opening of "Nothing Happened Yesterday," from his 1984 Places That Are Gone EP, is subverted by Keene's melancholy, descending vocal line in the first verse, a competition between happiness and sadness that marked so much of his best work and that soundtracked my and so many other's interior, messy emotional lives:

And the utterly galvanizing harmonies in the chorus of "In Our Lives," from Songs from the Film, pinned back my ears the first time I heard them, and I can say without exaggeration that they got me through many a twenty-something low point as I listened on headphones or while driving aimlessly around College Park or D.C., miserable and self-obsessed yet somehow on a healthy line out via Keene's reliable melodies, a tonic my best campus therapist couldn't offer:

He was so local. Some of Keene's songs bring to mind seeing local bands at Fort Reno Park in northwest D.C., and though I never saw Keene play there, his music lingers in my imagination when I think of those balmy, heady outdoor shows at dusk—he was the soundtrack to so many of my experiences in D.C., a kind of Musical Director. His bass player, the redoubtable Ted Nicely, local producer extraordinaire, worked at Yesterday and Today Records in Rockville and so I saw him all of the time, and always cocked an ear his direction if I thought he was muttering about life in the Tommy Keene Band. We were all pridefully pleased that the photos inside of Songs From the Film were taken at the Metro Center subway station; Keene and I both went to the University of Maryland. I'd drive past the street in Bethesda, near the Beltway, where I thought I'd heard he lived, or had grown up, and imagined him in the basement writing a song, looking great. His sartorial flair was a big influence on me, too: for many years I stole his golf jacket/black loafer/flat-collar plaid shirt look, and his lean Modness informs my own style, still.

We also left town around the same time, the late 1980s, me to southeast Ohio, he to Los Angeles, where he thrived, making records, making new friends, touring, playing or writing with Goo Goo Dolls, Gin Blossoms, Robert Pollard in the Keene Brothers, Paul Westerberg, Velvet Crush, and others. About a decade and a half ago, I played catch-up with his 1990s and 2000s releases, marveling at great songs like "Going Out Again" on Ten Years After and the well-chosen tunes on Excitement At Your Feet, the shimmering covers album he cut in 2013. My favorite post-D.C. Keene moment comes in his cover of the Beach Boys' "Our Car Club" from 1989's Based on Happy Times, a silly, and lesser, hot rod tune from Brian Wilson and Mike Love that Keene relishes making new again. There's a breakdown in the opening: the boyish guitar riff (played by guest Peter Buck) is so absurd that Keene busts out laughing as he attempts to sing the doubled vocal line. You can't hear it without seeing Keene's face, his eyes alight at the fun and joy to be discovered in even the smallest pop moment. It's a look I saw on stage many times.


Yesterday, Jim Colby posted at the Facebook group DC Scene: The 80's & 90's, nicely evoking the local, eternal sway of Keene. "I know that we have lost one of our own," Colby writes. "He was one of the stars that shined brightly in the local music scene and beyond. He was always one of the reigning court of those folks that would supply the soundtrack to my life and many others."


In the strange wonderful time called the 80’s there was an amazing music scene in DC. We could count on our weekends to be populated by folks like Tommy Keene, the Slickees, the Insect Surfers, Tru Fax, and more. It was our soundtrack. Kids from PG County and Montgomery stood shoulder to shoulder in the F street corridor where you might hang out at DC Space for an hour or so and then wander over to 9:30 with its sweat slicked walls. Or up to ‘China Block’ for late night Chinese food. Then back down New York Avenue blasting ‘HFS all the way. Or up to Little Tavern in Bethesda in hopes of seeing Root Boy or one of the local bands members in the the harsh fluorescent light. Tommy was was a critical part of this landscape and I thank him for it. He will be missed. 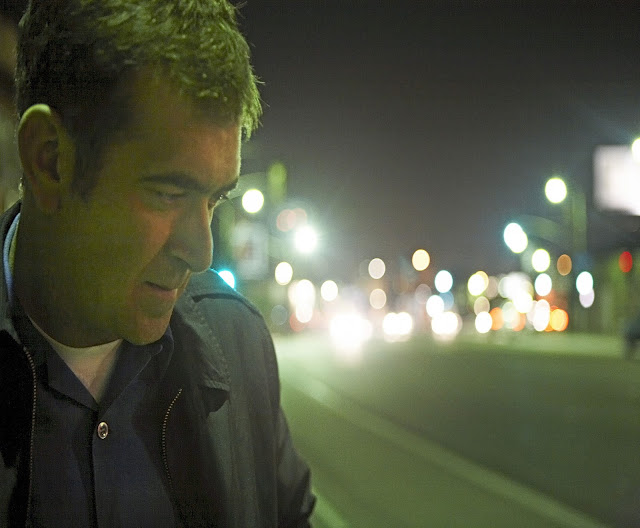 "Astronomy" is the song that I'll never get over. I always wanted it to be longer.

Incredibly sad.....one of my favorites as I have everything he's released. To me, his recorded output is consistently excellent enough for him to be up there with the greats of all time. I was fortunate enough to have seem him.....headlining once and opening for The Replacements another time. Thank you Tommy for your music and may you RIP.