The Playoffs are Here 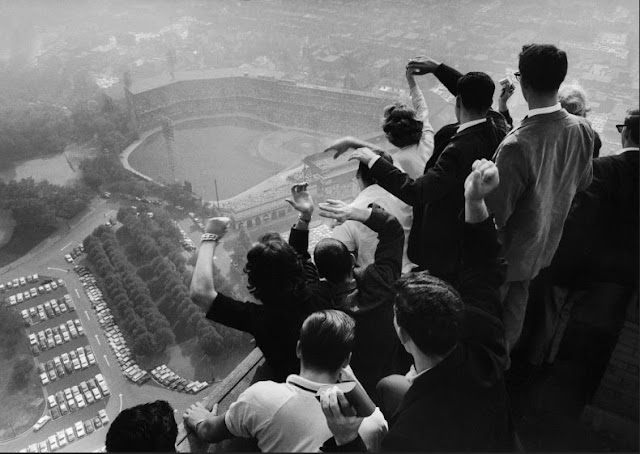 As are my fearless predictions. Making an educated case about the Wild Card games is akin to judging a four-course meal on one bite, but I'll go with momentum and, in the case of the Yanks, home-field advantage. Same with my picks for the Divisional and Championship Series.

I, again, have no horse in the race. I'd like to see the Nationals win it all for my Dad, brother, and longtime buddies back in Maryland. But the 'Stros and Dodgers feel right to me to play for it all. Not a controversial prediction, I know, and anything can, and will, happen. Here's to taut, well-played games and each Series going to a decoding game! Play October Ball!


Photo via Time: "University of Pittsburgh students cheer wildly from atop the Cathedral of Learning as they look down on Forbes Field, where the Pittsburgh Pirates are playing the Yankees in the 7th game of the 1960 World Series...". George Silk—Time & Life Pictures/Getty Images
Posted by Joe Bonomo at 6:02 PM