"LOL I Hate My Life" 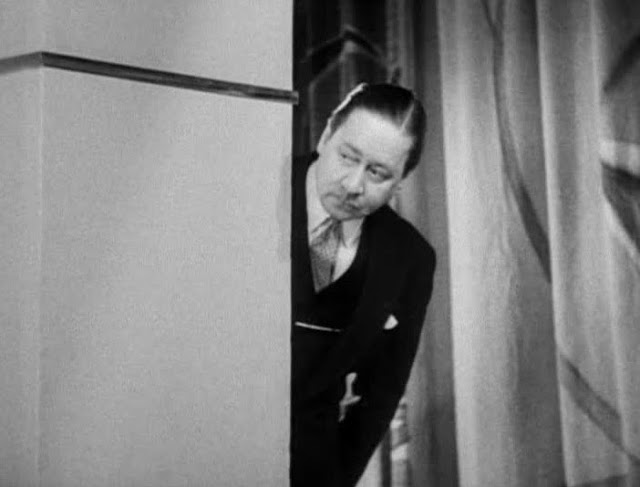 Had a fascinating conversation in my Writing Creative Nonfiction I workshop yesterday about Robert Benchley's essay "My Face," which appeared in his book After 1903 What? in 1938. Benchley writes Benchleyesquely about his struggles with the disconnect between his subjective impression of himself and how he actually looks, in surprising window reflections and in the odd photo. "Some mornings," he writes, "if I look in the mirror soon enough after getting out of bed, there is no resemblance to any character at all, either in or out of fiction, and I turn quickly to look behind me, convinced that a stranger has spent the night with me and is peering over my shoulders in a sinister fashion, merely to frighten me." Elsewhere, he admits that he "never can quite make it seem possible that this is really Poor Little Me, the Little Me I know so well and yet who frightens me so when face to face." His tone is self-mocking, wittily urbane in the mid-century New Yorker reserved-personal style. I routinely assign the essay so we can talk about the value and limitations of humor in the essay, and about the subjective nature of humor writing in general. When I asked the class if they found the essay humorous, they collectively blanched. On the contrary; they found it brutally sad and a cry for help. 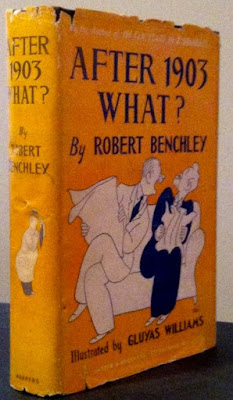 This is a first. Usually my students describe the essay as quaintly funny, in an old-fashioned way. They enjoy it, and find it relevant to their lives. Who doesn't struggle with self-image? Some students have described it as "David Sedaris-like" (although Sedaris seems to have less cachet for twenty-somethings now than he did a decade or so ago.) The revulsion of this semester's class to Benchley threw me, and I had to regroup. They liked the essay—quite a bit, in fact—but it made them very uncomfortable, and they felt that what other generations of readers might've found droll or whimsical in Benchley's tone, they find somber and self-destructive. "This is a cry for help!" one student protested. "I feel like I want to do something for him," another offered. The majority of the class felt that Benchley was a really sad guy, beset with body-image woes, suffering in a crass, surface-dwelling society. One woman said she wanted to slide her therapist's card to him on the sly; another was pleased to see a man writing about vanity and vulnerability, traits stereotypically associated with women. Their responses, as always, varied with their experiences: one woman said that she grew up in a home without many mirrors ("it was a thing") and so felt Benchey's feelings especially keenly; another wondered on the effects of their generation carrying thousands of images of themselves on phones, and of the daily anxiety of unasked-for taggings in unflattering photos. This, times a thousand.

My students weren't being humorless about this, or overly earnest. Most of their comments were offered with half-grins, yet their reactions were authentic; no English Major posturing here. It's fascinating to me how different generations read and react. My students admittedly couldn't imagine how a literate, pre-Second War audience would respond to the essay. One particularly bright student suggested that since her generation of twenty-somethings is so attuned to trigger warnings and danger signs of depression, it's apt that they would read "My Face" with a diagnostic eye, open to signs of toxic self-deprecation or mental illness that might be helped with counseling (or medication). Another bright student suggested "LOL I Hate My Life" as a subtitle to the essay. Another said the essay reminded her of Louis C.K. in its darkness and relentless self-scrutiny. Benchley, dark! Fascinating. My students keep teaching me, and I'm grateful for that.

My dad owned three of four Benchley books, and I have fond memories of sitting with my family in the living room after dinner, and my older brother reading Benchley aloud, and all of us falling over ourselves laughing. I guess that in another fifty or so years a group of college students might respond very differently again to "My Face," perhaps on the pendulum swing back to identifying with Benchley's laid-back, witty tone. Who knows. I wonder what Benchley would make of all of this.
Posted by Joe Bonomo at 10:31 AM

I started reading Benchley around age 15 and he is still important to me. I didn't realize other "serious" literary essayists took him seriously, although I did once ask Phillip Lopate -- after hearing him read an essay aloud, which revealed much about his comic timing -- whether he had some Benchley influence in his past, and he nodded and smiled wryly.

I amended this to add that I grew up reading him, too, and that my family sometimes read him aloud after dinner. I hear Benchley in Phillip for sure.