Anyone can do it 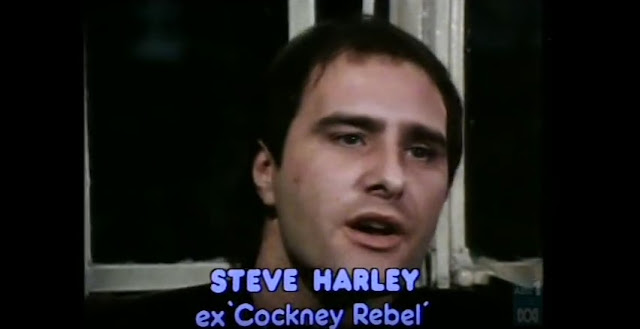 A handful of musicians, ranging from Paul McCartney, David Bowie, and Johnny Lydon to Leif Garret, Meat Loaf, and Kate Bush, hold forth on "Punk Rock" in a documentary episode of Countdown that aired in December of 1979. Good, of-the-era stuff, equal parts earnest and reactive, inspired and defensive.

I like what Steve Harley, late of the glam band Cockney Rebel, has to say. Squarely facing a trend and movement, he reacts honestly and reminds us what it was all about: