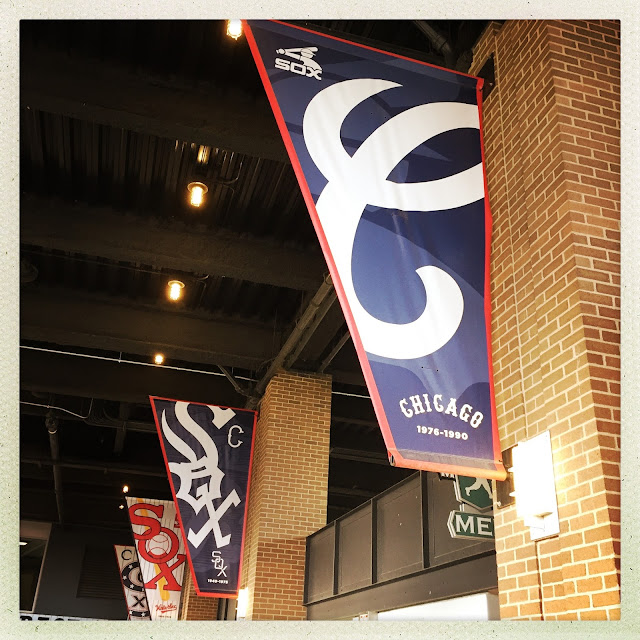 I couldn't attend the White Sox's final home game last night. They close out the year in Cleveland, assured of losses numbering in the 90s. That's OK; this was a rebuilding season, and the foundation for the structure assembled over the next couple of years feels surprisingly sturdy at this point. Highlights of the season: Jose Abreu continued his steady, workman-like march toward the category of elite sluggers; Avisail Garcia had a career year; Tim Anderson got better and more consistent; Matt Davidson caught more good luck than bad; a couple pitching prospects stepped up.

Being at Guaranteed Rate Field for Abreu's unlikely Cycle on a few weeks back was a personal highlight for me; the amped-up excitement at the park is something I'll carry with me as a low murmur over the off season. Speaking of the off season, there really isn't one anymore, and I don't know how I feel about that. The long wait between the end of the World Series and the start of Spring Training has, like so many delays in contemporary culture, been eradicated, or replaced 24/7 with loud data. Great for baseball writers, researchers, and obsessives, but I'm not so sure that even devoted fans need this much baseball—videos; blog reports; off-season feel-good stories; "Hot Stove" talk, and the rest—between November and February. I'll eat it up over the cold, dark days, but not without some wistful looks back at the off season years when I was a kid, when Eastern Seaboard snow and endless gray figuratively smothered anything baseball-related until the Spring thaw, when, deep in the Sports section of the Washington Post grainy, black-and-white photos began popping up of ball players in white unis and bright sun.

Anyway, the playoffs start next week and I am psyched. Predictions coming once the Wild Card game participants are settled. The White Sox open next season against the Royals on March 29 at Kauffman Stadium. See you here.
Posted by Joe Bonomo at 8:37 AM