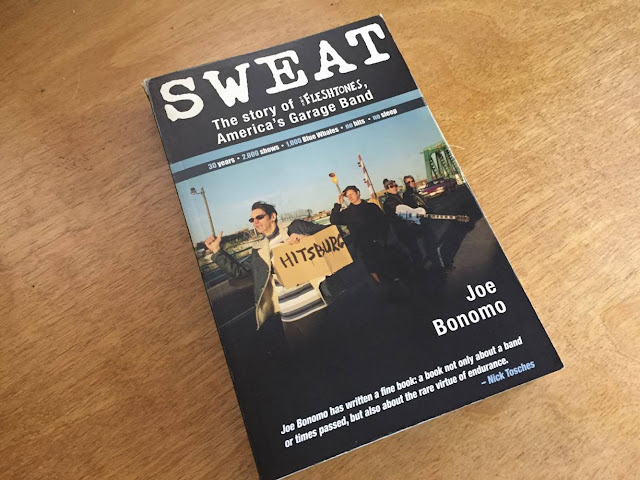 I can't believe that it's been ten years since Sweat: The Story of the Fleshtones, America's Garage Band was published. The writing process felt twice that long, longer still the time spent hoping against hope that I might publish the thing. I heard from more than one agent and editor along the way who told me either No Way, or, more charitably, I love those guys, but who's gonna buy a book about them? I'm forever grateful to David Barker, my editor at Continuum Books, for taking a chance. Barker understood the story I wanted to tell: how a rock and roll band that wants to keep playing after their shot at stardom has passed is forced to redefine what "success" means and, against great odds, continues to plug in to what drew them to rock and roll in the first place. The tag line on the book's cover, "30 years, 2,000 shows, 1,000 Blue Whales, no hits, no sleep," might as well have read, "How to live a life successfully." In addition to deepening my friendship with the guys in the Fleshtones and with ex-members, I made a ton of friends while living and working in New York City researching and writing the book, and many more since online around the globe, and I'm grateful for that, too. Above all, thanks and love to Amy, who decided at one point to intercept agents and editors' rejection letters and hide them from me so that I would keep going.

Though I rub my eyes that a decade has passed, the Fleshtones have barely missed a step: since the book came out they've released five albums, nine singles, an EP, three compilations, and toured North America, Europe, Mexico, and China. 2016 saw the band celebrate their 40th anniversary testifying to SUPER ROCK around the globe.

Of the many very cool things that have happened since the book was published, I'd have to list being name- and title-checked in the band's song "It Is As It Was" from Wheel of Talent a few years back as the supremely coolest. I'll let the guys have the last word. See ya at a show.


C’mon, we’re gonna start at the beginning
Page one, Bonomo says: “It’s gonna get good, now, it’s gonna get better”
Read on, this is the story of The Fleshtones
Chapter One, how it started: it is was it is and it is what happened

Dig it, we didn’t make a whole lot of money
But we did what we wanted to
If you read Sweat you can find out too!

Tonight the band is ready for some action
Hold tight, you’re here to have fun
Like the Pope in Rome says, “It is as it was, now” 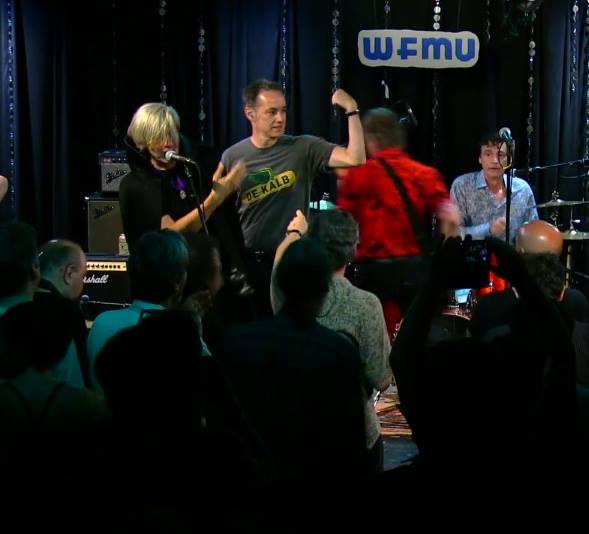