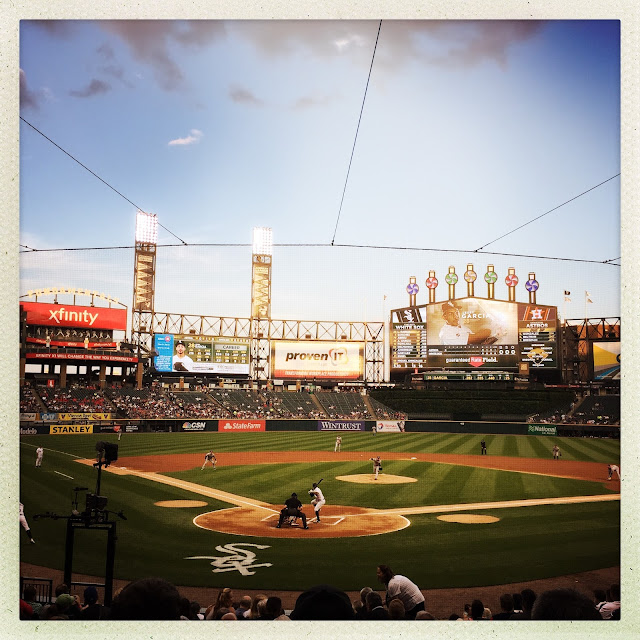 Thanks to my DeKalb buddy Kevin Goldstein, a scout for the Houston Astros, we enjoyed sweet seats for the White Sox/Astros game last night at Guaranteed Rate Field. Bad news for Kevin: the Sox commandingly beat the AL-best 'Stros, winning the three-game series. Miguel Gonzales held the Astros to five hits over eight innings, his only miscue surrendering a homer to Derek Fisher in the eighth. For the Sox, Nick Delmonico had three hits and Tim Anderson—who could use a confidence boost—drove in three. The weather was beautiful, the park in a fine mood, the company terrific. A great night.

During the third inning, a friendly Dad-type sat down next to us and asked Kevin what had transpired during a comic infield opera when three Astros infielders let Adam Engel's high pop land among them on the dirt. (Engel was alertly running the whole time, but blew the gift by trying to stretch to third, where he was thrown out: the 2017 Sox season writ small.) Moments later, Kevin introduced me to the man, his boss, Jeff Luhnow, the Astros general manager. It was quite cool to sit with a scout and a GM at a game, imagining seeing what they're seeing, and when Luhnow departed I wished him luck with the rest of his season. (When Amy and I stood to buy some beers, Luhnow had made sure that we were aware that it was Dollar Hotdog Night at Guaranteed Rate—generously promoting the other team's promotion! A class act.) Despite his team's current slump, Luhnow needn't be worried, and he didn't look particular anxious as he watched his team lose: the 'Stros will play in October. As for the Sox, last night was another glimpse into the hoped-for bright future. 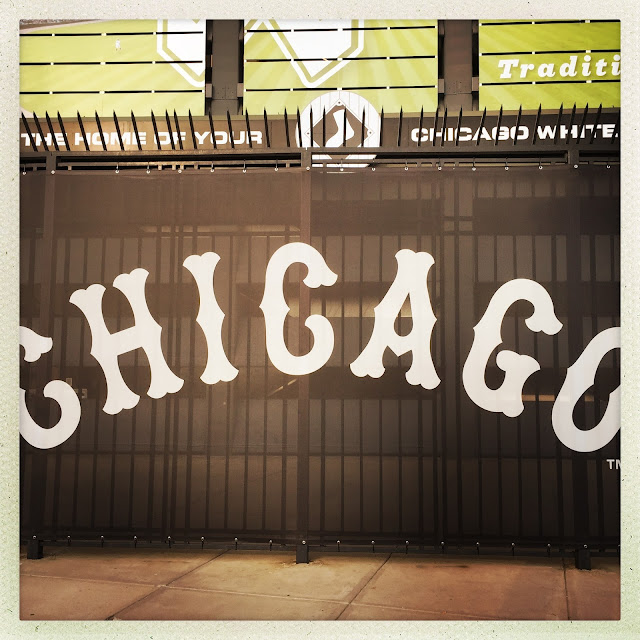 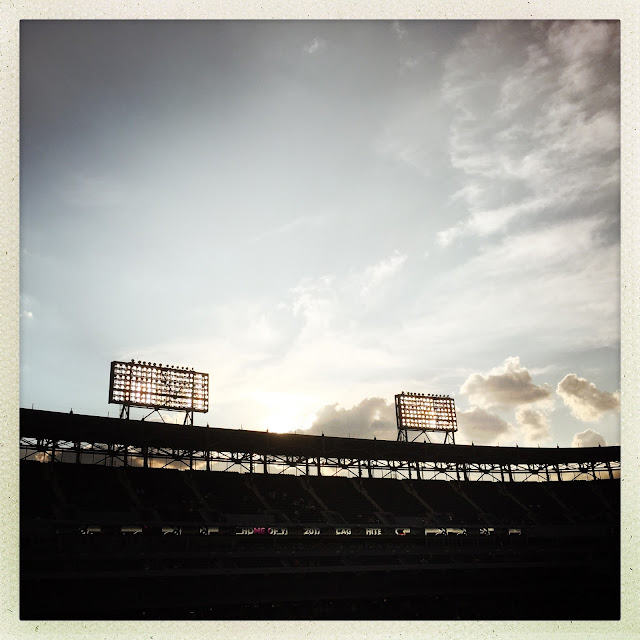