Having Fun with Detroit Cobras On Stage


DOWN AT THE ROCK & ROLL CLUB—The Detroit Cobras delivered the goods at Brauer House's front room in suburban Lombard last night, their patented sloppy, tipsy strut through obscure, bad ass rock and roll songs well received by the sizable crowd. It's well known that you roll the dice when you see the Cobras: lead singer Rachel Nagy, she of the superbly emotive and impossibly timeless voice, staggered onto the stage a couple times before when I'd seen the band. Last night she was all there: confident if a bit self-conscious in the opening numbers, forgetting some of the words to "Out of the World" ("because I'm old!" she grinned at the crowd), pausing at one point to indulge herself with a face-bury into the ample cleavage of a besotted fan at the front of the stage, and ordering a "fire brigade" to bring her a Grey Goose and soda near the end of the set. She was fully committed to each bracing song, from the rocking to the "slow skate" ballads, from the silly stuff to the momentous, and her voice.... Well, what can I say about Nagy's voice that hasn't already been said? Whether she's husky close to the mic or rearing back her head and belting from the back of her throat, she owns the songs she sings, renewing each of them out of their obscure past, and the decades-old songs feel as relevant as the contemporary rock and roll over played the PA before the set. Nagy's the real thing. I hope she never puts down the mic.

The rest of the band were loose, in good humor throughout the night, clearly enjoying themselves. (A bucket of iced-down Miller High Life's always helps.) Longtime Cobra Mary Ramirez, grinning and peacocking, plays a muscular rhythm guitar that churns below the songs' surfaces, the engine parts that move them, and swapped occasional aggressive leads with the second guitarist. During Irma Thomas's "Cry On," a heartbreaking ballad, Ramirez looked lost in the sentiment of her expressive playing. (Note: I have no idea who the other guitarists and drummer are; the Cobras' rhythm section is notoriously fluid, and the website, which didn't even list this current Chicago jaunt, didn't provide much information. The lead guitarist looked a bit like Emit Rhodes, if that helps.) Though clearly having fun, Ramirez at times gives the impression of being a slightly older, resentfully responsible kid straitening ties and cleaning the smudged faces of her mates before the trip down to the Principal's office. "Uh guys, this ain't the van, OK?" she addressed her giggling band. "We're in front of a crowd of people now."

My favorite exchange occurred between Nagy and Ramirez after a bit of onstage lovey-dovey during one song:


Nagy: (pointing to Ramirez) That woman is the true love of my life.
Ramirez: (smiling back at Nagy) My best friend is a little salty.
Nagy: It's called sweat, you dipshit!
Ramirez: I've got to keep my sodium intake down!
Nagy: Sorry I don't smell like peppermint and roses!
Bass player: You mean, "Incense and Peppermints."
Nagy: No I don't. 'Cause I'm not a hippie.

Near the end of the set as Nagy danced onstage, she blanched at the lead guitarist's extended vamping. "Hey, I thought we had a no jamming rule!" Lead guitarist: "Well, I thought I saw some ass." And so on. It's hard to know how much of this is shtick, but it's a blast to see a band having so much fun. Things veered into strange territory at times. Nagy made more than one reference to Chicago's violent reputation, which didn't seem to go over well, and on one occasion between songs began lecturing about the fact that dolphins rape other dolphins. As the bass player stepped to the mic to concur, Ramirez swiftly interrupted: "No rapy dolphins, please!" And the band kicked in to the next tune. There were several good-natured roofie jokes. All in a night's work.

Songs were spread over the band's several albums, and a new number, the terrific "Feel Good," rocked the joint. The Cobras play only old R&B and soul covers, with the infamous exception of the original "Hot Dog (Watch Me Eat)" from 2004's Baby ("'Hot dog' means 'slut' in Detroit," Nagy helpfully explained), and they play the eternal chord changes and song structures so lovingly and with such loose pleasure that they give the impression of inviting the crowd to crash on the floor with them as they rifle through their great album and 45s collection. "We are a cover band," Nagy said to Roger Holland at PopMatters. "We definitely do covers for a reason, and it’s not so we can start off here with covers and then grow up into our own sound and material. It’s that this is what we love to do, this is what we want to do. These are the songs and the music we love and that we want to play.... We’re not thinking that we’re improving on it or anything else, we’re just saying that you can’t go see these people any more, but hey! We’re a cheap imitation ... well, not so much an imitation ... we’re a cheap thrill ... but at least you get a little bit of the thrill as opposed to not getting to hear this stuff at all."

Highlights last night included the sexy "Weak Spot," "Bad Girl," a deliriously fun "Leave My Kitten Alone," and the perennial raise-the-roof "Hey Sailor." The Detroit Cobras play loud, beery, fun rock and roll, and last night their enthusiasm, energy, and good will matched their catalogue. The phrase "I Know Where You're Coming From" is emblazoned on the band's drum set. I know exactly where the Cobras come from, too, but last night they show that old rock and roll songs can sound like they were written yesterday, in the van. 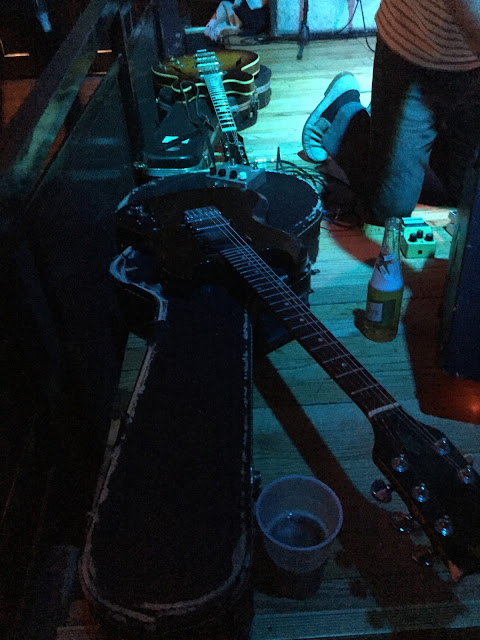 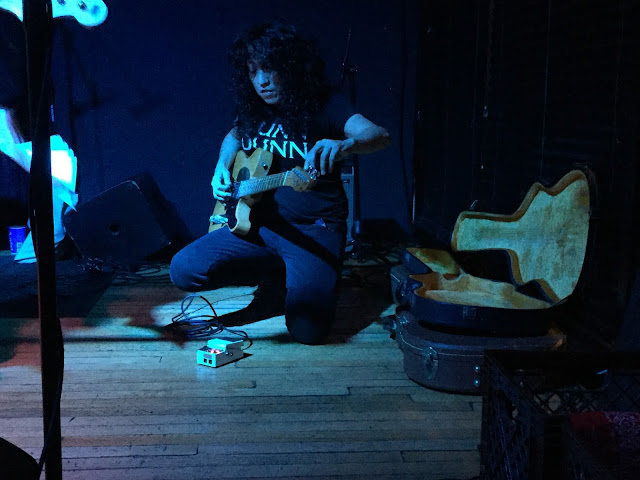 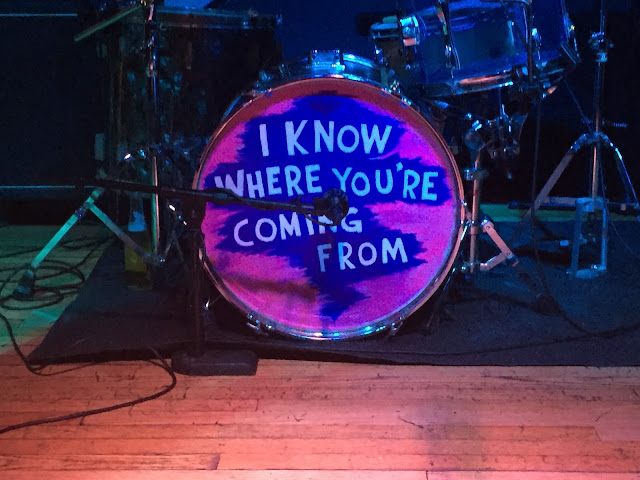 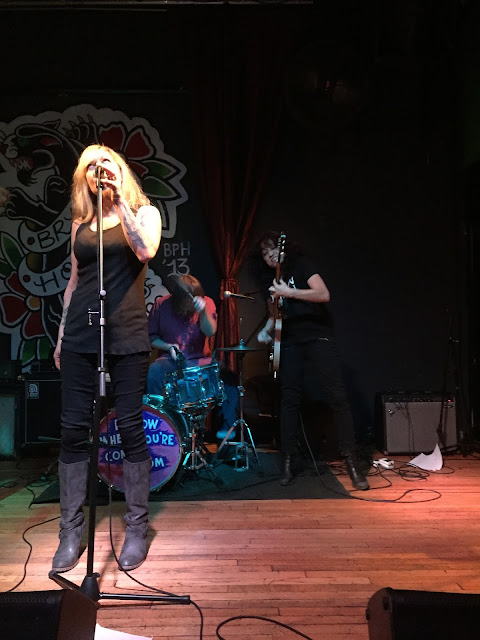 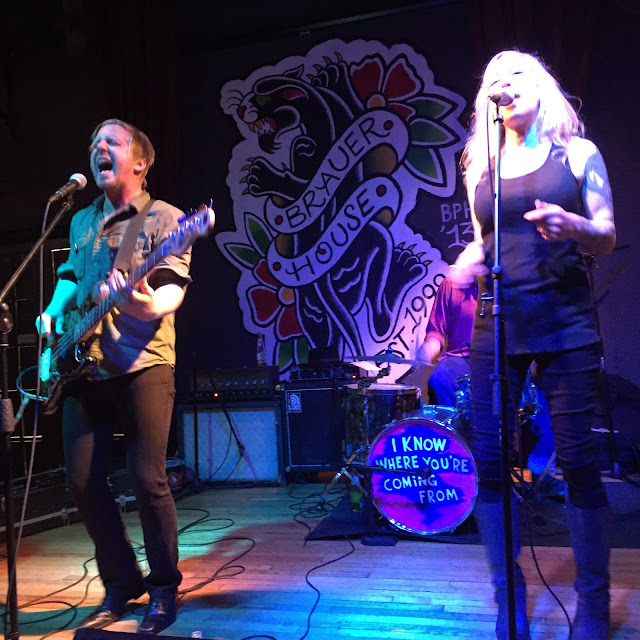 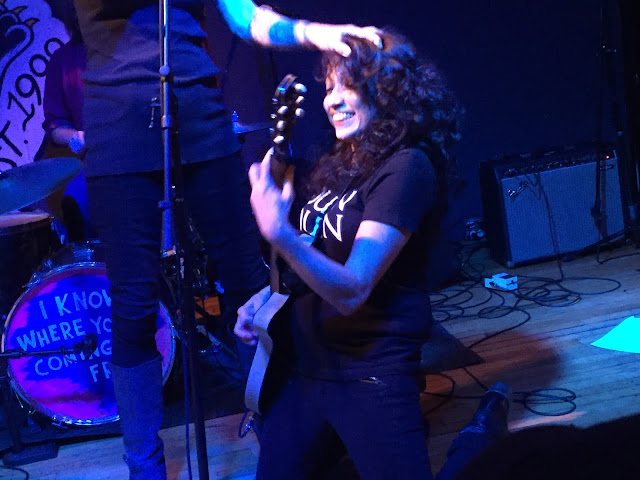 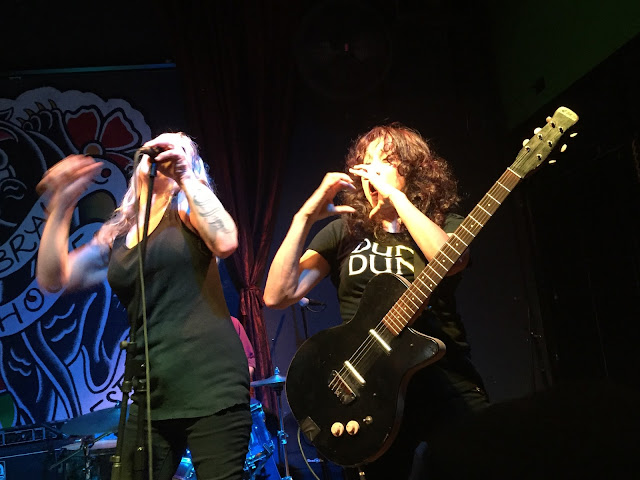 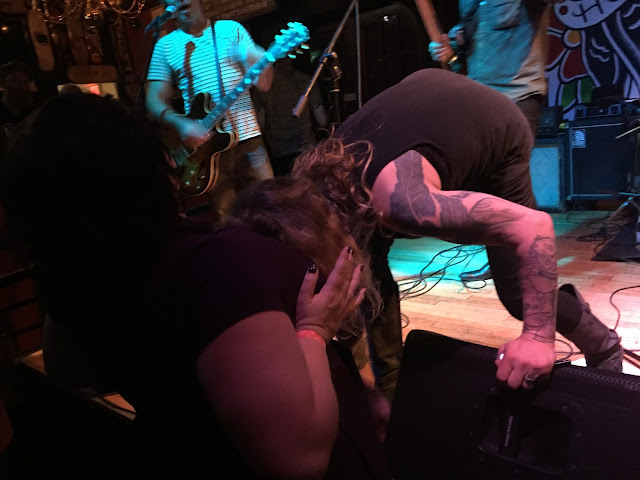 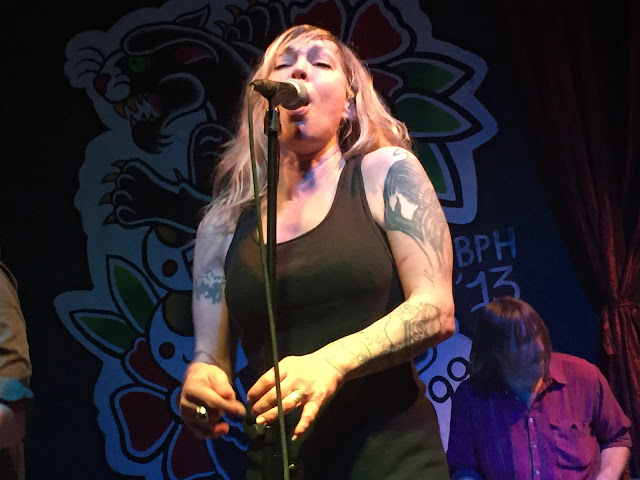 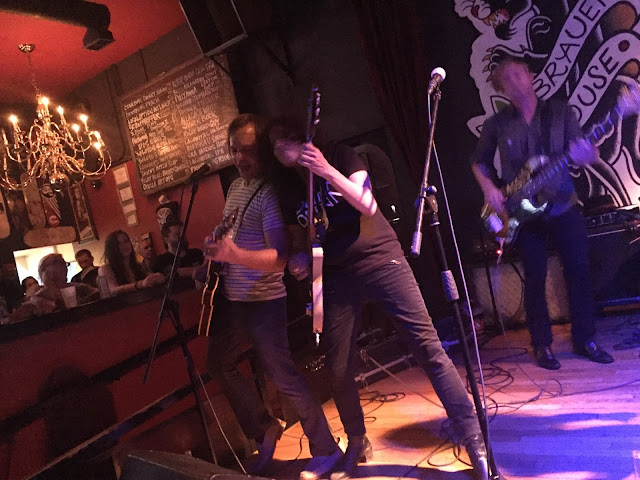 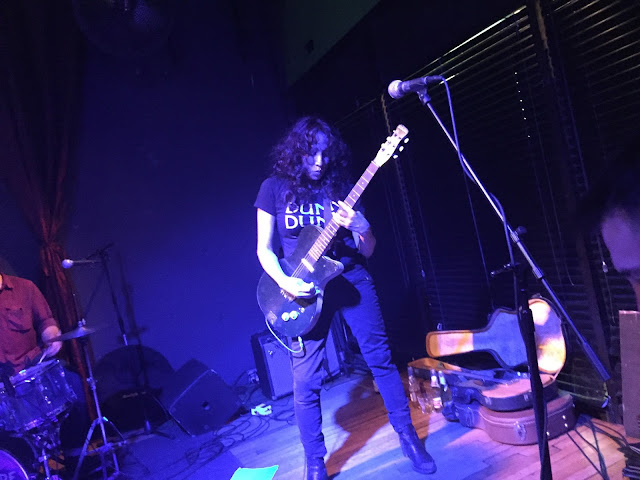