Dog Days at the Park 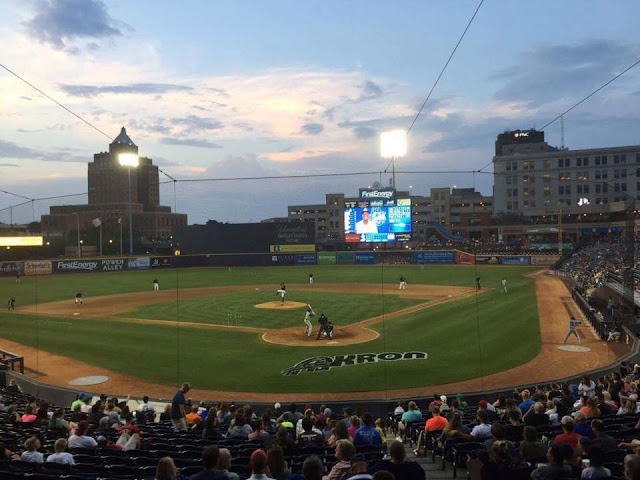 I enjoyed a beautiful night of AA baseball at Canal Park in Akron, Ohio last week. How could I not pull for a team called the Yard Goats!—who, it turned out, handed it to the home team Rubber Ducks that night. Canal Park, built in the mid 1990s, is a beaut, right downtown, tucked into a hill, with plenty of cheap-o parking a block away; the Ohio and Erie Canal runs behind the left-field wall. 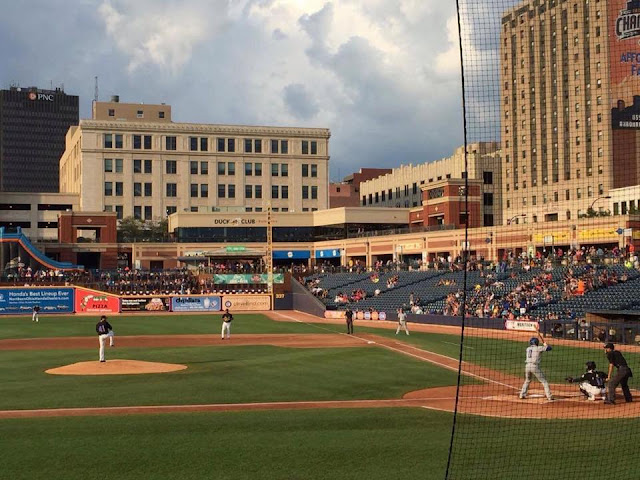 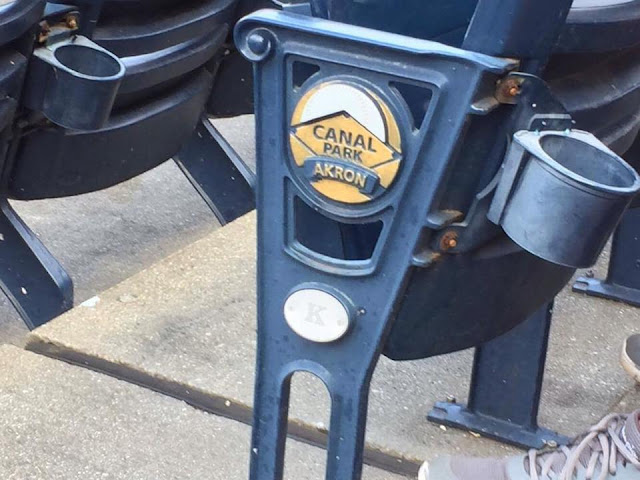 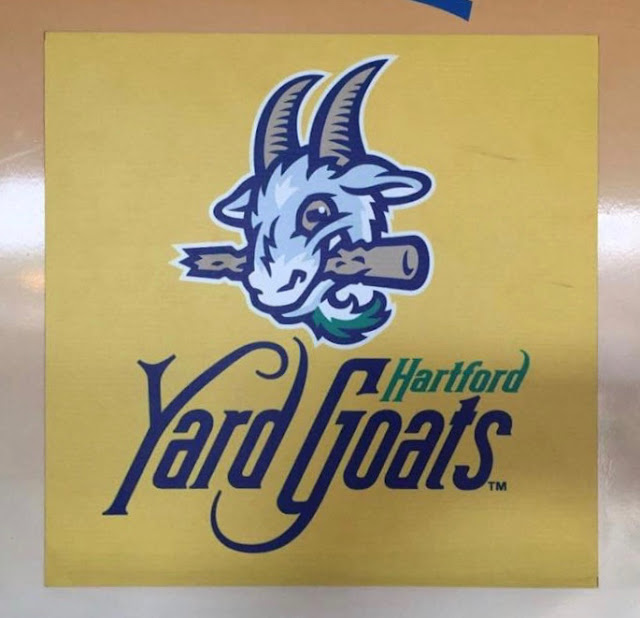 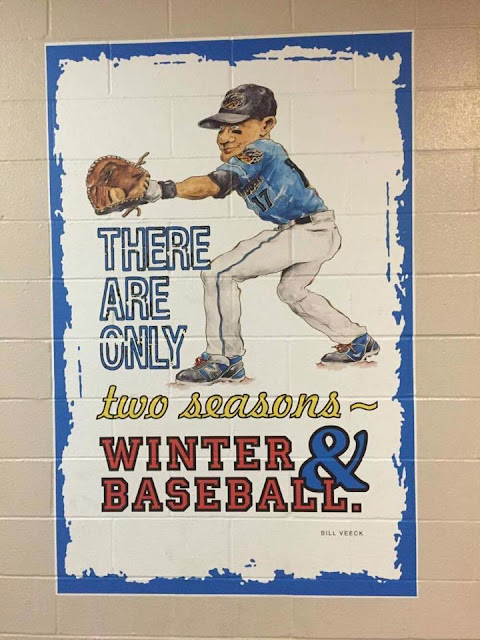 It was Dog Day at the park, which was a blast, with pups yipping and yapping all over the concourse, and catching frisbees in the outfield. 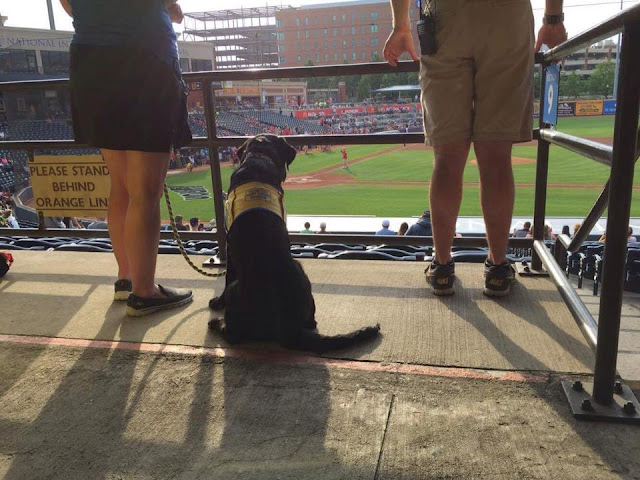 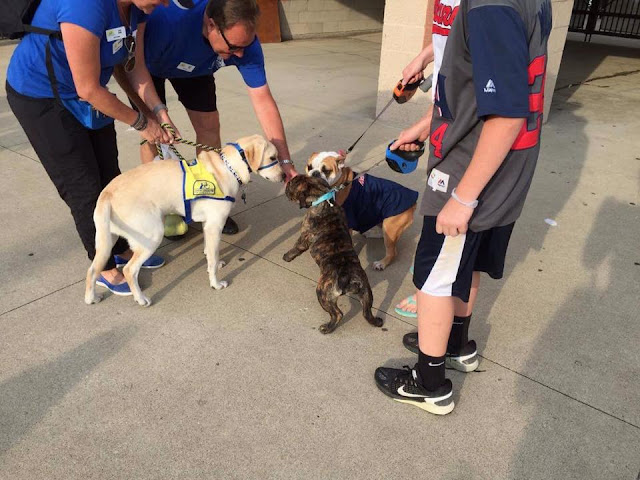 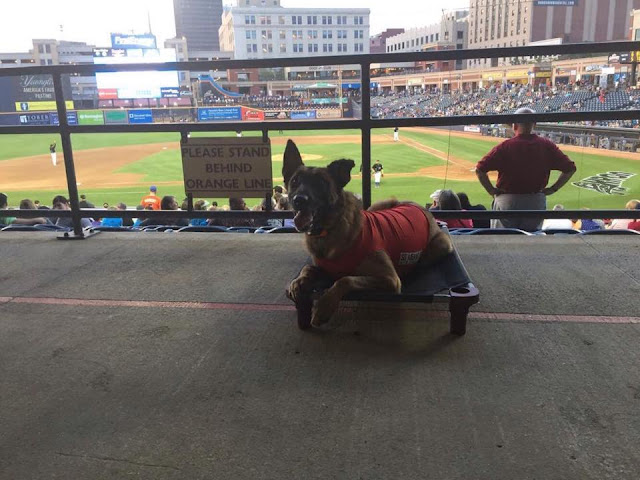 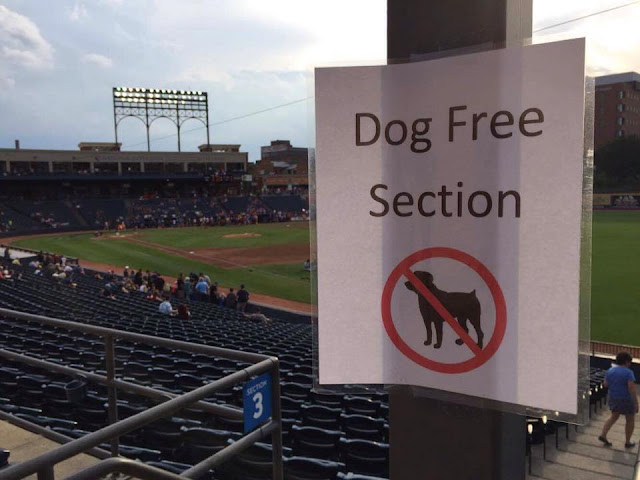 But the coolest thing: I'd noticed an inordinate number of #22 Indians jerseys that night. It turns out that Cleveland Indians' second baseman and two-time All Star Jason Kipnis was rehabbing his sore right hammy, and he obliged the crowd with a homer. I must report: to anyone who worries about baseball not sticking with kids these days, just head out to a Minor League game sometime. This adorable twig of a kid in a Kipnis jersey ran down to the netting behind home plate every time Kipnis headed to the plate, and the little fist bump through the net that Kipnis gave to the kid in the on-deck circle, just before he hit the homer, made my night, and the kid's year. Later, Kipnis tossed his batting gloves to a lucky 13-year old in the second row as Kipnis left the field, and the game. I can't really describe the look of "Wow!" joy on the kid's face, and on the faces of every kid in his section. Great stuff, great night. 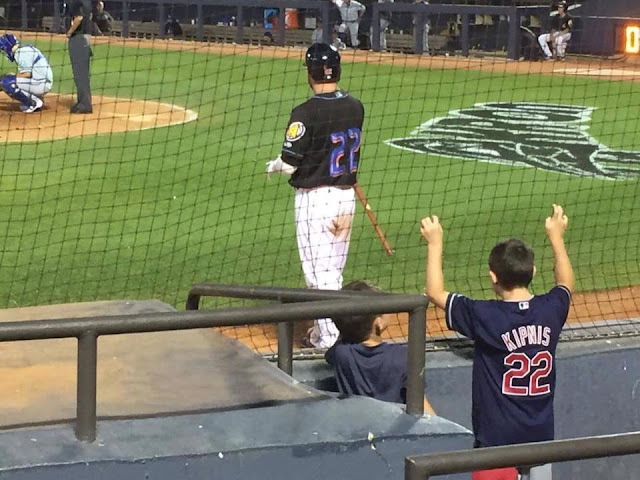 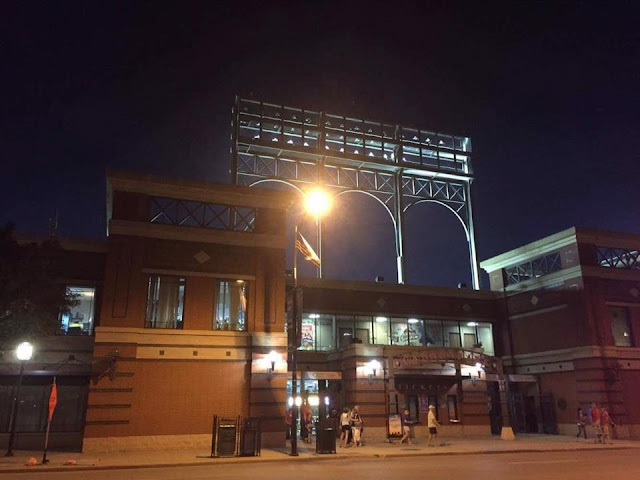