"A stupid song, a brilliant song" 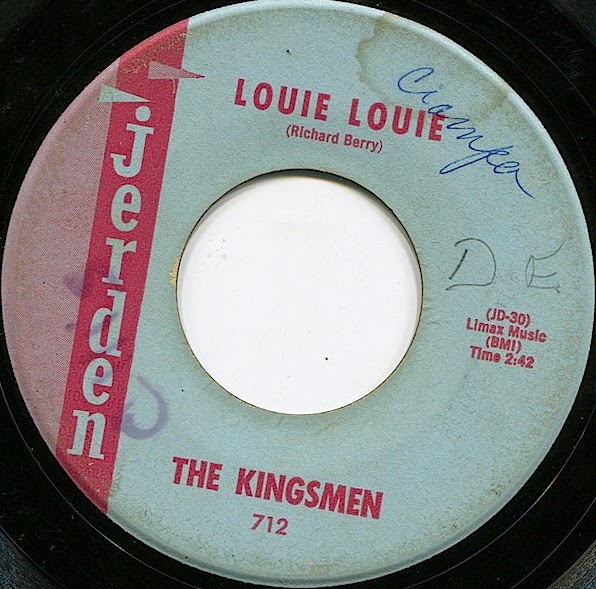 I pulled out Dave Marsh's book about "Louie Louie" for the first time in a while. I still dig this graph that comes early on:


It is the best of songs, it is the worst of songs. A rock’n’roll song, a calypso song, a sea chanty, a ﬁlthy, dirty, obscene song, the story of rock’n’roll in a nutshell, the most ridiculous piece of junk in the history of damnation. A stupid song, a brilliant song, an R&B oldie, a punk rock classic, a wine cooler commercial, an urban legend, a sacred text, a song with roots, a glimpse of the future, the song that deﬁnes our purpose, the very voice of barbarism. A song that casts a spell, a song that ought to have been forgotten and many times has been—and for all that, a song that roots into the brain until there’s no erasing it. Barely a song at all—three chords and a cloud of dust; the song that really does remain the same—no matter the reinterpretations it suffers. An old story, an untold story. 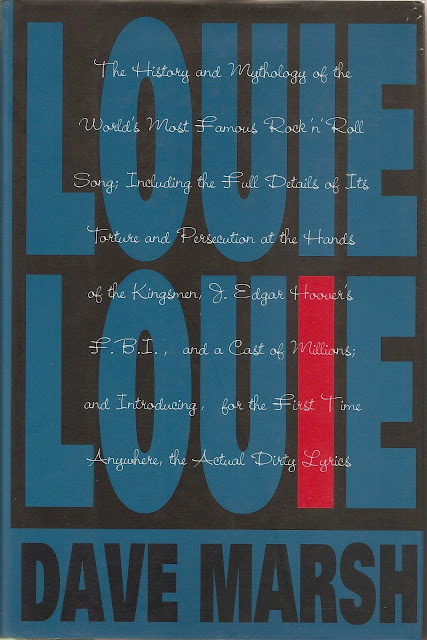 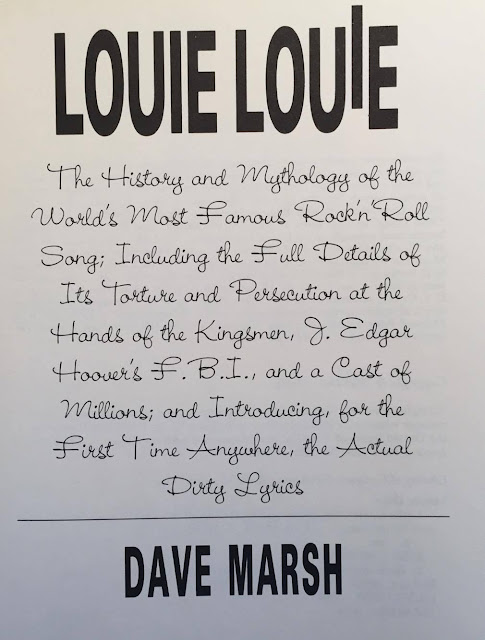 IF i EVER start my own country the kingmen's rendition of louie, louie will be that nation's national anthem.