Pipes, Wires, Girders, and all Midway through his absorbing and moving book The Final Season: Fathers, Sons, and One Last Season in a Classic American Ballpark, writer Tom Stanton—who is taking in every home game during the Detroit Tigers' 1999 season, their last in Tiger Stadium—meets up with Carolyn  Krause, a visiting Bostonian. In her hometown, she helps run Save Fenway Park!, an organization that will ultimately help stave off the movement to demolish the storied Boston ballpark. She's taking in a game at Tiger Stadium to say a last goodbye, and she chats with Stanton. Their conversation rankles Stanton. Krause seems more enamored of Fenway and Wrigley Field in Chicago than of old, crumbling Tiger Stadium. Her apparent coolness toward Stanton's beloved park, where he grew up and where he takes his sons, in the age-old generational passing of the torch, gives rise in Stanton to old, unwelcome feelings. In addressing them internally, he essays the appeal and beauty of old ballparks, nostalgia, and the sometimes absurd attachment to place. He writes, "Deep inside, beyond the childhood insecurities that occasionally spring from my depths and cause me to get defensive, I know [Krause] must say this to give herself hope. I know she must believe it will be  different for her park. Still, her words feel disrespectful, as if she’s attacking the value of me memories and those of my father, my grandfather,  and my son, as if she's she’s saying, Well, it’s unfortunate that your grandmother died, but mine’s more special anyway and maybe we can save her."


Her words bother me because in part they are accurate. There is a perception that Fenway and Wrigley are more special than Tiger Stadium. I have struggled to understand it. Is it because those parks are in better neighborhoods? Or because their fans are more educated or affluent, more worldly? Or because they’re based in Boston and Chicago, cities with grand literary traditions and writers who celebrate them? Or is it just because neither team has won a world championship since Hollywood began making talking movies and some ﬁnd that romantic?

Our ballpark feels like Detroit. It carries no airs. It’s blue-collar and industrial. When you enter through the gates, you come in beneath corrugated doors that have been rolled up on tracks, like at a warehouse delivery dock. You’re greeted by cement and steel, strong, riveted girders that thrust upward and serve a purpose, holding the deck above in place. There are no architectural ﬂourishes: no cornices, no fancy tile Work, no aesthetic touches. This stadium shows its secrets—pipes, wires, girders, and all. It’s plain and simple, no scent of pretentiousness. It doesn’t yearn to be something it is not.

Krause may sense my irritation because her Words take on a conciliatory tone.

“I feel like I couldn’t help Tiger Stadium,” she says. “But if Fenway can be preserved, at least part of that era can go on.”

Three years ago, I visited the site of old Tiger Stadium, a park I regrettably never attended. To be nostalgic means to have a deep desire for a homecoming, of sorts—difficult to do when that place is gone for good. Reading Stanton's words somehow brought me back home to a place I'd never been. 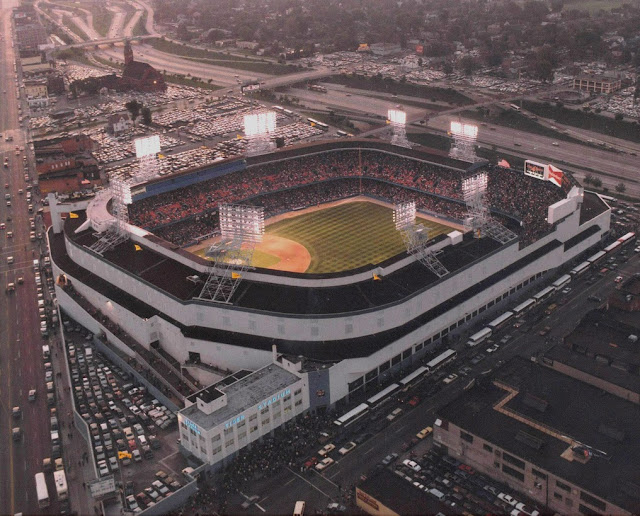 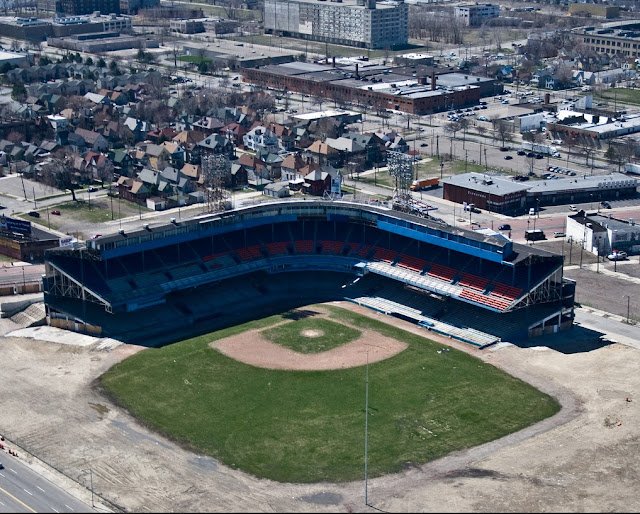 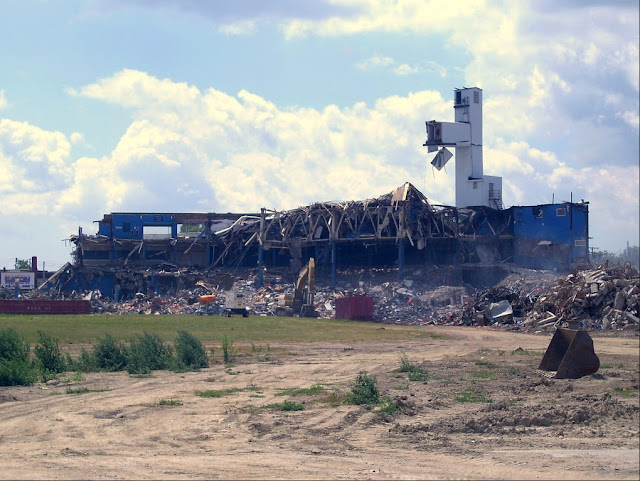 Past and present history of Tiger Stadium and the site at Michigan and Trumbull Avenues here.


Top image of Tiger Stadium via Ballparks Of Baseball; middle image via flickr; bottom image via Pinterest.
Posted by Joe Bonomo at 12:34 PM