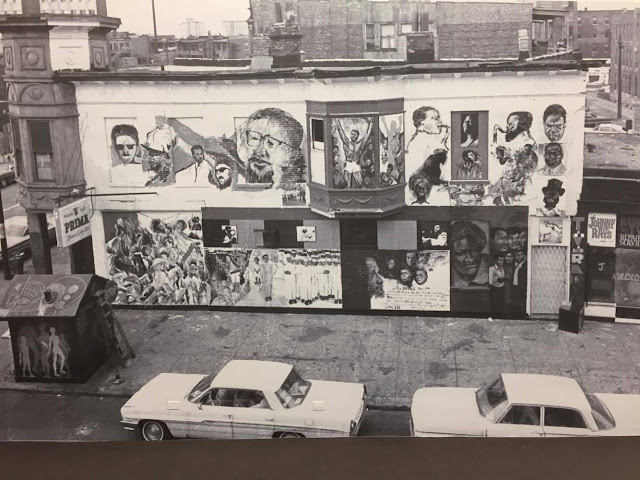 I can't recommend highly enough the "Wall of Respect" exhibit at Chicago Cultural Center, guest curated by Romi Crawford, Abdul Alkalimat, and Rebecca Zorach. The exhibition chronicles how "the Organization of Black American Culture's Visual Artists Workshop designed and produced a seminal mural for and within Chicago’s Black South Side communities."


Featuring the images of leading black icons ranging from Sarah Vaughan and John Coltrane to Marcus Garvey and Ossie Davis, The Wall of Respect received national critical acclaim when it was unveiled in 1967 on the side of a building at 43rd St. and Langley Ave on the heels of the March on Washington, the assassination of Malcolm X and the emergence of Black Power. The Wall was ultimately painted over and virtually forgotten after damage by a fire in 1971, but its legacy has reemerged today as one of the most significant projects in Chicago’s storied public art history.

Here and above are some images from the exhibit, which I found fascinating, inspiring, and enlightening.  More on the project here and here. A book about the wall is forthcoming in September from Northwestern University Press. See the exhibit if you can. 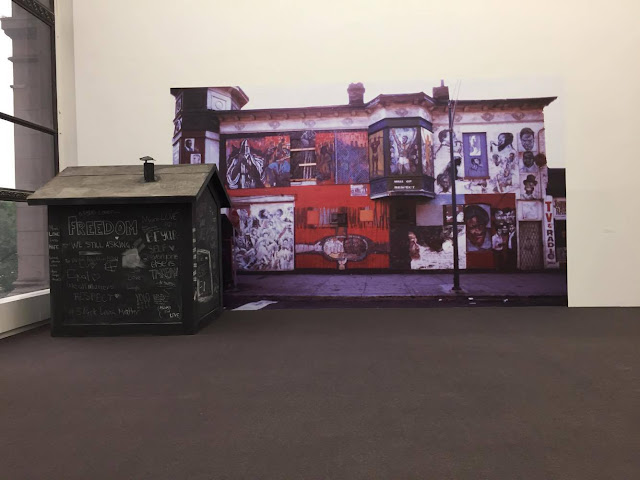 Agreed. This exhibit is really powerful and moving. I learned about the Wall of Respect originally from a haunting Buddy Guy music video of "The first time I met the blues" (find it on youtube). The part of the exhibit I liked best were the idea lists for people who would go up on the Wall (many original suggestions did not make it onto the final mural). Seeing the process and reasons behind each person who would be painted was fascinating.