Reading Charlie LeDuff's terrific Work and Other Sins, a gathering of columns he wrote for the New York Times in the 1990s and early 2000s, I was struck by the many levels of nostalgia at work in urban gentrification. "The Lights Are Bright, the Hours Always Happy," one of LeDuff's "Bending Elbows" pieces, is about the old Howard Johnson's bar and restaurant in Times Square; the piece appeared in the April 28, 2001 issue of the Times, and HoJo's was gone by 2005. Bittersweetly, in the piece the manager Joseph claims that are no plans to sell, despite offers.


"We went through a lot of hard times here,'' he said. ''I would stare out the window and watch muggers slit open the back of people's pants and steal their wallets, or sometimes they would spray ketchup on a tourist's back, and while they were apologizing and wiping it off, they would pick the poor guy's pocket.''

Joseph explained that the place is now making money, but even so, it has not been remodeled since the 60's, because the clientele favor the nostalgic look of the cheap paneling, brass chandeliers and orange banquettes.

Now, we—well, some of us—are nostalgic for a place that was itself a site of nostalgia for a different, equally long-gone time.

LeDuff writes out of the Joseph Mitchell/John McNulty tradition of dry, detail-rich, objective observational journalism, and, like those two scribes, LeDuff is attracted to bars, restaurants, and other establishments where marginal city figures dwell. In his introduction to Work and Other Sins, LeDuff comments on the subjects that interest him:


The dandies I know say I write about dives and losers, but they are wrong. I write about the people who live in neighborhoods, crowded apartments and dreary ranch houses. These are the people who shovel their own snow and have fat aunties who wear stretch pants with stains on the ass. This is not a book about the people who have doormen but a book about doormen. It is about the laborer, the dreamer, the hustler, the immigrant—whether he is a writer from Michigan or a waiter from Michoacán. I suppose in all of this I’m trying to ﬁnd myself and justify him, to you.

"The Lights Are Bright, the Hours Always Happy" ends with a brief, devastating profile of a couple at Howard Johnson's, the kinds of people LeDuff justifies, though this pair makes it difficult:


There was an obese couple who sat by the bar. He ordered a shell steak and baked potato smothered in gravy, Texas chili to start, a strawberry shortcake to finish and a light beer.

She did, and when the platters arrived, he speared one of her fries and ordered another beer. 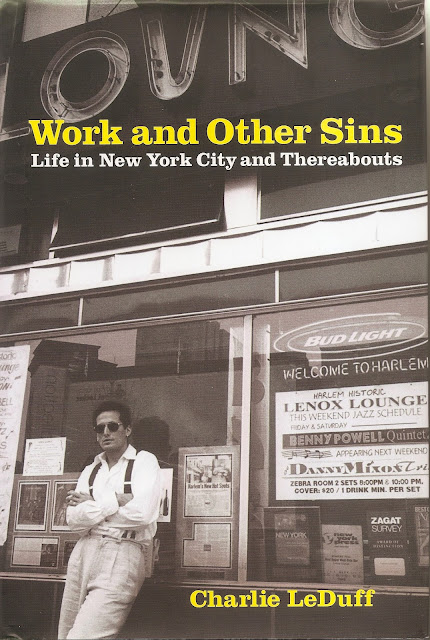 Photo of Howard Johnson's via The Smoking Nun.
Posted by Joe Bonomo at 6:26 PM