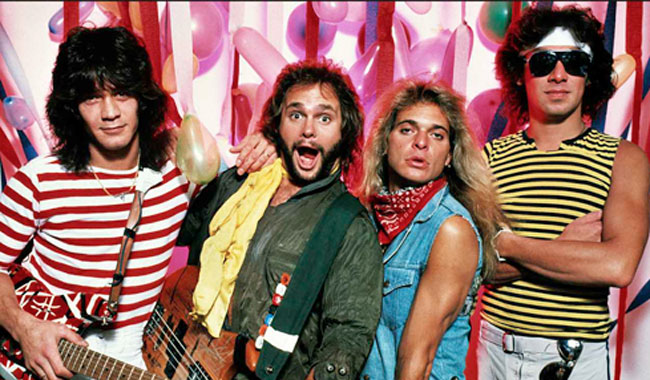 There are times when I wish that the members of Van Halen had looked at each other in Sunset Sound studio after the final mix of "Everybody Wants Some!!", nodded knowingly, and then broken up on the spot. We can't top this.

But then we wouldn't have gotten this gem, which surprised me on Shuffle Play at the gym today. When a grinning David Lee Roth barks back at the studio engineer, "One break, coming up!" and Eddie Van Halen leads the band back into that transcendent, killer riff, I think of the staged corniness of it all that somehow works, of Eddie's shaggy 80s hair bopping onstage, of his brightly-colored jumpsuit, of Michael Anthony guffawing and flying around the stage, of Alex Van Halen earnestly pumping behind his over-the-top kit, hi-hat permanently open, crash cymbals cashing—and I firmly believe that in the late-1970s and early 1980s, Van Halen was the World's Greatest Rock and Roll Band. (Their early Kinks worshiping didn't hurt!) Even well into their arena domination on Fair Warning, they weren't taking themselves too seriously, and they understood the power in rock and roll of a great riff, hooks, spectacle, humor, and grins .

We still had "Panama" and "Hot for Teacher" to come, but I never liked "Jump," and soon after came keyboards, Van Hagar, Van Hallen III, and the rest.