I came very late to Jesus' Son, the brilliant, difficult, and mesmerizing book of stories by Denis Johnson, pictured below. who died on May 24 at the age of sixty-seven after a bout with liver cancer.  In the loosely connected stories, Johnson's narrator follows, and sometimes runs around with, a crew of desperate, marginalized characters in the American northwest, most of whom stagger around in a fog of joblessness, sexual messiness, and drug and alcohol excess, all of whom are elevated to genuine human scale by Johnson's feverish but incisive language, not to mention his sympathetic curiosity; no character is a druggie- or alcoholic-cliché who's easy to pity, scorn, or condescend to. Great stuff.

I loved the book, so I sought out Seek: Reports form the Edges of America and Beyond, a book of nonfiction travel essays Johnson published in 2001. Unsurprisingly,  among my favorite pieces in the book is a brief essay about a dive. "The Lowest Bar in Montana"—the title refers to the tavern's geographical depth relative to the highest point in the state—paints an affectionate picture of Club Bar, in Troy, Montana, a rough-and-tumble joint that Johnson frequented back when it was even rougher. It's still got its cranky charm, and Johnson, who'd been sober for many years when he wrote the piece, captures the details of the low-rent scene and the quirky regulars very well, with affection and respect. Back visiting, out of the blue he mentions a coffin in the back of the bar, and asks the owner, Tony, if he could look at it again. "Tony took me back to the storeroom to see it, a cheap one made of half-inch plywood that looks as if a big man would fall though the bottom when his pallbearers gave it a heave." 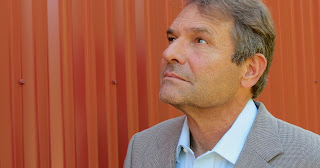 I have always believed the coffin will be mine when I die, so I can be buried in it in my backyard next to my wife Cindy and my dog Harold (Cindy’s not there yet; Harold is), with Tony Brown saying a few words in farewell (Tony performed the service at our wedding, too), but I believe he’s sold my coffin to, or promised it to, or used it for collateral on small loans from, a great many people. I haven’t actually paid for it yet myself. Generally he says it’s “for the next guy who dies in here.”

Johnson also describes an honest to goodness fight that he witnessed at Club Bar, though, waged as it was by day- and all-night-drunks full of liquid courage, the skirmish lacked cinematic drama. "Everyone in the place was up and fighting except for me and one old veteran of WWII," Johnson writes, "both of us hanging on to the poker table for dear life and hoping we’d have enough uninjured players to get the game going again when this was over.


It wasn’t the choreographed, stool-slinging slugfest you see in movies. There was just this squabble that the customers kept attaching themselves to until a kind of mass or glob of Montanan animosity heaved itself this way and that, shoving into the pool table and knocking over stools and repositioning the booths. Every time they got near the plate-glass window I thought they’d go through it, but they didn’t; not that time; some time later it got busted and was boarded over for several months, if I remember right.

Johnson ends the essay with a mild lament that the place had lost a bit of its edge, though "[p]lenty of the old spirit remains."


It’s just that you don’t need twenty-four-hour life insurance and a big dog to go inside and feel comfortable—though dogs are still allowed. “Not all dogs,” Tony advises me—“some dogs.”

To be sure, there are still the kinds of characters at the joint who Johnson remembers (barely) from the old daze. The piece ends with a beaut of a narrative moment, a glimpse of the blend of great nights and lousy mornings—and the pull in that queasy tension that's hard to resist—suffered by many a regular. "Just as I’m leaving, a guy out front in a big gold Buick with Washington plates wakes up with a dead battery.


I recognize him as one of last night’s patrons as he rolls out and looks at his car. “I been sleeping in it all night,” he says—maybe with the door cracked open or his head on the horn, and that would explain his lack of power. He studies the whole situation and delivers his conclusion:
“You can have one hell of a good time in that place.” 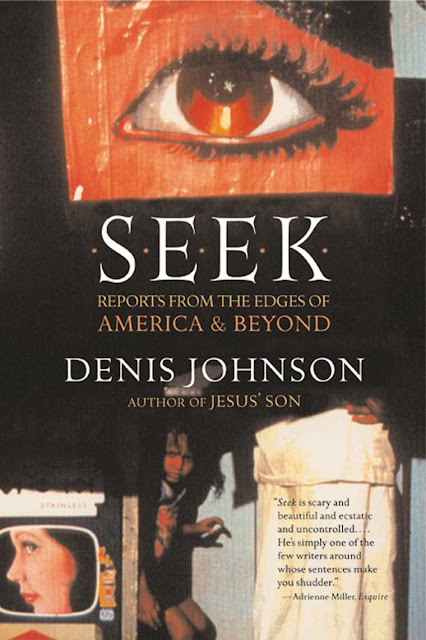